Charlie Maher started running marathons to get away from his demons. He kept running marathons to stay ahead of them. But it was grief that propelled him towards the finish line of his sixth race and into the history books last month as the first Indigenous Australian to finish the six ‘majors’: New York, Boston, Tokyo, Berlin, Chicago and London.

The 39-year-old beat alcohol addiction to claim the big six over a 12-year period as a graduate of Robert de Castella’s Indigenous Marathon Project. He was the first of four young men to finish in New York in 2010, no small achievement on the back of just six months training and a lifestyle change as brutal as it was transformative. 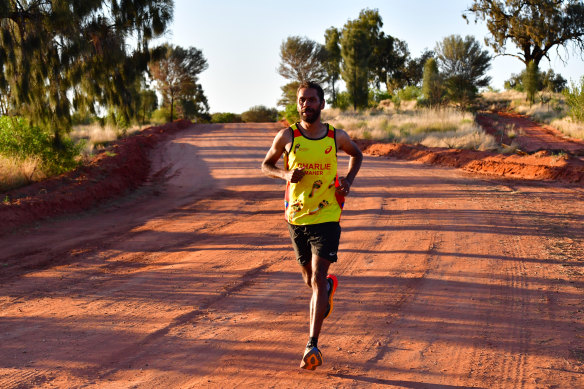 “I’m not out to compete against anyone, I’ve got to battle against myself and I’ve always given 100 per cent,” Maher says. “Alcohol’s been a big, massive demon in my life. The only way I could try to put it aside is to train hard enough for something in front of me.”

A Western Arrernte man from Albert Namatjira country near the Finke River, west of Alice Springs, he picked off four more of the world’s biggest marathons over the next eight years. He reloaded after the coronavirus pandemic to shoot for London this year, a feat that would have put him in a group of fewer than 200 determined Australians who have finished all six.

Then twin tragedies struck. First, his mother died after a massive stroke in 2021 and then his sister was diagnosed with cancer.

“She was my world, my mum … and if I wasn’t with her I was with my big sister,” he says. “I’ve had to draw on some sort of strength within myself to keep finding a way and [keep] not giving up, not making excuses. I’ve had to avoid going into dark places.”

“We were the rock thrown into the water and the rock created ripples. Ripples keep going and going. That’s what we’ve done, the four of us.”

Maher’s mother was the reason he finished school, the reason he stayed on some form of the straight and narrow as he floated between Adelaide and regional Victoria playing footy, and the reason he joined the Indigenous Marathon Project.

De Castella wanted to answer a question that had long intrigued him: did Indigenous Australians have the natural talent to rival the great African runners? He and filmmaker Matt Long hand-picked a group of four men from communities in the Kimberley, Arnhem Land and around Alice Springs. To enlist the services of Charlie Maher, however, they had to get past the family gatekeeper.

“His mum was amazing,” de Castella says. “If it wasn’t for the fact she’d seen me run at the Commonwealth Games in ’82 and knew who I was (de Castella won gold in Brisbane), he wouldn’t have taken part.” 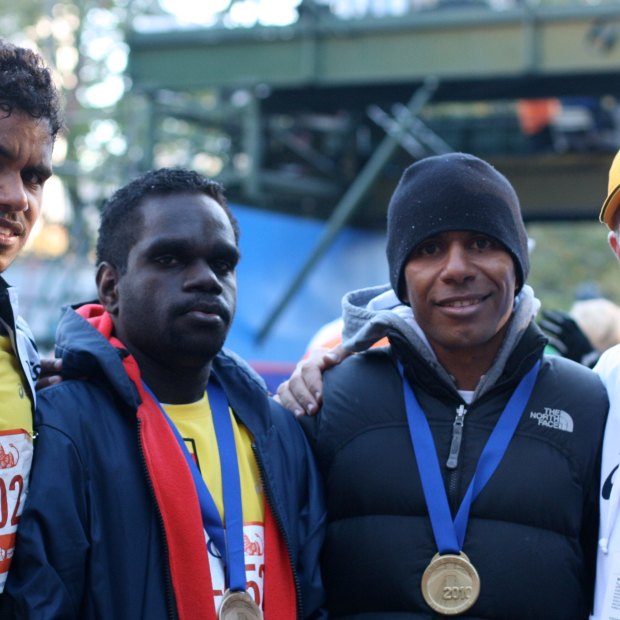 Her loss left a void, but it was his sister’s diagnosis months later that tipped Maher’s world off its axis. She died in May but, with 12 weeks to go, Maher resumed his training.

“She told me before she passed to do the marathon,” Maher recalls. “I said ‘I don’t want to do it sis, I want to be here for you’. I believe she knew she wasn’t going to be around to see it and that I was waiting for her approval. She said ‘we need positive things in our lives after the losses we’ve had’.”

Since Maher finished in New York with Juan Darwin, Caleb Hart and Joseph Davies, 109 runners have graduated the IMP. This weekend another eight will plant their feet behind the start line in New York. The IMP hasn’t unearthed an elite level runner after changing focus to health and education early on.

“Being exposed to Charlie and the circumstances that so many of our First Nations Australians live under and deal with on a daily basis changed things,” de Castella says.

“I found it really difficult to reconcile how we are so affluent a country and have, not just a significant group, but the first Australians, living with so much disadvantage and struggle. Using the marathon — the exercise was good in itself — but it was the sense of achieving and crossing the finish line … that amazing feeling of pride and self-worth, that helps to heal that broken spirit that so many of our First Nations people live with on a daily basis.

Chloe Wighton, a Sydney-based Wiradjuri woman, is one of the eight running this weekend. A mother-of-two and archaeologist, she admits she was terrified by the challenge but soon found it affecting every aspect of her life.

“What has stood out for me, which was hard to understand early on, was that the real impact wasn’t through the running, it was everything that came after that,” Wighton says.

“It’s been a huge physical and mental challenge but the sense of achievement is something else entirely and that translates in every other part of your life.”

After years dreaming about her own business, Wighton recently launched Bila Group, from the Wiradjuri word for river, a heritage consultancy firm integrating Indigenous ways of knowing and being with traditional archaeology. She says the IMP’s legacy is the power it gives to each of its graduates once they’ve crossed the finish line in New York. 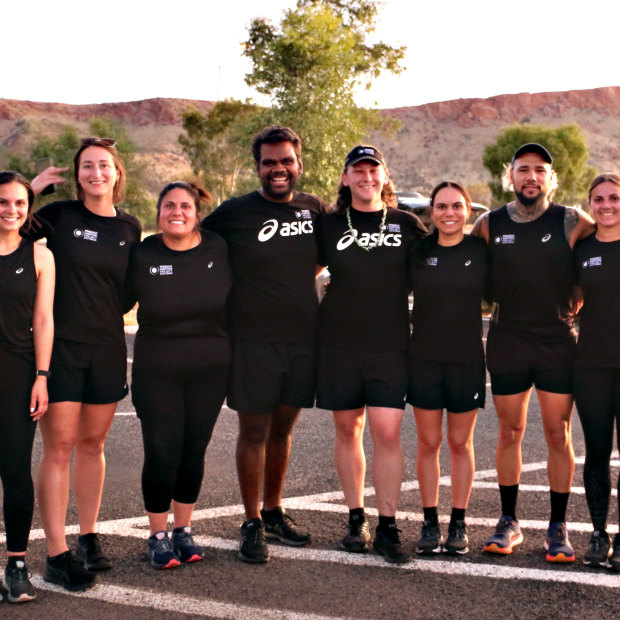 “We’re all really quick to write ourselves off, [to] say ‘you can’t do that’, but the training has let me distinguish between [my] perception of something and [my] physical and mental ability to execute whatever task it is,” she says.

Maher, meanwhile, is still running. He is the unofficial godfather of the IMP, spawning running and walking (RAW) groups in Port Macquarie and Alice Springs, the town to which he and his family returned after his mother’s death. He meets every new class of graduates to impart his hard-earned wisdom. He ran alongside Wighton on the 30km Alice Springs qualification run that each graduate must finish to make it onto the plane to New York. Across the country there are now more than 40 different IMP running communities.

“We were the rock,” Maher says of the 2010 runners. “We were thrown into the water and the rock created ripples. Ripples keep going and going and that’s what we’ve done, the four of us.”

This year, one of those ripples made it to nationals. A teenage runner from the IMP’s Bramble Bay group competed in the Australian junior cross country championships in August.

He put aside the athletic question a decade ago, but through the foundation’s work and its many ripples, ‘Deek’ may yet find an answer.