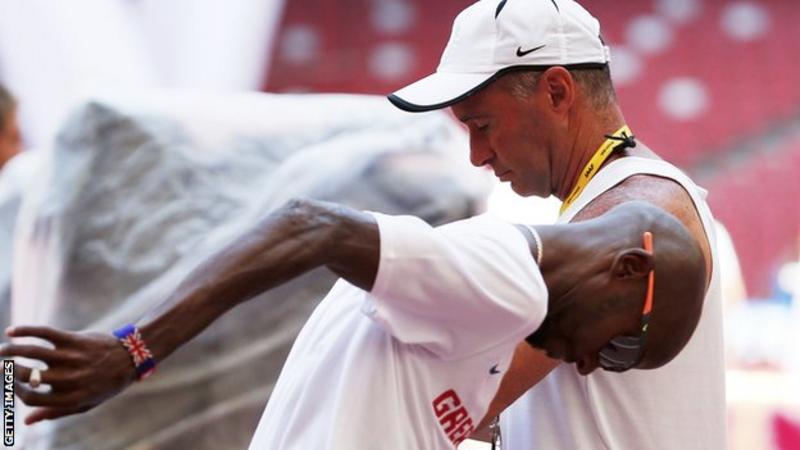 A report into how UK Athletics handled decisions about its relationship with disgraced running coach Alberto Salazar found the board changed its stance on severing ties with him.

This came after some members of the board claimed they felt subjected to “in effect blackmail” by UKA’s performance team, who suggested their jobs would become untenable were Farah to be forced to split from his coach.

A 130-page independent report published on Friday found UKA took “reasonable” decisions given the circumstances but its handling of the scandal “could have been better”.

Salazar was banned from the sport for four years in October after being found guilty of doping violations following an investigation by the US Anti-Doping Agency (Usada) and a two-year court battle.

The American ran the Nike Oregon Project (NOP) which was home to British four-time Olympic champion Mo Farah between 2011 and 2017.

There is no suggestion of any wrongdoing by Farah, who has never been accused of breaking anti-doping rules.

In light of the claims against Salazar in a 2015 BBC Panorama episode, an internal performance oversight committee (POC) was set up, which concluded there was “no concern” about letting Farah continue to be coached by Salazar.

In the report, Mehrzad makes a series of recommendations related to future reviews, strengthening the coaching code of conduct and governance of “high-risk” situations, all of which have been accepted by UKA.

The report describes how, after the POC’s findings, the UKA board decided unanimously that it would suspend its consultancy arrangement with Salazar.

Although the report finds Salazar was only informed of this verbally, rather than in writing, an “administrative oversight” meant he was sent a renewal contract in 2016. Mehrzad concludes this “could have been better”.

Farah and UKA’s senior performance team “strongly expressed their view” that Salazar should carry on coaching the athlete, the report states.

Indeed, it also says the UKA board described the position taken by performance director Neil Black and coach Barry Fudge on the issue as “in effect blackmail”, after the pair said their roles would be “untenable” if the Salazar-Farah coaching set-up was severed.

The suggestion of blackmail is strongly denied by Black and Fudge, who told Mehrzad that their role would have been “fundamentally undermined” if Farah had been forced to split from Salazar.

BBC Sport has approached Black and Fudge for comment.

The board accepted that Farah would continue to be coached by Salazar, and “in practical reality little changed”.

The report reads: “Reputationally UKA distanced itself from Salazar in a contractual sense but, in performance terms, Farah remained (the only British athlete) coached by Salazar.”

The report says that, while the board’s decisions “were within the reasonable ambit open to it in terms of decision-making at the time… the implementation process… could have been better”.

UKA responded to the report by saying: “The review… has found that the decisions made by UKA in response to a BBC Panorama in 2015… were reasonable at those times, taking into account the then circumstances and the information then available.

“The report also finds that the follow-up to those decisions could have been better managed and implemented.”

Nic Coward, UKA’s chair, acknowledged that the organisation needs to “lead by example”.

What’s the background to the case?

Salazar was appointed as a consultant to UKA’s endurance programme in 2013 after he masterminded Farah’s 5,000m and 10,000m gold success at the London 2012 Olympics.

Black, who described Salazar as “a genius” during their time working together, left his position shortly after the Usada finding.

Fudge, who was the contact point between Salazar and UKA, has continued in his role and will help prepare the Great Britain team for the 2020 Tokyo Olympics.

The report gives detail on the roles played by the pair when told that the board wanted to sever links with Salazar.

It reads: “So strongly did Black and Fudge feel about the issue, that they indicated that their positions would be ‘untenable’ if there was a knee-jerk severing of the relationship with Salazar by the board.

“Having then been informed of that position, some on the then UKA board felt that the stance taken by those individuals was ‘in effect blackmail’.

“However, those performance figures deny that to have been the case. Rather, they believed their position to be very straightforward: their ability to deliver against medal-targets set by UK Sport would be hampered if Farah was forced against his will to split from Salazar.

“If that was the decision taken by the board, they felt the central performance goals of their own respective roles and responsibilities would be fundamentally undermined.”

Mehrzad also found that the language used in UKA’s public statements about its decisions regarding Salazar in 2015 “could have been reasonably perceived as definitive at times”.

In hindsight, some UKA board members from 2015 “suggest that more careful language should have been used, especially when Usada’s investigations were ongoing and its outcome unknown”.

The executive summary of UKA’s 2015 review was also published for the first time on Friday.

In the recommendations presented to the UKA board on 27 July 2015, the performance oversight committee found that “despite the POC not finding any evidence to cause concern specifically around MF [Mo Farah] or the wider UKA endurance programme and the links with the OP [Oregon Project]; the UK Athletics board needs to consider the potential reputational damage linked to the claims currently known to have been made about Alberto Salazar”.

There were also “concerns and frustrations” raised to the POC that “our endurance programme is ‘all things MF’ and that there is limited development outside that”.

In light of this, UKA agreed to review staffing roles to ensure “the support provided by UKA to MF does not detract from the wider strategical and operational management and development of the UKA performance programme (Olympic and Paralympic) and endurance programme”.

On UKA’s 2015 internal review, Mehrzad said that, while “there is no basis to question the impartiality of the POC, which carried out the internal review, UKA is recommended to consider appointing an external, specialist independent person or body to carry out or chair a review into serious allegations (whether doping-related or otherwise) in the future”.

He added: “By doing so, there can be no rational perception of a lack of independence. Such an approach to reviews has also been the direction of travel within funded sport since around 2016.

Coward said: “John Mehrzad QC has delivered a thorough and detailed independent review into the decisions taken by the UKA board in 2015 and 2017, how they were taken, and the follow-up.

“The depth of insight provided by this independent review is timely support for a number of changes that need to happen, and which we are already getting on with. The sport has to meet the highest possible standards, and we need to lead by example.”

Charles Leclerc, Lando Norris sorry for Virtual Monaco GP crashes
Recent Posts
This website uses cookies to improve your user experience and to provide you with advertisements that are relevant to your interests. By continuing to browse the site you are agreeing to our use of cookies.Ok