Australian sprint queen Raelene Boyle has called on the International Olympic Committee to retrospectively award medals to athletes who were cheated by East Germany’s sports doping system in the 1970s and ’80s, but she does not hold out hope that she will ever receive the two gold medals she should have won on the track at the 1972 Munich Games.

The new boss of world swimming’s governing body, FINA, has vowed to right the wrongs of the past, telling News Corp that swimmers beaten by athletes who subsequently were found to have been doping should receive proper recognition. 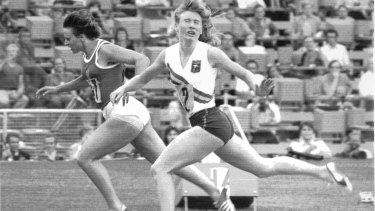 Only the IOC can redistribute medals but the stance taken by incoming FINA boss Husain Al-Musallam will put pressure on other sports, including athletics, to follow suit.

Unlike a line of Australia’s female swimmers, such as Michelle Ford, who are now suddenly in line for retrospective medals, Boyle doubts the day will come when she gets Olympic sprint golds.

The former champion runner is thrilled for the Australian swimmers likely to be retrospectively recognised as gold medallists, but does not think the change will extend to her sport.

“I think it’s fantastic, [but] I don’t think it is going to go anywhere,” Boyle said.

“It would be lovely if it went somewhere. But it’s a massive, massive job because you are not just talking ’72, you are talking ‘76. Maybe ’68.”

Al-Musallam said: ”FINA understands the concerns of athletes who have competed against others subsequently proved to have cheated.

“Athletes work their entire lives for a mere chance to compete for a medal, yet alone win one … so when athletes are denied the reward they worked so hard to achieve, FINA must do everything it can to right this wrong.” 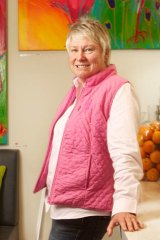 At least nine swimmers, including Moscow Olympic freestyle gold medallist Ford and Lisa Curry, stand to be given retrospective Games medals. Ford would add two gold in the 400m freestyle and 200m butterfly to the 800m freestyle gold she won at the 1980 Games.

Ford was the only non-Eastern Bloc female swimmer to win gold at the 1980 Games. Of the 11 women’s gold medals issued in the pool, nine were won by East Germans, one by a Russian swimmer and one by Ford.

It is documented in declassified Stasi files that East German Renate Stecher, who beat Boyle in the 100 and 200 metres in Munich, was part of the state-run doping program but in 2015 Stecher told the ABC: “I was an athlete. Everything was clean and proper as far as I was concerned.”

Boyle said one difficulty she has always faced is that in 1972 testosterone was not a banned substance. So while there is evidence, contained in the Stasi files, that the athletes were given testosterone, at the time there was no rule against it.

She said the period needed to be treated as an extraordinary historical event and medals awarded retrospectively.

“I think they should say now even though it was not banned at the time this particular substance that the women were on was a performance enhancing substance and really it is the IOC that have let us down,” Boyle said.

“They didn’t consider that a country would fill their elite female athletes with male testosterone.

“I just think it is convenient to ignore it because it is too hard. But I think they have got to.

“The big frustration for me is that the documentation is all in place. The names are all listed… and I don’t think half of these people knew what they were given.

“It’s all documented. The Stasi files, there’s a lot of it the public can’t go into, but I can go into Renate Stecher’s file because it affected my life and it is all there. I have seen documentation about what she took and she admitted to it and wanted to go off it because she wanted to have children later in life.

“In the Stasi museum they have an area addressing what happened in sport and the testosterone given to these young East German talented athletes.

“This is a proven thing, this is a well documented historical event by the country that performed them. It is not someone making allegations against the country it is the country saying we did this to our athletes.

“It is there and a whole lot of athletes around the world were cheated and I just think the IOC should come back with the medals.”

Tags: Boyle, for, Raelene, railing, retr
You may also like
Latest Posts