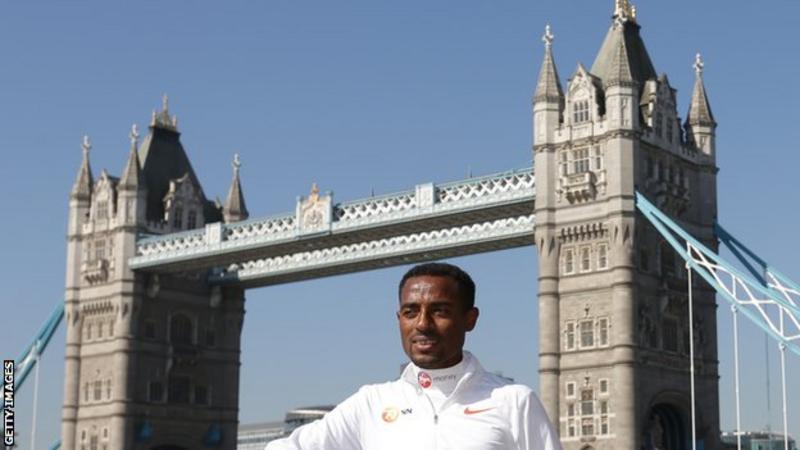 Ethiopia’s Kenenisa Bekele broke Mo Farah’s course record in the men’s Vitality Big Half race in London with a time of one hour and 22 seconds.

Bekele shaved 1:18 minutes off the record set in 2019 by Briton Farah, who missed out with an Achilles injury.

Britain’s Lily Partridge won the elite women’s race for the first time with a time of 1:10:50.

Two-time marathon winner Shelly Woods made a successful return to the capital in the women’s wheelchair race.

The full London marathon will take place on Sunday, 26 April.

Bekele’s victory sets up an exciting head-to-battle with Eliud Kipchoge, as the two fastest marathon runners of all time line up for April’s race.

“The new course record is a great bonus. I wasn’t focused on time today, I just wanted to win,” said Bekele.

“I’m on schedule in my preparation for the London Marathon in April. There’s no question about the crowds in London being great.

“They were cheering all around the course and it felt like a great place to be.”

Partridge – running in her third London half-marathon – cruised to victory in the women’s race.

“My coach said to me before the start that the goal was to win,” said Partridge.

“It wasn’t about the time today. It’s my fastest ever half marathon during a marathon build-up.”