Eliud Kipchoge, the world’s greatest marathon man, reckoned his first reaction was shock when he heard at home in Kenya that the 2020 Olympic Games had been postponed because of the coronavirus outbreak. That shock soon gave way to disappointment – but then defiance.

“We will win this fight against the COVID-19,” said the barrier-breaking Kenyan, who’s widely considered the world’s finest runner. And the man who last year became the first to run a marathon in under two hours confirmed he can see himself refreshed and ready to defend his marathon title in a rearranged Tokyo Olympics next year.

For the moment, though, the 35-year-old insists his only concern is to care for his family at their home in Eldoret.

Kipchoge explained he had been relaxing at home when he heard of the Tokyo postponement.

“I was a little shocked and I had to go back, just to think more. I think and then I said, ‘it’s not a bad idea to actually postpone’.

“You know the Olympic Games is whereby everybody wants to participate … it’s in the dreams of every sportsman in this world..”

“It’s a great time for us to go back, train again and we will come back with a lot of energy,” he said.

The pandemic has led to the postponement or cancellation of sporting events around the world, including the London Marathon, which next month was scheduled to be Kipchoge’s first outing since October’s landmark one hour, 59 minutes, 40 seconds run in Vienna.

Even though the run in Austria did not count as a world record because of the special conditions, the feat captured the world’s imagination and brought Kipchoge a whole new level of fame.

London had promised the mouth-watering prospect of a head-to-head with Ethiopian Kenenisa Bekele, the only other sub-2.02 marathoner, but Kipchoge said he was yet to think too far ahead about competing in the rescheduled race on 4 October. 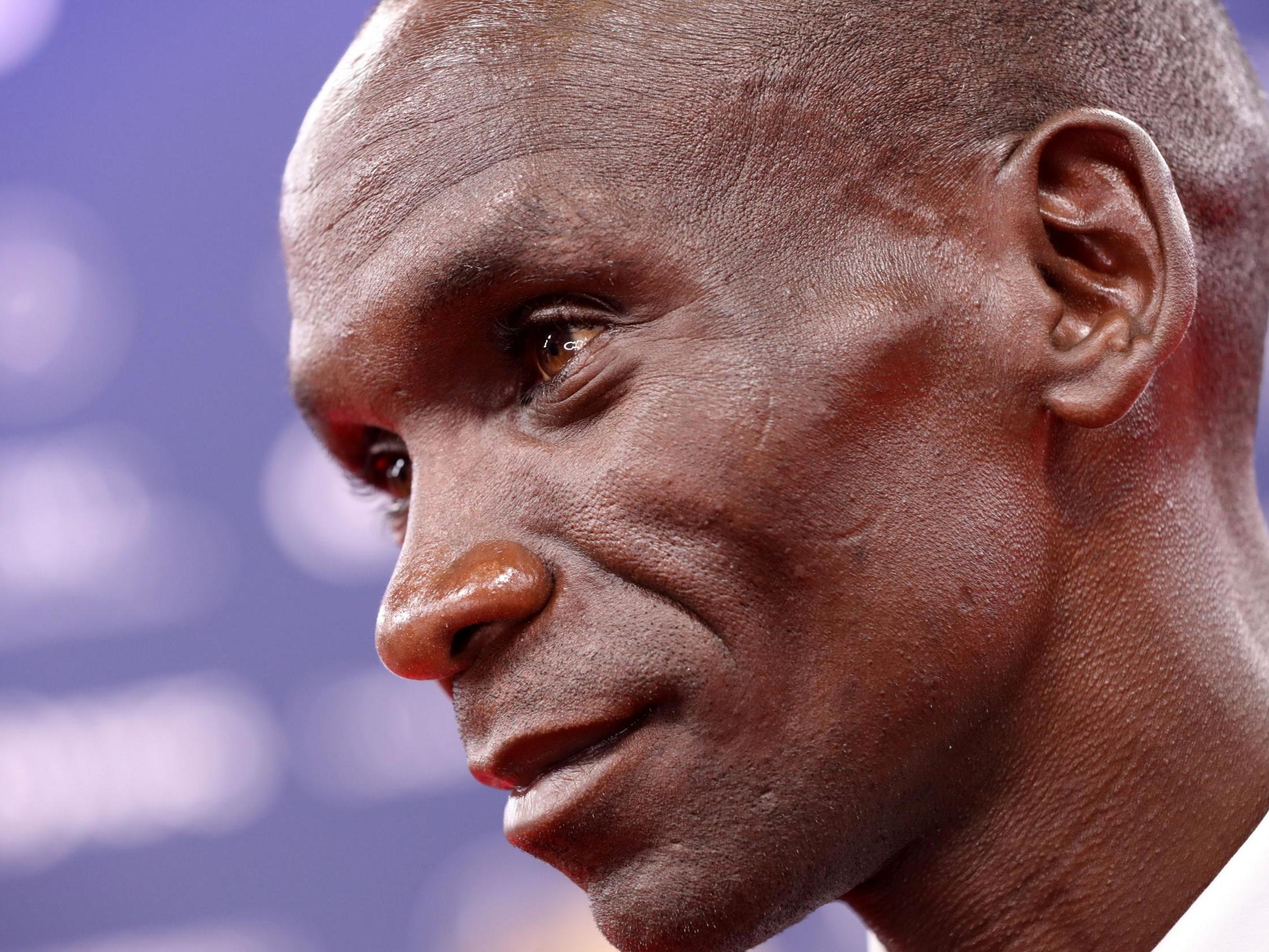 Kenya has confirmed 42 coronavirus cases, including one fatality, with the country having imposed restrictive measures to arrest the spread of the disease. Kipchoge misses the camaraderie of running with his teammates, hanging out with them afterwards and telling stories.

“It’s hard to run alone. When you have people around, the pace is okay, you just talk when you are running. You enjoy the run,” said Kipchoge, who hopes to resume serious training by May.

Asked whether the Olympics could be his last race, Kipchoge said it was too early to say.

“I am seeing myself still running again in 2021,” he said. “Let the year ahead (come) first, we will make a big decision after the year ended.”

In the meantime, Kipchoge has enjoyed spending time with his wife Grace and their three children, reading, visiting his farm and respecting government instructions about staying home as much as possible.

“Have some steps to run on, just let us keep fit. Read some newspapers, be with the family, watch good movies together,” is his message to other athletes. “Together within a couple of months to come, this COVID-19 will go away.

“My priority number one is to get the virus away, come back with one mind, one thinking, one line of actually standing and competing.”

Tags: 2, coronavirus, Eliud Kipchoge
You may also like
Latest Posts

Athletic Bilbao 'want Fernando Llorente' if they can afford his wages
Recent Posts
This website uses cookies to improve your user experience and to provide you with advertisements that are relevant to your interests. By continuing to browse the site you are agreeing to our use of cookies.Ok