On Tuesday night, two runners with naturally occurring high testosterone levels will race in the Olympic final of the women’s 200m in Tokyo. The two women, Namibian teenagers Christine Mboma and Beatrice Masilingi, are allowed to run in that event but they have reignited the debate about whether female athletes defined as having differences in sexual development, or DSD athletes, have a competitive advantage over other women.

What are differences in sexual development?

According to the Royal Children’s Hospital, DSD is an umbrella term for a range of variations in sex or reproductive development, which may include differences in genitalia from those typically associated with the gender assigned at birth, differences in production of hormones, in chromosomes or reproductive organs. 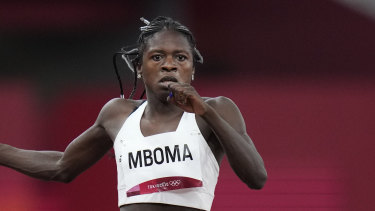 Christine Mboma set a new under-20 world record in the 200m semi-finalCredit:AP

In the context of the Olympics, the term has come to describe athletes who were assigned a female gender at birth, but have naturally occurring testosterone levels high enough to suggest internal sexual characteristics that are not typically male or female. Previously, DSD athletes have also been classified as “intersex” athletes.

The most famous example of a DSD athlete is the South African dual 800m champion Caster Semenya, although it is important to note that she does not define herself this way. “I am a woman and I am fast,” she has said of her identity. 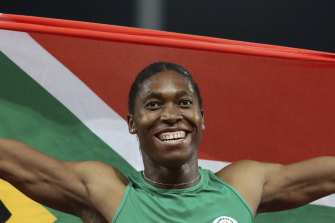 However, the New York Times reported recently that while she was raised female and has identified as a woman all her life, Semenya possesses both X and Y chromosomes and has naturally occurring high testosterone levels, high enough to suggest the presence of testicular tissue or internal testes.

Semenya has been the fastest woman over 800 metres for more than a decade, but she is not competing at the Tokyo Olympics because, after the 2016 Rio Games, world athletics’ governing body introduced new rules covering the participation of DSD athletes in elite competition.

The issues for athletes classified as DSD should not be confused with the debate about whether transgender athletes should be allowed at the Olympics, which has been in the news since New Zealand weightlifter Laurel Hubbard became the first openly trans athlete to compete at the Games.

What are the rules for DSD athletes at the Olympics?

World Athletics rules stipulate that women competing in races between the 400m and 1500m must have testosterone levels below five nanomoles per litre.

Athletes with elevated levels of testosterone, the hormone associated with biological masculinity, can only run at these distances if they take medication to bring their testosterone levels below the legal threshold. Semenya, and several other athletes in her position, have refused to do so.

Court challenges to World Athletics’ rules, which were upheld by the Court of Arbitration for Sport and applied by the International Olympic Committee for these Games, are not expected to be heard for months, leaving Semenya unable to defend the 800m titles she won in London and Rio.

“I know that the IAAF’s regulations have always targeted me specifically. For a decade the IAAF has tried to slow me down, but this has actually made me stronger,” Semenya said when CAS turned down her appeal in 2019.

The 30-year-old attempted the 200m and the 5000m, but her times at those distances were not quick enough to earn a place at the Tokyo Games. In fact, her best time for the 5000m was 22 seconds slower than the Olympic qualifying time.

Sports scientist Ross Tucker has explained that while the 2016 rules for DSD athletes initially covered all events, World Athletics revised its policy after it could only establish an association between performance and testosterone levels in events from 400m to 800m (1500 was added because it was deemed similar to 800.) Hence, DSD athletes can race the 200m.

What’s the situation with Beatrice Masilingi and Christine Mboma?

The two Namibian women, both 18, were informed in July that tests had revealed they had elevated testosterone levels and would be banned from their preferred event, the 400m.

Masilingi had recorded the third-fastest time this year in the 400 (49.33) and was a medal contender at that distance.

It has been reported that the women, their families and Namibian Athletics were unaware until the testing of their high testosterone levels. Masilingi told BBC Sport Africa she was crushed.

“In the beginning I was very down, you can’t come and tell me now I am not a woman. That is really frustrating and gets me on my nerves but there’s nothing we can do about it at the moment,” she said.

”It is really unfair because you cannot expect everyone to be the same, everyone to have the same abilities. We are born with different abilities, we can’t be the same. It doesn’t make sense.”

Under World Athletics rules, Masilingi and Mboma are still allowed to compete in the 200m, in which both came second in their semi-finals on Monday night despite it being their second-choice event. Mboma ran a personal best 21.97, breaking the under-20 world record, behind Jamaican champion Elaine Thompson-Herah.

Masilingi posted a time of 22.63 behind another Jamaican star, Shelley-Ann Fraser-Pryce.

What are the rules for lower levels of sport?

In 2019, the Australian Human Rights Commission launched guidelines for the inclusion of transgender and gender diverse people in sport. It’s important to note that these guidelines are not designed specifically for people with differences in sexual development, and are also intended to guide sporting organisations in their policies for people who are non-binary or transgender.

In effect, differences in sexual development may only come to light when athletes submit to testosterone testing at the elite level.

In cricket, the grassroots guidelines stipulate that clubs must allow players to take part in community cricket competitions in line with their gender identity, irrespective of the sex they were assigned at birth. But at the elite level cricketers are required to maintain testosterone levels below 10 nanomoles per litre for a year.

Collision sports, such as the rugby codes and Australian rules, have to consider safety as well as inclusion and fairness. The AFL last year launched a gender diversity policy allowing transgender women to play in grassroots women’s leagues without lowering their testosterone levels, and non-binary people to play in the competition of their choice.

Tags: are, athlete, for, rules, THE, What
You may also like
Latest Posts