Twenty-one European players have been named NBA All-Stars since 1993, beginning with Detlef Schrempf. For the first time, we will have six appearing in the same All-Star Game this year.

Europe has given the world many things. The space suit, bullet proof vest and alarm clock for example. The submarine, printing press, aerosol can, internal combustion engine, thermometer, loudspeaker, heartrate monitor, soft contact lenses and automatic gearbox, just off the top of my head.

All invented by Europeans. Not just in the past, either. Where would we be in this current global pandemic without Skype, written by Estonian software developers?

On Zoom instead, probably, but the point remains. We have a lot to be grateful for, but one gift stands head and shoulders – quite literally – above the rest: the Euro Big Man.

Give me Zydrunas Ilgauskas over the alarm clock any day of the week. Especially on Mondays. 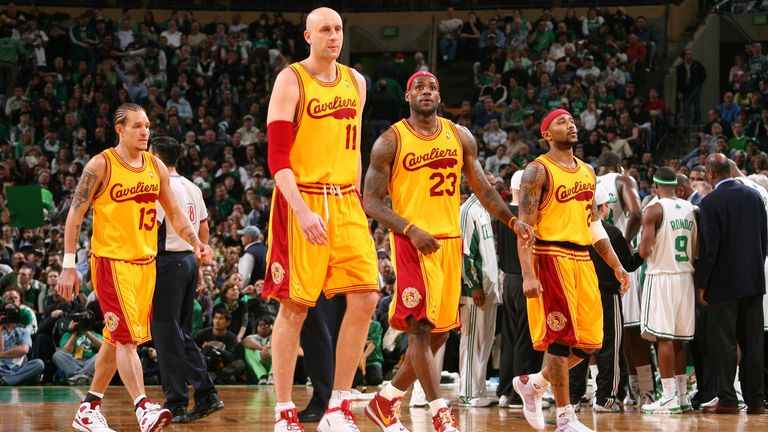 Go through the list of iconic European players in NBA history and while there are many exceptional guards, it’s the forwards that really catch the eye and make the heart flutter.

Schrempf, Toni Kukoc, Arvydas Sabonis, Vlade Divac, Peja Stojakovic, Dirk Nowitzki, Andrei Kirilenko, Hedo Turkoglu and Pau Gasol are all names forever etched into the tapestry of the league, the mere mention of which conjures grainy flashbacks to their pomp.

That heritage is now stronger than ever. In Giannis, Luka, Jokic, ‘Vooch’, Domas and Rudy, Europe has a record six NBA All-Stars.

Let’s take a moment to celebrate that as we head into the 70th NBA All-Star game this Sunday.

With all due respect to Luka Doncic (essentially a point guard in a forward’s body), Giannis Antetokounmpo (a transcendental force of nature disguised as a basketball player) and Rudy Gobert (a traditional paint-dominant center) we’re going to focus on the archetype – big, eastern European centers who play like they’re in a Globetrotters jersey. It’s not a science but try and stop me from treating it like one!

That being said, there isn’t a more consistent flashier passer around today than Nikola Jokic, even if his team-mate Facu Campazzo might have something to say about it.

The Denver Nuggets center is having an MVP-calibre season, averaging 27 points, 11 rebounds and nine assists per game whilst putting up monster box scores for fun.

Jokic can do it all: bruising scoring in the post, mid-range jumpers, threes, as well as gobbling up rebounds like a rogue Hungry Hippo and throwing highlight reel passes from every spot on the floor.

Whether he wins the MVP award or not – currently he has a hell of a fight on his hands given the recent performances of Joel Embiid and James Harden – Jokic is making history.

He recorded the 50th triple-double of his career with 37 points, 11 assists and 10 rebounds in a blowout win on the road against Giannis and the Bucks on Tuesday, becoming the only center other than Wilt Chamberlain to achieve the feat.

Perhaps even more impressive is the fact that only Oscar Robertson and Magic Johnson recorded 50 triple-doubles faster through their careers.

This will be the third straight All-Star appearance for the Serbian, who is still only 26 and seems to improve with each passing season.

Selected with the 41st pick in the 2nd round of the 2014 draft, Jokic is now firmly established as one of the best players in the NBA. The Nuggets really did strike gold. 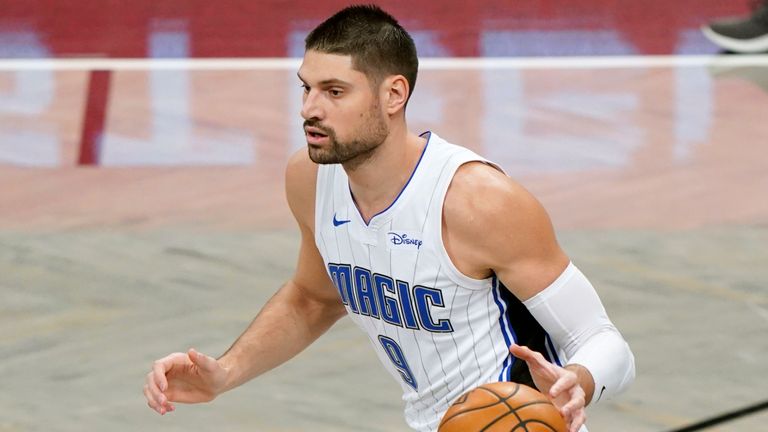 It feels like the Swiss-born Montenegrin center affectionately known as ‘Vooch’ has been flying under the radar in the NBA since time began.

Originally drafted by the Philadelphia 76ers, Vucevic was traded to the Orlando Magic as part of the infamous three-team deal that moved Dwight Howard to the Lakers in 2012, back when he was Defensive Player of the Year three seasons running.

We all know how that trade worked out, but it’s worth mentioning that nobody thought much of Vucevic joining the Magic.

Eight seasons on however and ‘Vooch’ has quietly starred for the franchise ever since, becoming their third all-time points scorer behind only Howard and Nick Anderson.

Vucevic is also eighth in Magic history for assists, second in rebounds and third in blocks. Given that play-off success pretty much ended the moment Howard left town, and he has played on some consistently woeful teams, he has been as stellar a replacement as anyone could have wished for.

Now 30, he’s finally getting his due after years spent as one of the most underrated players in the league.

Vucevic is once again carrying a poor Magic roster to the tune of 25 points, 12 rebounds and four assists. The versatility of his offensive game remains as good as any big man out there, proven by the fact that he’s shooting 41 per cent from deep to go with his polished array of post moves.

Look at him there, mixing with Steph Curry beyond the arc and Joel Embiid down low. His second All-Star appearance is more than deserved.

Given his father is the aforementioned Arvydas Sabonis, one of the most revered European players of all time, ‘Domas’ had mighty big shoes to fill.

In fact, Domantas was born in Oregon whilst his father was playing for Portland. He does, however, represent Lithuania at international level.

While Arvydas was never an NBA All-Star, he only joined the league when he was 30 years old, having already dazzled in Europe for 14 years and with injuries beginning to take their toll. 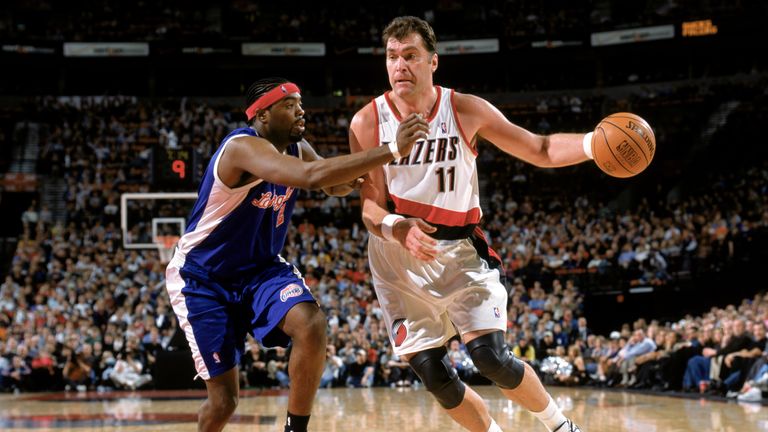 Regardless, Sabonis senior quickly became a fan favourite with the Blazers and was once described by Bill Walton – a guy who knew a thing or two about great centers – as a “7ft 3in Larry Bird” due to his shooting range, passing ability and court vision.

Those gifts have certainly been passed down to Domantas, who has inherited his father’s knack for playmaking as the offensive hub of this Pacers team, one of the surprise packages during the early part of the season.

As you can tell, the apple certainly didn’t fall far from the tree.

Domas is averaging 21 points, 11 rebounds and six assists for Indiana this year, enough to make his second straight All-Star appearance, albeit as an injury replacement for Kevin Durant.

Nevertheless, the selection is a deserving one in a stacked East frontcourt, even if Bam Adebayo and Khris Middleton can feel unfortunate to miss out.

Sabonis will also once again compete in the Skills Challenge event, where he finished as a runner-up last year to Adebayo after knocking out the defending champion and fellow Eastern Conference All-Star Jayson Tatum in the semi-final.

Given all the driveway one-on-one hoops with his father, don’t be too surprised if he takes the crown this time around.

Make sure to join us this Sunday for the 70th NBA All-Star Game, along with the Dunk Contest, 3-Point Contest and Skills Challenge live from 23:30 on Sky Sports Arena

Tags: All-Stars, Jokic, Nikola
You may also like
Latest Posts