Blake Griffin ‘signs with Boston Celtics’ after briefly starring against them in last year’s playoffs, as team looks to bolster frontcourt depth after Danilo Gallinari tore his ACL

Blake Griffin has reportedly signed with the Celtics after spending parts of the last two seasons with the Nets, adding to Boston’s frontcourt depth as the team looks to go one further than its NBA Finals appearance last season.

The contract is a fully guaranteed one-year deal, according to ESPN.

Griffin joined the Nets during the 2020-21 season after agreeing to a buyout with the Pistons, and went on to play a significant role in the subsequent postseason as Brooklyn fell to the Bucks in the second round. 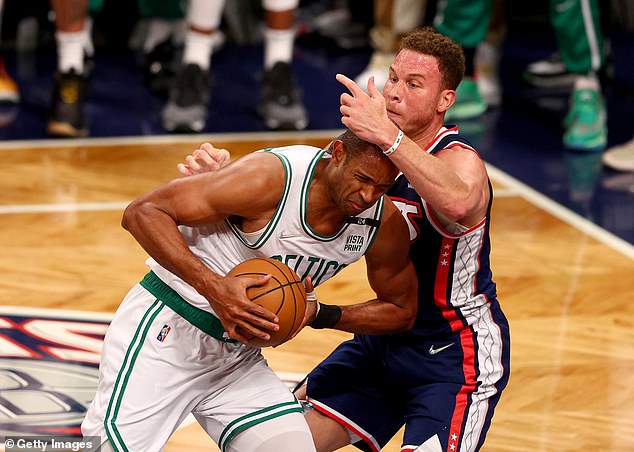 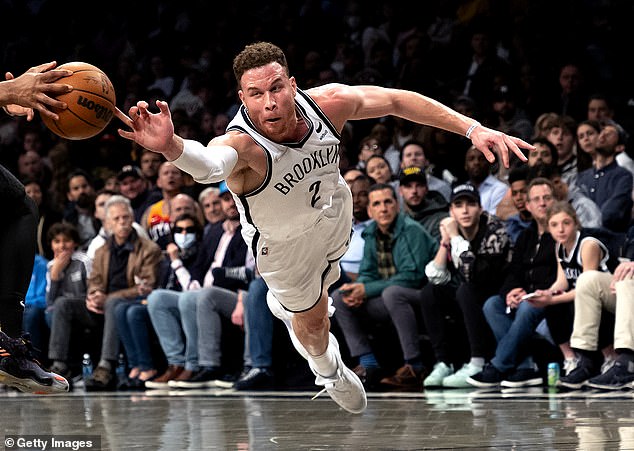 Griffin provided valuable energy for the Nets when called upon, drawing 26 charges in 2021-22

But Griffin found playing time harder to come by last season, logging 25 DNPs and playing a career-low 17.1 minutes per game as he often found himself out of coach Steve Nash’s rotation.

After sitting for the Nets’ first two playoff games vs. the Celtics last year, Griffin was inserted in the third quarter of Game 3 as Nash attempted to save the flagging team’s season.

Griffin scored eight points in that game (including two-three pointers) in under eight minutes to bring life to the Nets, but Brooklyn ultimately lost the game before being finished off in Game 4.

The six-time All Star will provide welcome depth down low to a Celtics squad that has seen two frontcourt players sidelined this offseason. 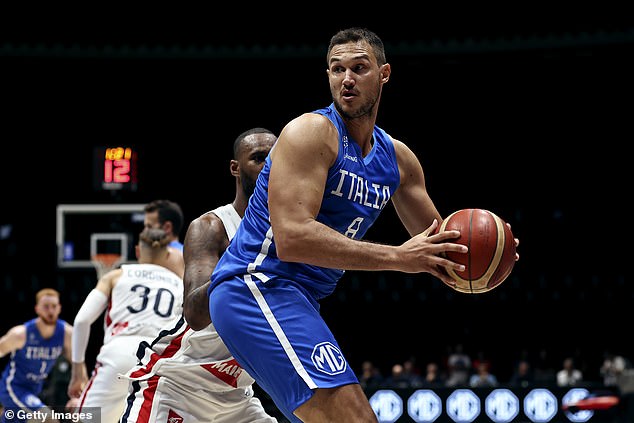 Sharpshooter Danilo Gallinari tore his ACL playing for Italy after signing for Boston this summer, and Robert Williams will be out for 8-12 weeks after getting knee surgery last week.

Williams had previously battled through knee issues during the postseason as the Celtics made a run to the NBA Finals, where they lost to the Warriors in six games.

Griffin is slated to play a bit-part role for the Celtics, but they’ll be hoping he brings energy to the court when called upon after joint-leading the league in charges drawn last season.