Technically, a 3-0 series deficit is not insurmountable. Except in the NBA, it seems.

It’s been done four times in the Stanley Cup playoffs, most recently by the eventual Stanley Cup champion Los Angeles Kings in 2014. Done once in baseball, the Boston Red Sox pulling it off against the New York Yankees on their way to winning the 2004 World Series. There’s been a few instances of it in the minor leagues, too.

The first clinching opportunity of this year’s NBA playoffs has arrived, and history says the Milwaukee Bucks can go ahead and start prepping for the next round. They lead the Miami Heat 3-0 in their Eastern Conference first-round series, with Game 4 set to start a postseason quadruple-header on Saturday.

Also on Saturday, Denver will aim to take a 3-1 series lead when they play Game 4 in Portland; Philadelphia go to Washington seeking a 3-0 lead as that series resumes after a fan throwing popcorn on injured Wizards guard Russell Westbrook became the story of Game 2, and Mike Conley plays his 29th playoff game in Memphis – but his first as part of the opposing team – when Utah visit the Grizzlies for Game 3 of that knotted matchup.

“Being up 2-1 is great,” Nuggets coach Michael Malone said after his team won in Portland on Thursday night to regain control of that matchup. “It’s the same situation they were in. They came into our building, won Game 1 and we were able to even it up. And they’re going to come out ultra-aggressive because they’re not going to want to go back to Denver down 3-1. So, we’re going to get everything, the kitchen sink, you name it, come Saturday afternoon.”

Teams have held 3-0 series leads in best-of-seven NBA matchups on 140 previous occasions. A sweep was the result in 87 of those, or 62 per cent of the time; 40 series ended in five games; 10 ended in six and three even got pushed to a Game 7 – most recently Dallas’ victory over Portland in the 2003 first round. 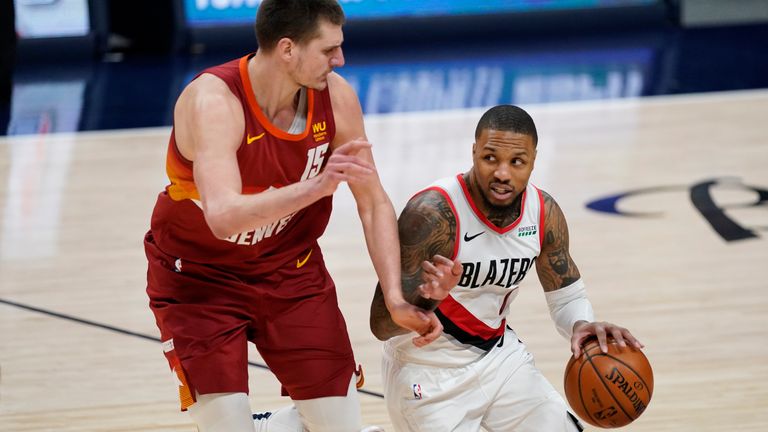 The roles were flipped last season in the East semi-finals. Miami led Milwaukee 3-0 in the NBA’s restart bubble at Walt Disney World, and the Bucks – even with Antetokounmpo out with an ankle injury – found a way to force Game 5 before the Heat closed out the matchup.