This time, Carmelo Anthony does not have to wait over a year for an NBA team to agree to a deal with him.

On the second day of free agency Saturday, Anthony agreed to a one-year deal to stay with the Portland Trail Blazers after helping them advance to the first round of the playoffs last season, offering scoring and defense as a reserve.

Anthony has cemented a Hall-of-Fame-worthy career as one of the league’s best scorers in this past generation. But after the Oklahoma City Thunder waived him in the 2018 offseason amid a hefty salary, Anthony struggled to find staying power. The Houston Rockets waived him shortly after the season started. Afterward, Anthony went unsigned, and criticism emerged about whether he would accept a reduced role or pay cut. 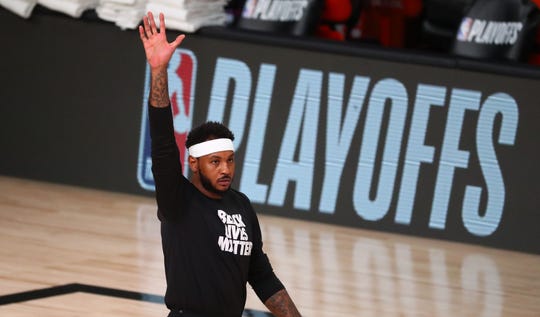 Anthony accepted those conditions last season with Portland, which liked how he fit in with the team’s stars (Damian Lillard, C.J. McCollum) and role players (Jusuf Nurkic). The Trail Blazers consistently lauded Anthony for accepting his new role without complaint, and Anthony expressed appreciation for Portland creating a welcoming, accountable culture.

McCollum welcomed Anthony back with a message on Twitter shortly after the news was reported by various outlets.