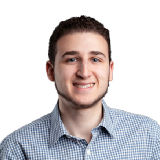 As we near the end of February, the stakes continue to grow higher with Selection Sunday fast approaching. Last week, ESPN+ featured many mid-majors that could create chaos if they reach the Big Dance, including East Tennessee State and Northern Iowa.

Flipping to the next seven days, the Big 12 is back with the top game of the week, but bubble squads and matchups that could decide regular-season conference titles will spotlight much of the slate on ESPN’s streaming service.

Despite a loss to Kansas this past week that snapped a 23-game win streak, Baylor is still chasing the No. 1 overall seed in the NCAA tournament. The Big 12 postseason tourney is on deck, but two straight home losses, including one to last-place Kansas State, would not look good on the Bears’ resume.

The eye test is pretty simple if you’ve watched the Bears this season. They are versatile and deep in the backcourt, and they rely heavily on their defense — third in the nation in points allowed. Scott Drew’s bunch even blew out a top-15 West Virginia team without its second-leading scorer, MaCio Teague, and the Bears have won all four games in conference play when star guard Jared Butler scored fewer than 10 points.

Kansas State’s biggest weakness is on offense, so Baylor certainly has the upper hand in more departments than just talent. If a hangover from the Kansas clash remains, though, the Wildcats could steal a victory that would change the outlook of postseason seeding throughout the nation.

With victories in 11 of its past 13 games, Rhode Island has turned itself into an NCAA tournament team, thanks to a strong defense and the consistently entertaining play of Fatts Russell.

The Rams are unlikely to capture the Atlantic 10 regular-season title even with a game remaining vs. Dayton; however, reaching the Big Dance for the third time in four seasons would be a true accomplishment for David Cox & Co.

Like the No. 1 game on our list, this too is a must-win for the better squad. Rhode Island can hang its hat on a sweep vs. VCU, victories over Providence and Alabama, and only three losses in A-10 play, but the Rams don’t want to risk sweating Selection Sunday out because of a loss to 7-19 Fordham.

It’s officially “code red” for VCU. The preseason favorite in the conference needed a victory against Dayton, and while the Rams almost pulled off the upset at home, the fact is that they are trending in the wrong direction at the wrong time with four straight losses.

With Marcus Evans constantly banged up, the Rams have lacked a game-changing superstar like Obi Toppin at Dayton or Russell at Rhode Island. This has stripped them of their true potential despite the Rams having four starters back from last season.

The closest player to “star” status is Marcus Santos-Silva, who is nearly averaging a double-double this campaign and continues to fly under the radar nationally. Santos-Silva will duel freshman phenom Tre Mitchell, making this more than just a desperation game for Mike Rhoades’ bunch.

This is another opportunity to check out Mitchell, but this showdown is more about Richmond and its pursuit for its first NCAA tournament appearance since 2011.

The Spiders are tied for third place in the Atlantic 10 despite recording a disappointing road loss to St. Bonaventure over the weekend. They have notched 20 wins overall and sport the guard play, experience and skill to make noise in March.

But first, they must find a way to stop Mitchell to get back to their winning ways. It will be up to Nathan Cayo and Grant Golden to handle the bulk of the work against the freshman, while the three-headed guard trio leads the offense for this bubble squad.

While Furman and UNC Greensboro are unlikely to receive an at-large bid regardless of how the remainder of the season turns out, these are two of the top three teams in an underrated SoCon going head-to-head.

The Paladins lost by 13 in the first meeting between these schools as leading scorer Jordan Lyons struggled to the tune of just nine points on 2-of-7 shooting. They also allowed the Spartans to score 86 points and shoot 52% from the field, making defense their priority in this second go-around.

Regardless of the numbers, watching Isaiah Miller face off against Lyons and Noah Gurley is worth tuning in.

With Yale leading Princeton and Harvard by one game, this matchup could be a significant factor toward the finish for the No. 1 seed in the Ivy League tournament and the regular-season conference crown.

The Tigers’ season completely shifted after a two-game losing streak to Drexel and Monmouth in early December — they immediately ripped off eight victories in nine games. Led by three double-figure scorers, this group has the balance and offensive efficiency (shooting 46.2% from field) to earn the league’s automatic bid.

On the flip side, Yale lost Miye Oni off last season’s unit but still was heavily in the mix for an at-large bid before its loss to Penn. Now the Bulldogs — like their opponent — probably will be forced to win the postseason tournament if they want to make the Big Dance in back-to-back years for the first time in program history.

Two stars dueling? First place potentially on the line? And a strong mid-major trying to mentally overcome one of the worst losses of the season? This OVC showdown is a must-see for mid-major hoops fans.

Austin Peay and Murray State will rely heavily on junior guard Terry Taylor (21.9 points per game) and sophomore guard Tevin Brown (17.7 ppg), respectively, as they try to break a three-way tie atop the Ohio Valley Conference.

Both teams are eyeing the regular-season crown, but the Racers blew a 27-point lead in the second half vs. Eastern Illinois before losing on a buzzer-beater last week. That type of defeat tends to stick around with a team, so this will be an opportunity to see how the Racers look before the league tournament.

Another mid-major bubble team is in action as East Tennessee State looks to extend its seven-game win streak and continue to hold on to first place in the SoCon.

Even though Wofford has proved to be dangerous with Nathan Hoover and Storm Murphy in the lineup, the Buccaneers can ill afford to lose to any team not named Furman or UNC Greensboro if they want a chance of receiving an at-large bid on Selection Sunday.

That means all the pressure is on Tray Boyd III and the balanced bunch to continue to overcome the loss of Jeromy Rodriguez. The senior forward’s absence didn’t impact the Bucs much in a critical home win over Furman last week, so expectations remain high without one of coach Steve Forbes’ top players.

A rivalry game? Check. A battle for the top spot in the Summit League? Check. The Jackrabbits and Bison clash in what looks like — on paper at least — an entertaining showdown.

We’ll start with South Dakota State, which sports an elite offense led by junior forward Douglas Wilson (18.5 ppg). The Jackrabbits’ production offensively has been so elite that they’ve lost only one game since Dec. 29 and have scored more than 90 points in four of those victories.

Meanwhile, North Dakota State came into this campaign as one of the better mid-majors in the nation. The Bison returned all five starters from a squad that made the NCAA tournament and trailed by only four at halftime vs. No. 1 Duke in the opening round. While an at-large bid is out of the question, NDSU can earn better seeding as it looks to win the Summit Conference tournament once again.

With a 24-3 record and one of the best wins of the season regardless of conference, Stephen F. Austin presents an interesting case as a potential at-large bid.

A loss at home to Texas A&M-Corpus Christi certainly doesn’t look strong, but the Lumberjacks are one of only two road teams to win at Duke’s Cameron Indoor Stadium this season — Louisville is the other. SFA’s other losses came on the road at Rutgers and Alabama.

That puts immense pressure on the Lumberjacks to not only defeat Northwestern State — a team that gave them a bit of a scare the last time they played in late January — but to look dominant while doing so. Coach Kyle Keller’s bunch will need to be ready.