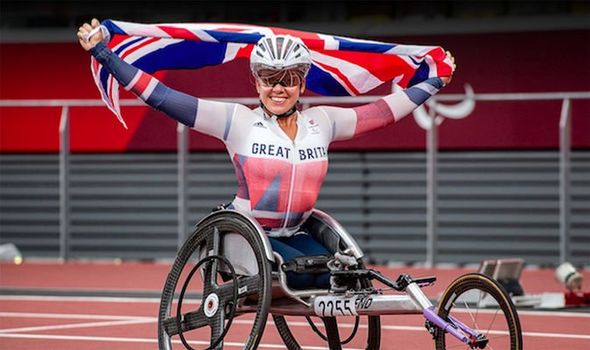 She said: “I honestly didn’t know that time was within me.”

She said: “Dreams really do come true.” Lee Pearson increased his personal haul to 13 Paralympic golds as he joined Natasha Baker and Sophie Wells to retain the equestrian team title.

Chris Skelley triumphed in the visually impaired judo, bursting into tears and grabbing the Union flag after his win over American Ben Goodrich.

In rowing, there were two golds as mixed double sculls pair Lauren Rowles and Laurence Whiteley defended their title as did the mixed coxed four team.