LeBron James had 40 points and eight rebounds in his first career meeting with Zion Williamson while leading the Los Angeles Lakers to their sixth straight victory, 118-109 over the New Orleans Pelicans on Tuesday night.

Anthony Davis had 21 points and 14 rebounds to remain unbeaten in his three meetings with his former team this season.

In the Lakers’ first game after an emotional memorial service for Kobe Bryant at Staples Center on Monday, James opened up a close contest with back-to-back buckets at the rim with about three minutes left. Danny Green sealed it for Los Angeles with his fifth 3-pointer with 51 seconds to play. 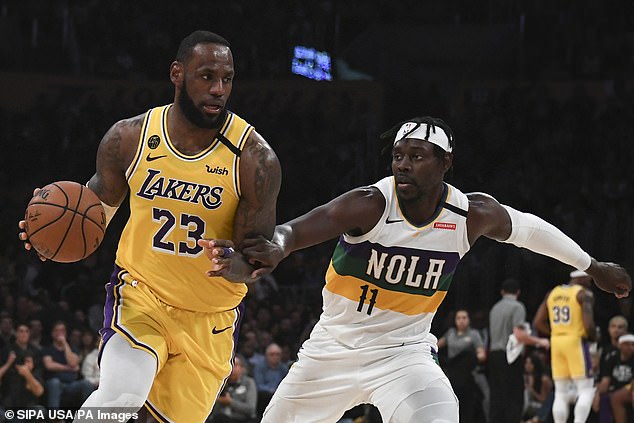 Williamson had 29 points and six rebounds in his first career showdown with James and Davis, his predecessor as the Pelicans’ centerpiece. In his 13th NBA game, Williamson scored at least 20 points for the ninth consecutive time, but managed only one field goal in the fourth quarter.

Brandon Ingram had 34 points against his former team, but just six in the final period as New Orleans lost for only the second time in seven games.

Williamson was still injured for the Pelicans’ first two meetings of the season with the Lakers, but the No. 1 overall pick’s delayed debut in Hollywood was as entertaining as everyone hoped. Williamson had several impressive dunks in his usual fearsome floor game, and only six missed free throws kept him from surpassing his career high of 32 points.

Davis is the leading scorer and rebounder in New Orleans franchise history, making six All-Star teams during his tenure. He went just 6 for 21 from the field in this meeting, failing to score 40 points against the Pelicans for the first time. 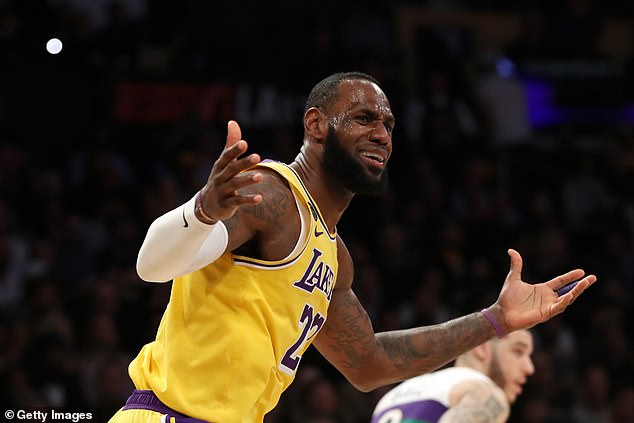 Lonzo Ball had 10 points, eight assists and eight rebounds, and Josh Hart scored three points in their second return to face the Lakers, who traded them to New Orleans along with Ingram last July for Davis.

The Pelicans also got three first-round draft picks in their princely haul for Davis, who had requested a trade. Davis has been just as good as the Lakers hoped in propelling them back to NBA championship contention, while the Pelicans are getting an All-Star season from Ingram alongside Williamson in an increasingly potent core.

James scored 11 points in less than two minutes early in the third quarter to stretch the Lakers’ lead to 14 points, but Ingram scored 10 in the period to keep it close.

Alex Caruso provided the Lakers with his usual injection of energy in the fourth quarter, particularly with a stunning block of Ball’s shot at the rim that left Ball flat on his back. Caruso finished with eight points and eight assists. 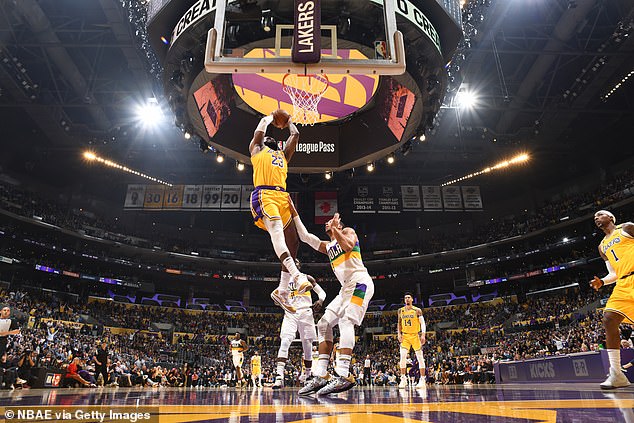