Thousands and thousands, including elite athletes and members of the general public, will descend upon the nation’s capital to take on the 2022 London Marathon today. The iconic event is usually held in April, but the 2020 and 2021 editions were moved to October due to the Covid pandemic. When this year’s event was being organised, it was unknown if the restrictions would still be in place in April, so the October date has remained for another year, but will return to its usual date in 2023.

The annual event will take place this morning, with the elite wheelchair men’s and women’s races commencing at 8.50am.

The elite women’s race will begin 10 minutes later, while the elite men’s race and mass participation competition will start at 9.40am. Participants are given a minimum of eight hours to complete the course, though professionals can finish in just over two hours.

Many amateurs will have a finish time of between three and five hours. Over 40,000 people will tackle the 26.2 mile course around the capital, and the route year’s route starts in Greenwich and Blackheath, with runners assigned one of three start lines. 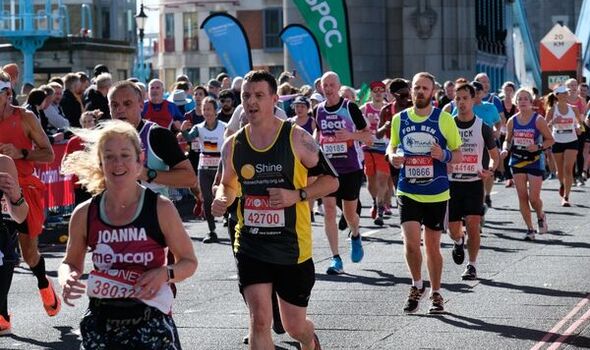 They will merge after three miles, passing some of London’s most famous landmarks before finishing on The Mall, opposite Buckingham Palace. The first stretch takes the runners through areas of South London such as Charlton, Woolwich and Greenwich, and they will pass the Cutty Sark at mile six.

They will progress through Deptford, Surrey Quays, Rotherhithe and Bermondsey, before crossing Tower Bridge after mile 12. After passing the halfway point, the runners will head back East through towards Limehouse, a big circuit around Canary Wharf and the Isle of Dogs, before doubling back through Shadwell to Tower Gateway.

The final stretch will progress through central London and run along the River Thames, past St Paul’s Cathedral and through Blackfriars and Temple, before passing by the London Eye and the Houses of Parliament. They will end at Buckingham Palace. 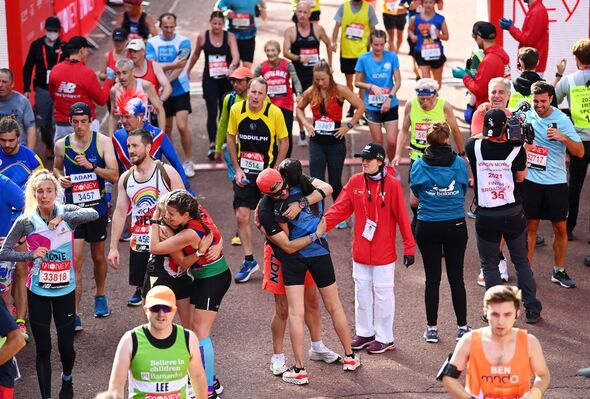 Meanwhile, next year’s London Marathon will be a historic one as for the first time ever, the race will have a non-binary gender option. All runners in the mass participation event will have three gender options when the ballot opens on October 1 – male, female and non-binary.

“This is a significant step forward for the TCS London Marathon as we continue our journey to make our event truly inclusive,” event Director Hugh Brasher said.

“We know there is still much more to be done, but changes such as this demonstrate our commitment to making the TCS London Marathon an event that is for everyone.”