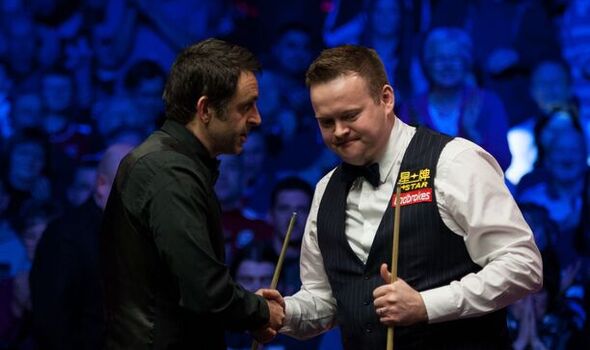 Shaun Murphy has launched a scathing attack on Ronnie O’Sullivan and has accused the world No 1 of being a poor ambassador for snooker. On Wednesday, ‘The Rocket’ moved into the third round of the UK Championship with a 6-0 win over Zhou Yuelong, and ‘The Magician’ will be bidding to join him there when he faces Judd Trump tomorrow (Thursday).

But ahead of that clash, 2005 world champion Murphy has sought to reignite his long-standing feud with the sport’s most popular player. The 40-year-old, who in May underwent life-changing gastric sleece surgery, has seemingly become angered by O’Sullivan’s persistent claims that he doesn’t care about snooker.

After his first round win over Matthew Stevens, O’Sullivan pedalled his now all too familiar narrative, claiming he’s no longer excited by big tournaments and wouldn’t be bothered if he lost in York: “I feel flat, and I don’t really enjoy playing snooker,” he added. “This is so insignificant.”

BBC pundit Murphy then asked him: “So why do you carry on?” And ‘The Rocket’ nonchalantly replied with his reference to his year out in 2012: “Because it is something to do. When I had the year out, I got bored working on the pig farm.”

Revisiting those comments on Wednesday, Murphy said: “It is very frustrating hearing Ronnie and others say it’s just one of the things they do with their life, and that the game means so little to them. For players like myself, I don’t have the CV of O’Sullivan, I don’t have what I assume must be incredible amount of wealth.

“He comes from an incredibly wealthy background and grew up in incredible wealth. Most of the tour don’t come from that world. It’s okay for him and people like him that have cabinet after cabinet of trophies to say how little the game means to them, but for the rest of us it means an awful lot. But I am only 40 and I remember the village I grew up in and I know the life I would have had but for this game that saved me from a life of complete anonymity. I will never, ever forget that.”

Murphy added the seven-time world champion’s attitude was “extremely irritating,” and urged him to use his platform to help improve the sport: “It does sometimes feel that most of the tour are pulling in a similar direction and others are just out for themselves.”

O’Sullivan, who last year slammed Murphy for his suggestion that amateur players should be barred from professional snooker events, responded after his win over Zhou: “I am just doing my own business, and I don’t care what they say about the game. I just don’t care and I cut off a long time ago.”