Ronnie O'Sullivan reveals he uses a diary in 2019

Ronnie O’Sullivan paid credit to Neil Robertson after the Australian crushed him in 10-4 in the Tour Championship final. O’Sullivan has arguably been the man in form this season with this being his fifth final of the season.

He lost to John Higgins in the Players Championship final earlier this month, where he matched Stephen Hendry’s record of 58 career finals.

And the six-time world champion broke that record this week with wins over Higgins and Barry Hawkins to set up an interesting battle with Robertson.

It was a repeat of the 2019 Tour Championship final, when O’Sullivan defeated the Robertson.

But that was to be the only similarity as the 39-year-old blew O’Sullivan away with the latter never coming close. 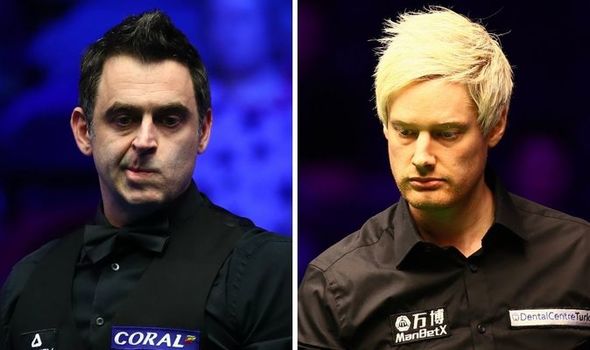 “I’ve never seen anyone play as well as that, his cue action is just ridiculous,” he said on ITV.

“Straight through the ball, tempo doesn’t change, opens his backhand like you’ve never seen anyone open it before – it’s just ridiculous really.

“I can’t compete with that. I just have to sit back and enjoy the amazing play.”

It’s now five final losses for O’Sullivan this season with one more event before the World Championships next month.

But O’Sullivan insists he doesn’t let results affect him too much as he bids to defend his crown.

“If my game is in good shape then I’ll feel confident whether I’ve won tournaments or not.

“If I find a bit of form then you never know but if this guy [Robertson] keeps playing the way he’s playing then I think he’ll probably be the man to beat.”

Tags: autoplay_video, Ronnie O'Sulliv
You may also like
Latest Posts