With Harden's trade request after the hire of Stephen Silas creating uncertainty around the Rockets' season, Jackson criticized Harden's lack of support for the first-year head coach.

Silas, who has a coaching resume spanning 20 seasons and is the son of longtime NBA coach Paul Silas, is one of seven Black NBA head coaches this season.

Harden did not participate in the team's first practice of training camp Sunday due to the league's COVID-19 protocols.

Harden's appearances at rapper Lil Baby's birthday party in Atlanta and a club in Las Vegas last week meant that Harden could not practice with the team until producing six consecutive negative COVID-19 tests. Harden was not traveling to Chicago for the Rockets' preseason opener Friday.

"What a real one would do is go play for that Black coach and make him look good and build with John Wall and DeMarcus Cousins – some real ones," Jackson said. "But, obviously, you want to go chase rappers around." 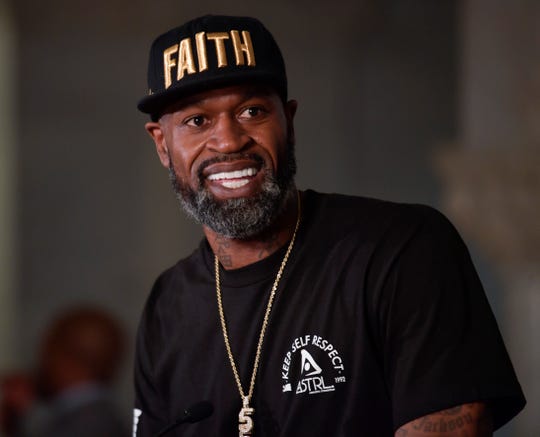 Jackson also questioned what Harden's choices say about his leadership.

"It’s just simple, James Harden doesn’t want to be held accountable," Jackson said        "[Mike] D’Antoni is the worst defensive coach in NBA history. Ain’t going to win [explicit], ain’t won [explicit] as the head coach, and he’s easy to run over. So, James is trying to continue to be close to D’Antoni so he can’t be held accountable."

One of the teams rumored to be on Harden's radar is the Brooklyn Nets, where D'Antoni – the Rockets' head coach the last four seasons – is now an assistant.

Jackson added in the Instagram caption that he likes Harden but just isn't a fan of how he is treating Silas.

"Love for all who have love for all ✊🏾✊🏻✊🏿✊🏼✊✊🏽 Give Black Coaches The Same Respect U Give The Others," wrote in the video caption.