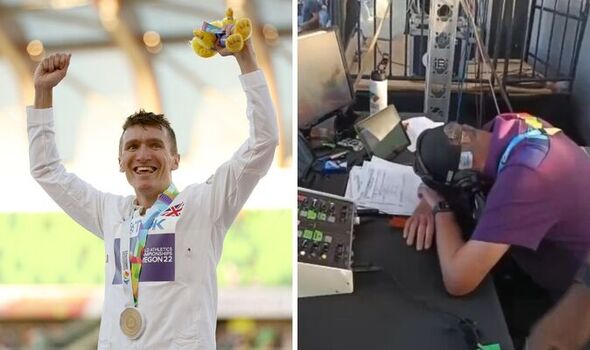 Jake Wightman secured Great Britain’s first gold medal of this year’s World Athletics Championships and it was made that bit more special as his dad was in the commentary box. Wightman was running in a competitive field featuring Jakob Ingebrigsten, Abel Kipsang, Timothy Cheruiyot and Tokyo 2020 bronze medallist Josh Kerr.

Wightman was left disappointed from his debut Olympics, finishing 10th in the race. But he pulled off one of the biggest upsets at this summer’s World Championships in Eugene, Oregon by stealing gold in emphatic fashion.

Wightman had positioned himself well from the gun and kept pace with the frontrunners as Ingebrigsten began to take charge. As the Olympic champion looked to make a brief move, Wightman stayed on his shoulder until making a dash for the front with 200m remaining.

Ingebrigsten still had time to make his move down the home straight, but Wightman kept his position and looked in utter disbelief as he crossed the line as world champion. The 28-year-old held his hands on his head before slumping to the floor in shock. 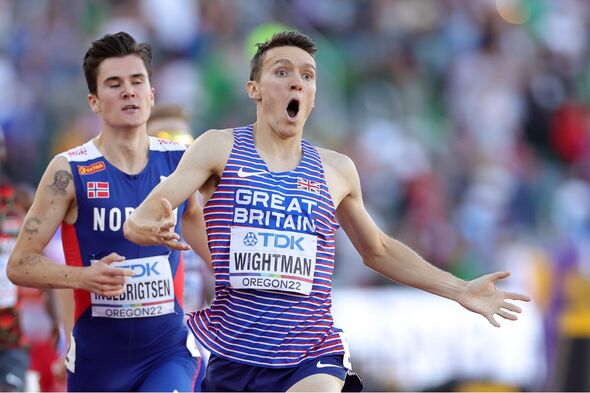 The moment was made that bit more special with both his mum and dad in the stadium, although his father had a special role to play in the championships. Geoff Wightman is the stadium announcer at Hayward Field and the cameras cut to him as his son was crowned 1500m world champion.

“I have got to tell you why the camera is on me,” Geoff said. “That’s my son. I coach him. And he’s the world champion.”

The gold medallist’s father also had the honour to announce his son’s name when he stood atop the podium after the race to be given his reward. More videos surfaced online after the race of Geoff’s reaction to his son’s win as he was somehow able to keep his cool as it became clear Wightman was going to win.

He held his arms aloft and bent down to lean on his knees, as if to take in what had just happened. Later on in the emotional clip, Geoff was seen slumping back in his chair and putting his head in his arms on the commentator’s table.