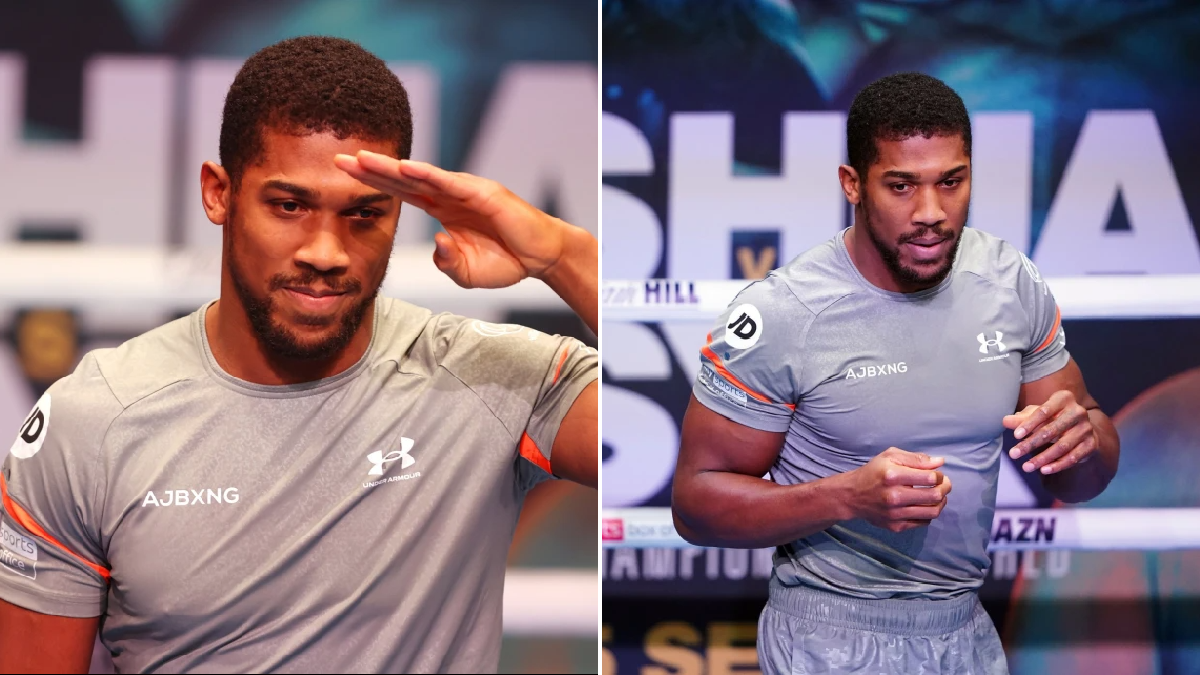 Anthony Joshua has laughed off suggestions that he has come in too lean for his heavyweight title fight against Oleksandr Usyk and says he needed to focus on adding more endurance.

The WBA, IBF and WBO champion has tweaked his approach in recent years, weighing in at 16st 13lbs – his lowest weight for a title fight – when he rematched Andy Ruiz Jr. in 2019, while he only added 3lbs when he took on Kubrat Pulev last December.

He looks like he might be even lighter for his clash with Usyk at the Tottenham Hotspur Stadium on Saturday, despite the Ukrainian bulking up significantly.

Having previously been criticised for being too big and sluggish, AJ – who is still likely to be about a stone heavier than his opponent – is now being told he is too streamlined, but the Brit insists he is at an ideal fighting weight.

When the comments about his lighter look were brought up in an interview with William Hill, Joshua replied: ‘Yeah, my skinny little frame as everyone says. I’m worried I’m going to go in there, he hits me and I shrivel away! I feel like [people think] I weigh 99 kilos! I feel strong. I feel good.’

In a further interview, he replied even more sarcastically: ‘I’m going to come in light. Run around the ring, try not to get hit.

‘I’ll be on my bike all night. I don’t want to get out of 140 heartbeats per minute, so I’m really skinny.’

Taking a more serious tone, he added: ‘Listen, I’m as solid as a rock. I’m strong, I’m good at the weight. I don’t really focus on my weight. It’s just training. I just put in the work.

‘These are different opponents and I’ve learnt about training for specific opponents. These guys go longer rounds.

‘When you’re knocking out guys in three or four rounds, it’s different. I studied boxing and what works for me and weight is not a priority.’

Usyk gave up around 40 pounds when he fought Dereck Chisora last year, with the 37-year-old quickly running out of steam after two good opening rounds, and the Ukrainian’s promoter believes Joshua’s weight loss will play into their hands.

‘We accept AJ shedding weight as good news,’ said Alexander Krassyuk. ‘Formerly a lot of experts gave his weight as an advantage. Now AJ is reducing his advantage.’