Johnny Nelson has called out the ‘double standards’ regarding Anthony Joshua’s post-fight outburst following his defeat to Oleksandr Usyk. The former cruiserweight world champion claims that people have forgotten about the comments Tyson Fury has made in the past.

Joshua was heavily criticised for his actions on Saturday. The Brit stormed out of the ring post-fight before returning to snatch the mic to deliver an impassioned speech which many believed had ruined Usyk’s moment.

While a third user, @ogbenidipo, remarked: “Anthony Joshua might have had concussion. That’s the only explanation for his cringe-worthy speech. His team should have stopped him immediately.” But Nelson has come out to defend AJ during a recent appearance on talkSPORT Breakfast. 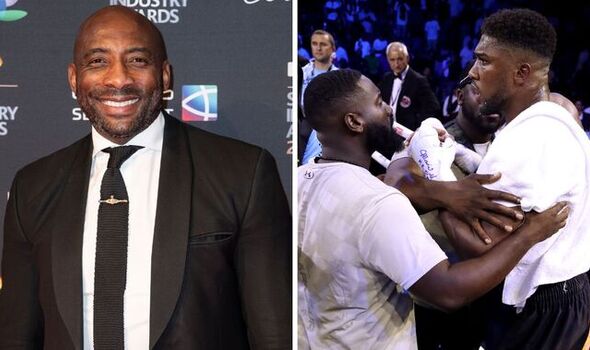 He said: “I agree, a member of the team should not have let that happen. It was not a great look, it was human emotion. We’ve all been through that and anyone from the outside looking in would think we are crazy.

“This was one of those moments that had spilt out and the public had seen it. I’m quite sure he’d had mini-meltdowns in training camp with frustration. His camp have seen this. Now the public have seen it. Now the reality of that behaviour and mentality has kicked in. He was just being human.

“He’s getting criticised for it. Let’s not forget the things Tyson Fury has said and done in the past, people have developed amnesia. Now he’s a hero. He had to go through a period of finding himself. Anthony Joshua has just hit that period now. 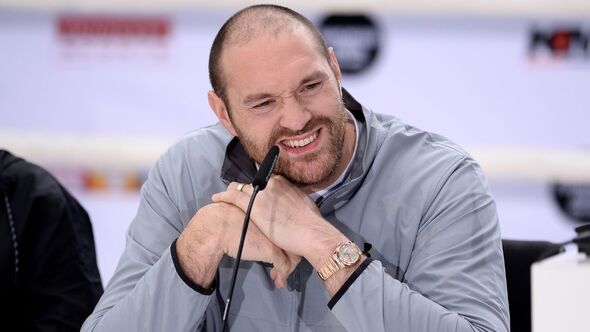 “We have to give him credit. It was a stupid thing to do, and I understand his frustrations. People are forgetting about how well he boxed. They are forgetting how well Usyk did. The talk is about afterwards instead of the fight.”

The remarks Nelson is referring to were those made by Fury in the lead-up to his 2015 fight with Wladimir Klitschko. The Gypsy King was torn apart for his comments suggesting that the banning of homosexuality and abortion are two of the ‘three things that need to be accomplished before the devil comes home’.

Nelson continued: “He has to go through that baptism of fire that Tyson Fury did and the press didn’t leave him alone. They were on him. Anthony Joshua will have to go through the same, but you have to remember how he turned it around. Let’s not see double standards here. People can be fickle sometimes and forget about their own behaviour.”