Anthony Joshua battled bravely in Saudi Arabia, but it wasn’t enough. The Watford powerhouse was beaten by Oleksandr Usyk for a second time on points last night but gave his all in the middle east. In the end, an exhausted Joshua broke down in the post-fight press conference overcome by the emotion of defeat.

“Am I proud of myself? It’s really, really hard for me to say I’m proud of myself. I don’t feel anything, but I’m upset really deep down in my heart,” said Joshua holding back tears.

As he composed himself, his promoter Eddie Hearn let out an impassioned speech as he praised Joshua for the way he carries himself despite the pressure he faces.

“There isn’t nobody I know that’s more dedicated to the sport than him and sometimes people don’t understand the pressures that are on people’s shoulders, but he’s never ducked a challenge, he’s never shirked the pressure,” said Hearn. “He’s always tried to give his time for people, and he’s always tried to inspire the next generation, he’s been an amazing ambassador. 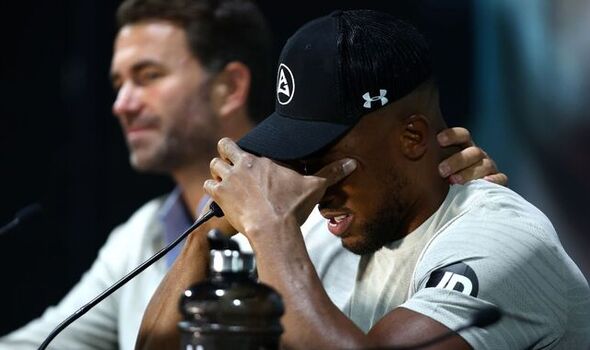 “For the first time in boxing, you see all these complete d***heads many of them tonight on social media that have got too much to say for themselves that want to pretend they’re good people that actually aren’t role models, aren’t ambassadors, that aren’t people that I would want my kids to look up to, this is someone I want my kids to look up to.

“That responsibility is a huge burden, when he’s out in public he gives everyone his time, he’s one of the nicest guys you can ever meet and he’s a competitor, he’s a winner and when you don’t win what you saw tonight was raw emotion, a real person that was feeling the pressure that wanted to win so badly.” 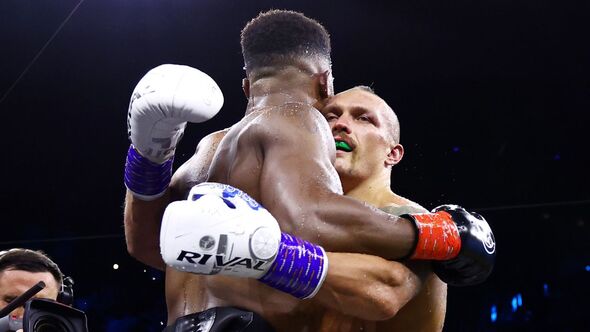 After the fight, a clearly concussed, confused and frustrated AJ stormed out of the ring momentarily before returning to take the mic and deliver a speech of his own. When asked what made him turn back, Joshua responded: “I was mad at myself. I thought, ‘I’ve just gotta get out of here because I’m mad’ and when you’re angry you might do stupid things. Then I realised, ‘Oh s***, this is a sport’ and I came back and just spoke from my heart.”

Joshua will now look to return to the ring at some point in the next year. Hearn had previously suggested that the Brit will fight in December regardless of the result tonight, but it is likely he will be given more time to rest and recover after a physically and emotionally gruelling contest with his Ukrainian rival.