According to The Sun, AJ will take on Pulev in the summer at Spurs’ ground, in what is a major blow for Arsenal who tried to snatch the fight from their arch-rivals with a late bid.

Promoter Eddie Hearn tried to book the fight for April but pushed it back to June to avoid any Premier League fixtures.

Hearn added that Tottenham chairman Daniel Levy was always the front-runner despite the Gunners’ intense interest.

That will make for a major financial boost for Levy as the stadium is also set to host Saracens’ rugby union clash with Harlequins on March 28.

JUST IN: Tyson Fury next fight: New world heavyweight champion could return to ring in April 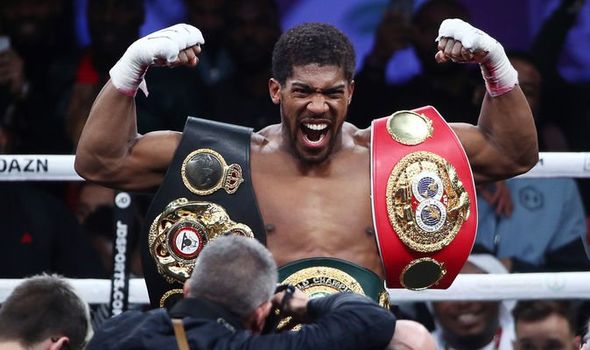 The £1billion, 62,303-seater arena will also hold a raft of NFL encounters as well as a concert by Guns N’ Roses in May.

Tottenham’s old White Hart Lane stadium has hosted a number of high-profiled fights for the past years ever since 1922.

That is where Frank Bruno defeated Joe Bugner in 1987 and Chris Eubank overcame Michael Watson in 1991.

Joshua was set to fight Pulev in 2017 but the Bulgarian boxer pulled out due to an injury. 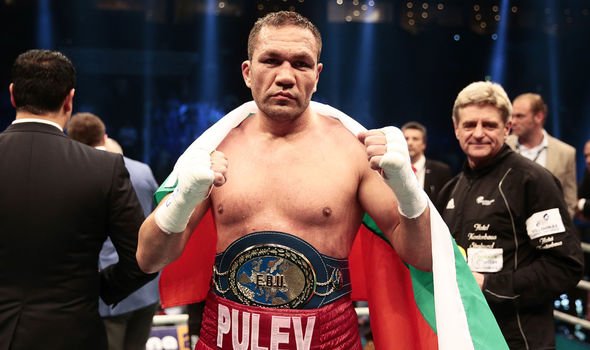 Carlos Takam replaced the 38-year-old fighter and was stopped on the 10th round at the Principality Stadium in Cardiff.

Fury claims that this sort of fight would “complete” his career but Wilder could demand a rematch.

The Gypsy King said: “I’ve got another old fella across the pond who might want a little tickle.

“Then that is it then. It’s completed. Done.

“I need to enjoy this. Deontay will need time to recover. I am sure he will take a rematch as he is a dynamite puncher and with that you are always in the fight.

“Whoever is next will get the same treatment, that is for sure.

“This was written in the stars a million miles away – before I was born I was destined to do what I do.”

Fury put together a powerful performance in Las Vegas as he knocked Wilder down twice before picking up the win in the seventh round when the reigning champion’s corner threw in the towel.