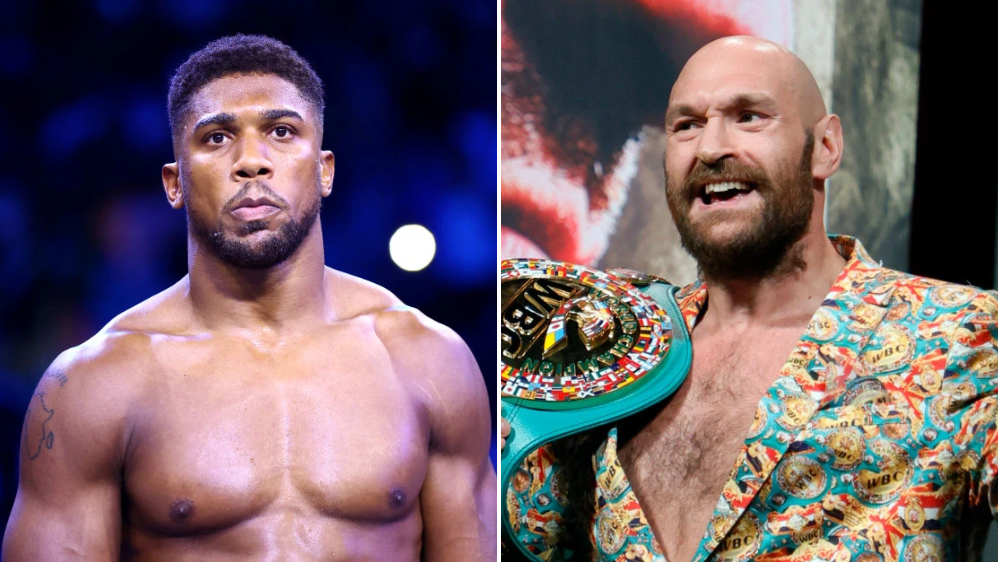 Anthony Joshua has told Tyson Fury that he would be ready to fight in December.

Joshua suffered the third defeat of his professional career last month after he was beaten by Oleksandr Usyk in their heavyweight title rematch.

Fury, meanwhile, had hoped to fight Usyk this year for the undisputed crown but the Ukrainian has insisted that he will not be in the ring again until 2023 as he wants to recovery from his injuries and spend time with his family.

Fury, who remains undefeated in 33 fights, challenged Joshua in a ‘Battle of Britain’ contest in December this week.

‘I think you’ve all heard that I’m going to be fighting soon within the next few months,’ Fury said.

‘I think that before I announce an opponent that I need to do this just in case.

‘Anthony Joshua, I know you’ve just lost a fight to Usyk and you’re bout-less at the moment, and I’d like to give you an opportunity to fight me for the WBC heavyweight championship of the world and the lineal championship in the next few months,” he said in a public address to Joshua.

‘You’re coming off a 12-round fight, so you’re match fit, you’re ready. I’m giving you a few months’ notice.

‘If you’re interested I’ll send you the date over and we can rumble. A battle of Britain for the WBC heavyweight championship of the world.

‘Let me know if you’re interested, if not I will select another opponent.’

Joshua then replied to Fury on Twitter: ‘Yea calm.

‘I don’t do the online discussions just for clout, so if your really about it shout @258mgt [Joshua’s management team].

‘I’ll be ready in December.’