Matthew Macklin has backed-up Steve Bunce’s ‘unfocused’ ring walk theory by suggesting that Anthony Joshua looked ‘too lackadaisical’ before his first fight with Oleksandr Usyk. Speaking after the weigh-in, the boxer turned pundit noted that Joshua appeared ‘more nervous than ever before’ but believes it will be to the Watford powerhouses’ advantage on fight night.

“I thought Usyk looked really confident but he’s a joker isn’t he?” Macklin told Boxing Social. “So, he’s always smiling and laughing anyway. I thought Joshua looked a little bit more nervous than usual but as I was saying to a guy just a few moments ago, I think that’s a good thing.

“I thought last time, he was a little lackadaisical, maybe not quite as focused as he should have been on the ring walk and before the fight. Nerves are a good thing, you don’t want the nerves to overwhelm you but some nerves are good they make you sharper, they make your reactions faster. They’re fuel they really push you to perform to the best of your ability. I thought he looked the more nervous of the two but I think that’s a good thing.”

Prior to these comments, Bunce raised a few eyebrows when he told Charlie Stayt on BBC Breakfast that he will be able to “tell in 20 seconds” who will win the Saudi showdown judging from their ring walks. The Boxing writer believes that body language is key to this contest and will be worried if Joshua starts “breathing heavily” before the fight. 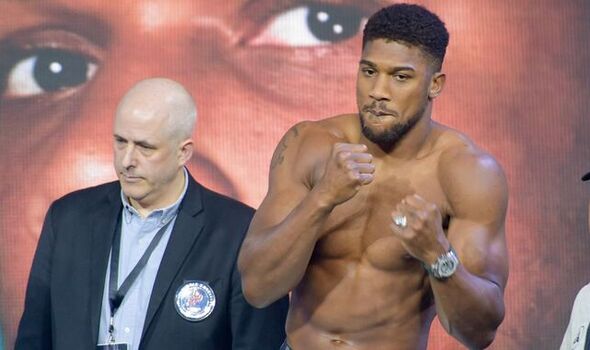 He also claimed he felt there was a tell-tale sign from Joshua in his ring walk last time out, saying: “I started to judge them on Monday. I had private sit-downs with the pair of them on Monday. I like to look into their eyes. I like to speak to people in their entourages. That’s Monday.

“Same thing on Tuesday, Wednesday and Thursday. On Friday, I like to have a look at them as close as possible. If they are eye-to-eye, I like to be no more than ten feet away. Tonight, when they walk to the ring, the way they get into the ring, if Joshua starts doing this [breathing heavily], I’ll be panicked.

Joshua vs Usyk undercard: Full line-up ahead of fight tonight 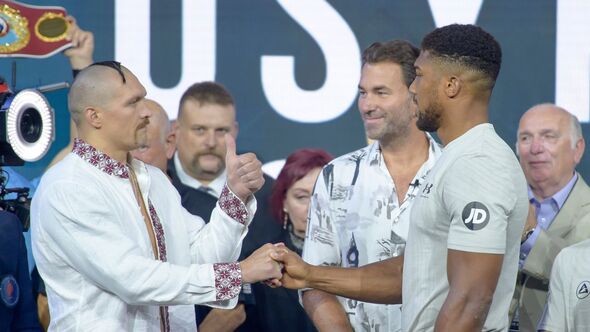 “When he got in the ring when he lost to Usyk last time, he started talking and asking the security guard, a man called Clifton Mitchell, what he thought should happen in the fight. That was up on the ring apron.

“I will be able to tell, and within the first ten seconds, hand on heart, you send me your number and I will tell you within ten seconds who is going to win the fight. Actually, give me 20 seconds. I am convinced I can do it within 20 seconds tonight.”