Anthony Joshua has told Eddie Hearn that he would that he would “love” to stage a fight at the Matchroom Boxing heaquarters after the promoter’s plans to open up the 15-acre garden of his company’s Essex headquarters to stage championship fights were revealed. That’s according to Hearn himself.

Hearn has disclosed plans to host bouts in July and August in the back garden of the Brentwood house in which he grew up.

Dillian Whyte’s WBC interim heavyweight title fight against Alexander Povetkin is one such showdown he intends to put on in a four-fight plan that could cost around £1million.

Boxing, as with many elite sports, has been shut down due to the coronavirus pandemic with fears that promoters could go out of business.

But Hearn’s Matchroom are hoping to put together behind-closed-doors events, at which a maximum of 90 people would be present due to social-distancing guidelines, on the lawn over the summer. 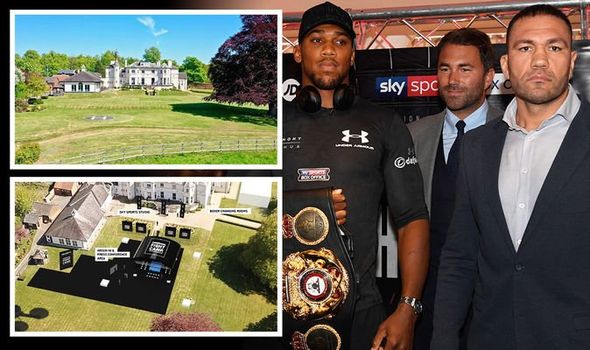 And now, the 40-year-old insists even unified heavyweight world champion Joshua is on board to fight at Matchroom’s HQ.

AJ last fought in December when he avenged his only career loss against Andy Ruiz JR to reclaim his WBA, WBO and IBF belts in Saudi Arabia.

The Brit was due to face Kubrat Pulev, the mandatory challenger for the IBF belt, at the Tottenham Hotspur Stadium on June 20 but that has been postponed.

And with all parties working on a new date, Joshua insists he’d be up for going head-to-head with the Bulgarian in front of Sky Sports and DAZN cameras at ‘The Matchroom Fight Camp’ with the Middle East, China and Croatia other potential locations.

In conversation on Matchroom’s Talk The Talk with Tony Bellew, Hearn said: “I was speaking to AJ about it yesterday, he trained at the office for a long time when he started his career.

“He said: ‘I love that, I love that!’ I said: ‘Yeah but think of everywhere you’ve fought. Wembley Stadium…’

“But he said to me something that actually resonated. ‘You know what, I think some people just don’t want to fight.’

“I said: ‘What do you mean?’ And he said: ‘Some people talk about this and that, but actually they’re quite happy to sit out and… Do you actually wanna get in there?’ 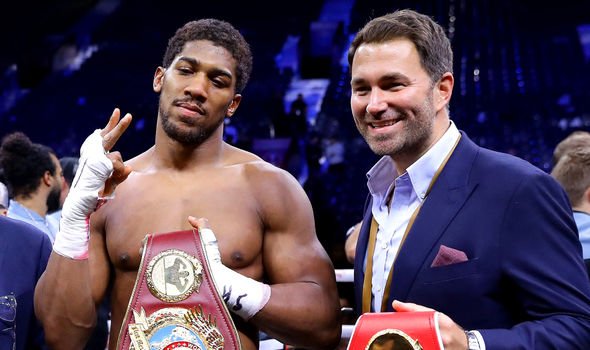 “I think he’s right. A lot of the feedback I’m getting from fighters, 80 per cent are saying, ‘Oh please just hurry up. Stick me in.’

“And obviously you’ve got a proportion of those people that financially need to get in the ring as well.

“But I am getting a small group of fighters that are like, ‘Nah I’m alright, give me a buzz when it’s all back to normal.’

“I think the ones that are willing to go forward, you messaged me yesterday about some of the fighters you’re managing as well, they’re ready, get them in.

The UFC has returned despite the COVID-19 crisis, hosting Justin Gaethje’s win over Tony Ferguson in Jacksonville earlier this month in the first major United States sporting event since March.

Outside of combat sports, European football returned last weekend with the German Bundesliga holding fixtures up and down the country.

And Hearn insists the ambitious plans for British boxing to return in the coming months has been well thought out.

Hearn told the Daily Mail: “Financially this will be painful for us but after the momentum we have worked so hard to build over the past 10 years, I’m not going to let boxing just dribble back. 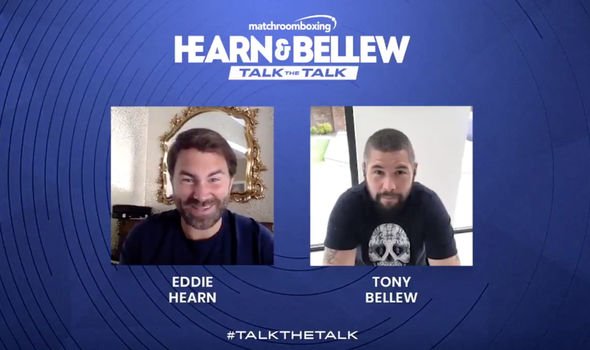 “While other guys go with arenas and empty studios, ours will look very different.

“Just imagine it. It is summer, the house is all lit up, you can see Canary Wharf in the distance and fireworks are going off.

“Then over the hill walk Dillian Whyte and Alexander Povetkin for a massive tear up on my lawn. World championship boxing in my garden? Oh, go on then.”

He added: “It is a huge mission. We are going to turn our headquarters here into an outdoor venue for live boxing, with a full canopy in the middle of the garden and the ring overlooking London.

“We are building changing rooms for the fighters, setting up a space for a ring walk, and figuring out how we can do everything you need for this kind of production with as few people as possible. Testing and isolation are the major challenges. 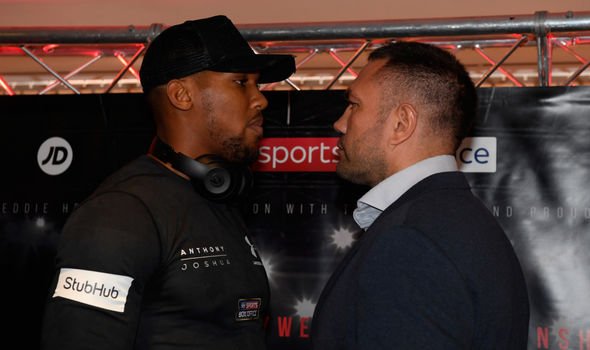 “We are in talks with a nearby hotel about taking control of it for each of the weeks,. he way it will work is everyone involved – the fighters, their teams, the broadcasters – will go into the hotel on Tuesday and the fighter and their team will go to a testing facility at the hotel.

“You will go in, get tested, be handed a room key and go straight to your room, where you will wait until you get the result of the test.

“The tests are comprehensive and they take 24 hours, so the fighter will stay in their room until they get a call from our doctors, likely on the Wednesday, with their results. If they are positive, they will leave the hotel immediately.

“If they are not, they are able to leave their room and take part in the obligations of fight week, all with social distancing.

“Everyone involved in the show, from top to bottom, will have to go through that process before they are allowed on to our premises.”