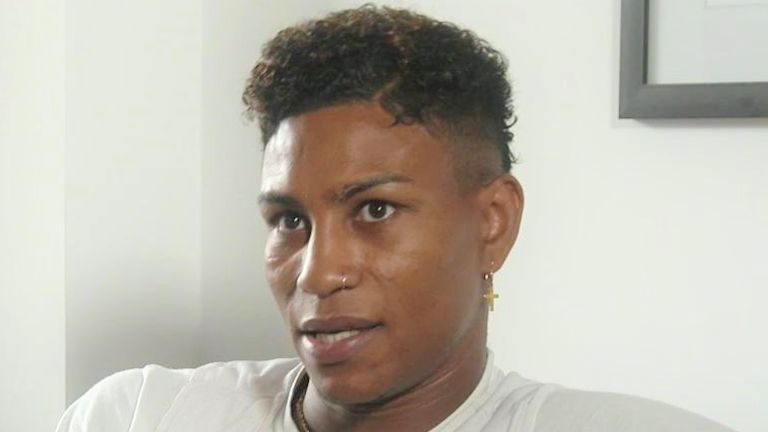 Bilal Fawaz has longed to become a professional boxer for over a decade, although it’s not a lack of talent that has denied him his dream.

Instead, his ambitions have been halted by a dispute with the UK Home Office over his right to remain in this country.

Born in Lagos, Nigeria, to parents from Lebanon and Benin, Bilal was illegally trafficked into the United Kingdom at the age of 14.

He was led to believe his father would come and take care of him but instead, he fell victim to a form of modern slavery, placed in the care of a family who subjected him to physical attacks and locked him up indoors.

“I had an assumption my Dad would come and pick me up, but he never did,” Bilal tells Sky Sports.

“There were other kids at the house and a lady who beat me up. I didn’t do anything, but she would slap me and project her anger onto me.

“They treated me weirdly. I had to cook and clean, and I would watch the other kids play outside.

“I sneaked out of the house numerous times, but I would come back in. I was summoning up the courage to actually leave.

Death is Not A Sad Thing! But We Humans, Associative Sadness To The Other side of Living. Without One We Can’t Have The Other, The Unity Co-Exist As One.. Mr Akay, The Man Who Made Me No1 In The County, The Closest To A Father Figure, Is Now At Peace! Nothing To Worry About Except Bliss. His Soul Shall Return. That Much I Know, Until We Meet Again, Thanks For Saving My Life, & Please Watch Over Me ❤️??❤️ – – – – – – – – #smile #london #free #fresh #summer #boxing #passion #music #sports #sun #happy #happiness #funny #beautiful #beauty #training #inspire #family #instagood #instagram #instadaily #friends #friend #sunset #new #tagsforlikes #f4f #workout #work #fun

Death is Not A Sad Thing! But We Humans, Associative Sadness To The Other side of Living. Without One We Can’t Have The Other, The Unity Co-Exist As One.. Mr Akay, The Man Who Made Me No1 In The County, The Closest To A Father Figure, Is Now At Peace! Nothing To Worry About Except Bliss. His Soul Shall Return. That Much I Know, Until We Meet Again, Thanks For Saving My Life, & Please Watch Over Me ❤️??❤️ – – – – – – – – #smile #london #free #fresh #summer #boxing #passion #music #sports #sun #happy #happiness #funny #beautiful #beauty #training #inspire #family #instagood #instagram #instadaily #friends #friend #sunset #new #tagsforlikes #f4f #workout #work #fun

“I sat on the road and I was crying. One man saw me and he was a good Samaritan, because he took me to the social services.”

A fight for survival

After escaping, Bilal was looked after by social services and he was given discretionary leave to remain in England until he turned 18. During this time, he flourished in school, earning three As at A-level, while also developing a passion for boxing.

Yet on his 18th birthday, Bilal was thrust into a fight he had never prepared for. Once he became an adult, he requested an extension for his right to remain in the country, but the Home Office rejected his claim and tried to deport him.

With Bilal stateless, the Nigerian and Lebanese authorities also declined to give him a passport and recognise his citizenship. He has been locked in a legal battle to be allowed to stay in the UK ever since.

“I had to apply for an extension to remain that would give me the ability to work, but they refused it straight up.

Away from the courts, Bilal channelled his frustration into his training and created a buzz within the amateur boxing scene. He became the ABA light-middleweight champion in 2012 and was offered the opportunity to represent England. He went on to fight six times in the ring for a country that refused to grant him nationality.

“I got to fight for England and I’m a refugee,” says Bilal. “It shows that no matter how bad life beats you down, you can make it if you put your mind to it.

“I’m proud I wore the England vest but while I was fighting for them, I even fought for them against the country they were trying to deport me to. I was fighting for England and beat Nigeria. And then they say I’m not English. It’s depressing.”

Bilal also held hopes of competing at the Olympics and trained alongside members of Team GB’s boxing squad including Anthony Joshua, but decisions on his case with the Home Office were repeatedly delayed. He was prevented from travelling as he didn’t hold a work permit or a passport.

“I had no money. The Home Office prevented me from working or claiming benefits. Social services gave me money every week but it wasn’t sufficient enough.

“How was I supposed to survive?”

Rock bottom – then a breakthrough

Bilal persisted, and refused to give up on his chance for glory. After beating Ted Cheeseman via split decision in 2015 at the London ABA Boxing Championships, he reiterated his desire to either become professional or represent Great Britain at the Olympics. Promoters spotted his talent and offered him contracts, but they still couldn’t convince the Home Office to change their stance.

?"Sam Eggington v Ted Cheeseman has got war written all over it!" ? 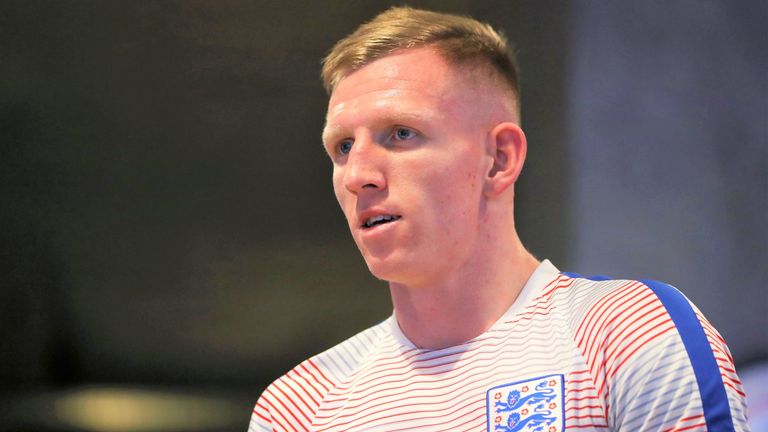 “When you’re good at something, you feel it in your heart. I knew I was going to get to a level where I was comfortable financially and mentally but that dream got shattered.”

In December 2017, the situation escalated when he was arrested and detained in an immigration centre without warning. He was released after several weeks, but authorities placed him back in a detention centre in May 2019 and labelled him a “threat to the public.”

“They locked me up and took me to the detention centre. My wife left me, I lost my home, I lost everything and started living on the streets.”

Bilal had been in trouble with the law, but he insists these were only for minor offences.

“I had only been arrested for trivial, petty crimes.

Bilal’s battle to remain in the country has gone on for over a decade, but just as he was about to relinquish hope for a positive conclusion, his breakthrough arrived in June when the government granted him leave to remain and work in the UK for 30 months

Yet Bilal is still worried about what the future holds.

“When I heard the news, I took a deep breath and a sigh of relief,” Bilal said.

After being asked for a statement on Bilal’s case, the Home Office responded: “Mr Fawaz has been granted leave to remain for 30 months. Legal proceedings are ongoing.

“We are world leaders in tackling the abhorrent crime of human trafficking. Our unique National Referral Mechanism is in place to ensure those who are potential victims of modern slavery and trafficking receive the support they need.”

Having been denied the opportunity to make a career out of the sport he loves for so long, for now Bilal just wants to focus on getting back into the ring and rediscovering the form that had promoters lining up to work with him.

“I’m talking to promoters and managers, but at this point, I just need someone to give me one chance. The sky is the limit.

“I’ve still got time, but I know my river is running dry in a boxing sense.”

Bilal believes he would have become a world champion if he had been allowed to fight professionally for all of those years, but now he just wants to step inside the ring, feel the love from the crowd, and inspire people who have faced similar hardship.