Josh Taylor will defend his IBF super-lightweight world title against mandatory challenger Apinun Khongsong on May 2 at the SSE Hydro in Glasgow. Taylor won his IBF strap by beating Ivan Baranchyk in the World Boxing Super Series semi-final last year.

He went on to win the WBA world title and Ring Magazine belt in the final against Regis Prograis.

“I am super excited to kickstart the new year with a fresh start and with a new team.” Taylor said.

“It’s great to have the teams at MTK Global, Queensberry Promotions and Top Rank in my corner and I’m delighted to be fighting on BT Sport and ESPN+ and even more so that this is happening in Scotland in front of a home crowd who have waited so long for this! 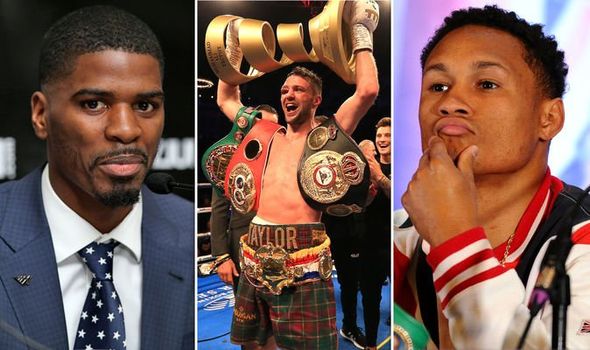 “I can’t wait to get the ball rolling with a great performance.”

Prograis hasn’t fought since the loss in London back in October, but will now take on Maurice Hooker in a bout being fought at a catchweight of 143lbs on April 17.

Hooker hasn’t been in the ring since he lost his super-lightweight world title unification clash with Jose Ramirez last year.

Ramirez won the WBO belt off Hooker and held on to the WBC belt – and he’s likely to take on Taylor later this year in an undisputed fight.

But Prograis is hoping to put himself back into the world title picture with a win over Hooker.

“I can’t wait to get back in the ring on April 17 and prove that I’m one of the best fighters in the world,” said Prograis.

“Maurice Hooker is a former World champion with a good skill set, but I’m very confident that I will be victorious and begin my march towards becoming a two-time world champion this year. 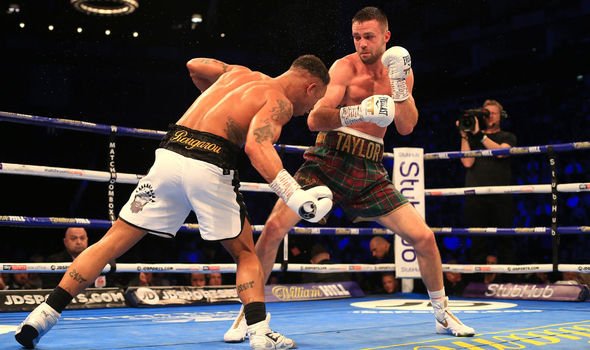 “We have a history of bad blood and this is a fight that I’ve wanted for a long time.

“I’m excited for this fight and I’m glad I’m going right back into a fight with a good competitor.”

Taylor will clash with Khongsong on May 2 in Glasgow while Prograis takes on Hooker two weeks earlier on April 17 in Maryland.

In the UK, Taylor’s clash will be shown on BT Sport – but Prograis vs Hooker is yet to have a slot on UK TV.

In the States, the fight will be broadcast on DAZN on Eddie Hearn’s Matchroom USA card, which likely means it will be picked up by Sky Sports.

Taylor vs Khongsong can be streamed on the BT Sport app on your mobile device, tablet or laptop.

The same can be said for Prograis vs Hooker, assuming that Sky Sports pick the fight up. It will also be available to stream on NOW TV, an app which can be downloaded to your mobile or tablet as well.

Tags: autoplay_video, Boxin, ctp_video
You may also like
Latest Posts