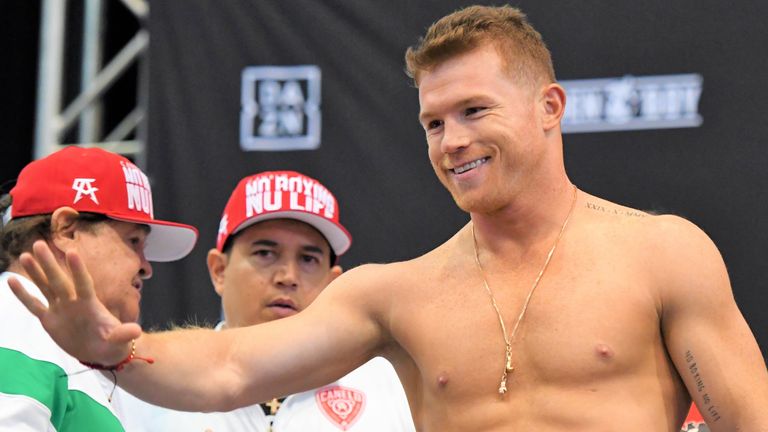 Callum Smith would have posed a “huge problem” to Saul ‘Canelo’ Alvarez, but the Liverpudlian still hopes to return in May after being denied a fight with the Mexican star, says trainer Joe Gallagher.

The WBA ‘super’ champion had been on a two-man shortlist of super-middleweight opponents for ‘Canelo’, who is instead set to fight WBO titleholder Billy Joe Saunders in Las Vegas on May 2.

Smith insists Alvarez never wanted to face him, and trainer Gallagher believes his fighter’s 6’3″ frame and punch power has proved a deterrent for a multi-weight champion who has climbed the divisions from welterweight.

“(Canelo’s trainer) Eddy Reynoso has told Eddie Hearn he never wanted no part of Callum Smith, although he said to me he would do,” Gallagher told Sky Sports.

“He knows his fighter and Callum Smith just isn’t somebody that Canelo wants to fight. 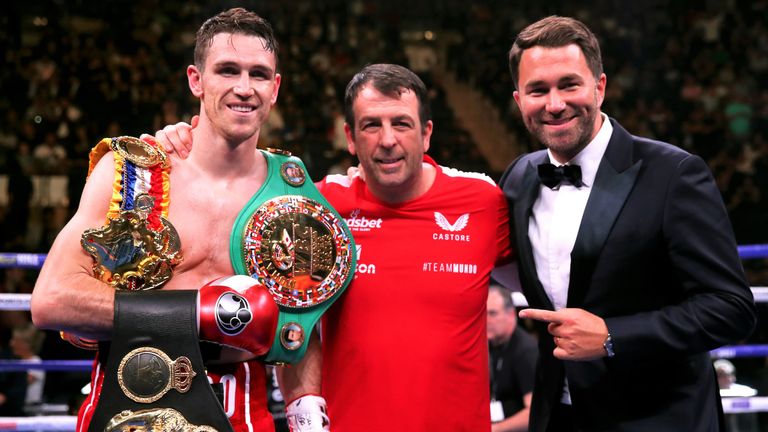 I think to myself, one it’s Callum Smith’s size, he’s young, he’s hungry, he can punch with either hand. He’s got a good inside fighting game and he’s a huge problem.

Smith: Canelo never wanted to fight me! ❌@CallumSmith23 says that team @Canelo only made 1 offer to him, but failed to start negotiations when his team turned it down.

He will now look elsewhere for his next opponent. pic.twitter.com/akWEaO8Ujs

“You can never say Canelo ducks anyone, he’s fought every man and his dog, but what I’m saying is – they know that Callum Smith is a huge serious threat for him. It’s just a shame really that fight isn’t happening.

“I think to myself, one it’s Callum Smith’s size, he’s young, he’s hungry, he can punch with either hand. He’s got a good inside fighting game and he’s a huge problem.

“Billy Joe, on the other hand, exceptional talent, quick feet, southpaw. Billy Joe presents a lot of problems, but I think Canelo thinks to himself, he doesn’t hit as hard as Callum Smith, so I think he can deal with movers. 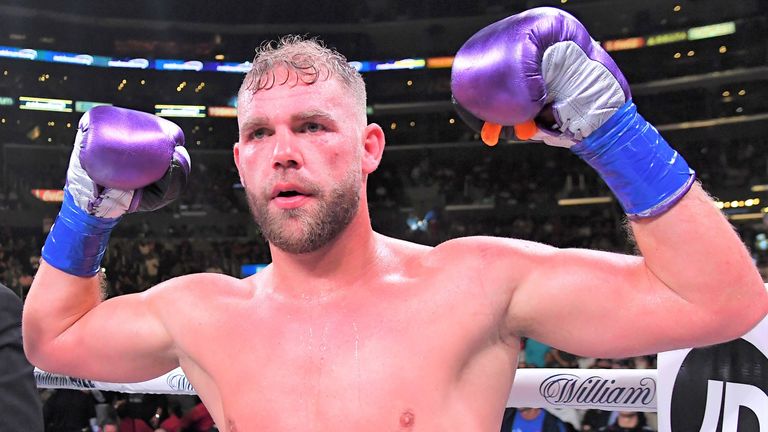 “He feels he can just cut off the corner and in Vegas they score for pressure. Billy Joe can win rounds, but can he win enough rounds is the main thing to see?”

The 29-year-old has stayed in the gym, despite missing out on the biggest fight of his unbeaten 27-bout career, and Gallagher wants a similar date in May for a title defence before targeting a marquee name or a unification clash later in the year.

“Callum has just had his mandatory, a tough mandatory with John Ryder,” said Gallagher. “I would like to get Callum Smith out, a defence of his title, and then he can fight whoever is available in September.