Jared Cannonier puts himself in pole position for a shot at Israel Adesanya’s middleweight title with BRUTAL KO of Derek Brunson at UFC 271… while Tai Tuivasa floors Derrick Lewis in Houston – and drinks a shoey!

Jared Cannonier put himself in pole position to challenge Israel Adesanya for his middleweight title after brutally knocking out fellow contender Derek Brunson at UFC 271.

After being taken down three times in the first round, Cannonier, the third-ranked middleweight, fought back in the second round, elbowing the fourth-ranked Brunson and dazing him before taking him down to the mat and knocking Brunson out with brutal elbows to the head.

Brunson’s corner threw in the towel as the referee stepped in to end the contest. 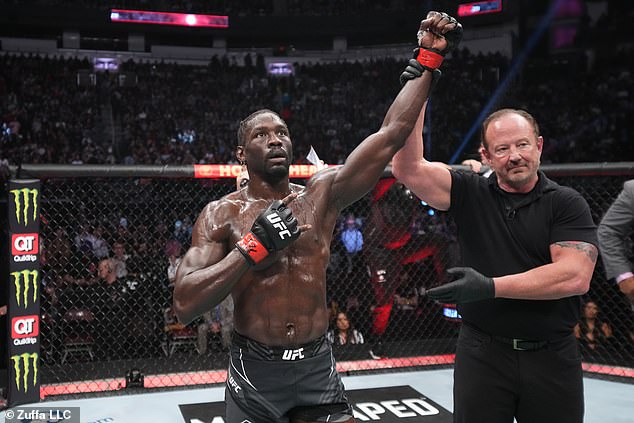 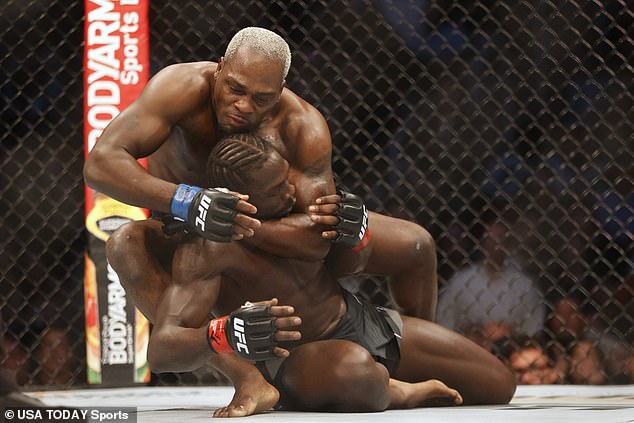 Cannonier said in the post-fight interview in the Octagon he wanted the next shot at the middleweight champion, demanding UFC president Dana White, who was cage side, give him the opportunity.

‘If anybody knows my career they know it’s not usually how it goes,’ he said, reflecting on the end of the first round. ‘I wouldn’t call it adversity, I’d call it going through the motions.’

‘It wasn’t usually that elbow, it was that nice little backhand. I turned Blonde Brunson into Blood Brunson. 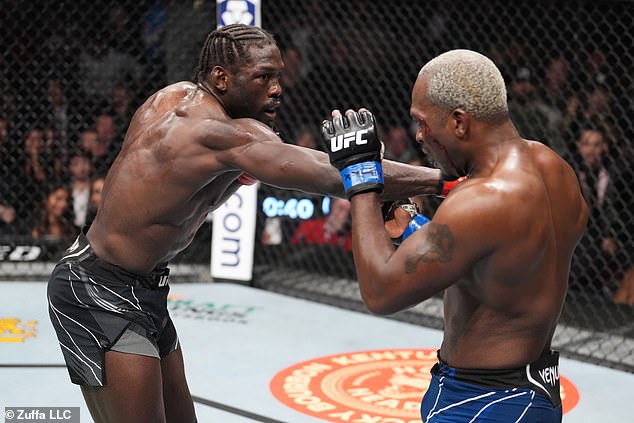 However, he weathered the storm before rallying and clinching a brutal win over his rival 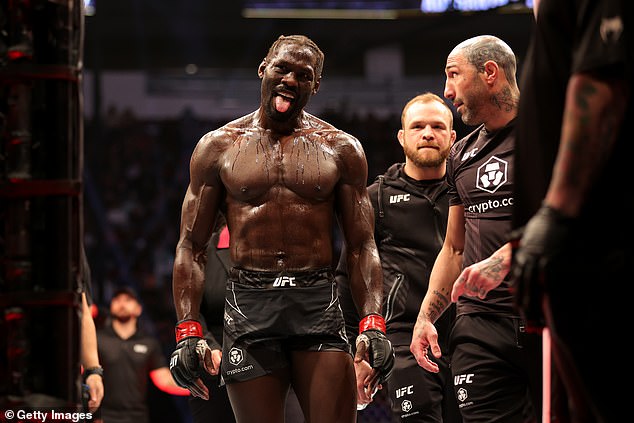 In the co-main event, Tai Tuivasa (14-3) knocked out Houston native and third-ranked heavyweight Derrick Lewis (26-7) in the second round.

Tuivasa, who has won five straight fights by knockout, recovered from a first round in which he was taken to the mat twice.

Tuivasa came out in the second round landing punches on Lewis and backing him up to the cage before landing a right elbow to the left side of his face, knocking out Lewis, who fell face-first onto the mat. 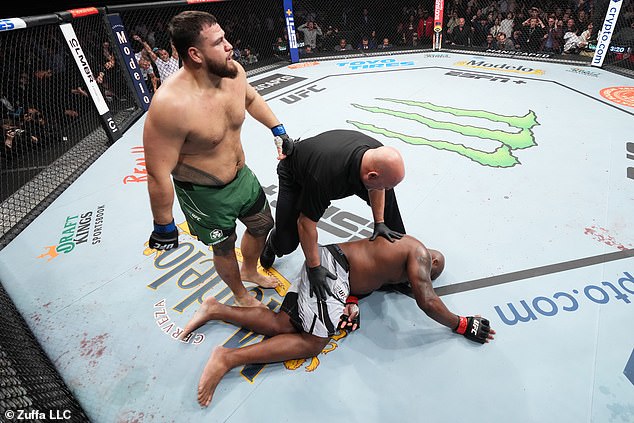 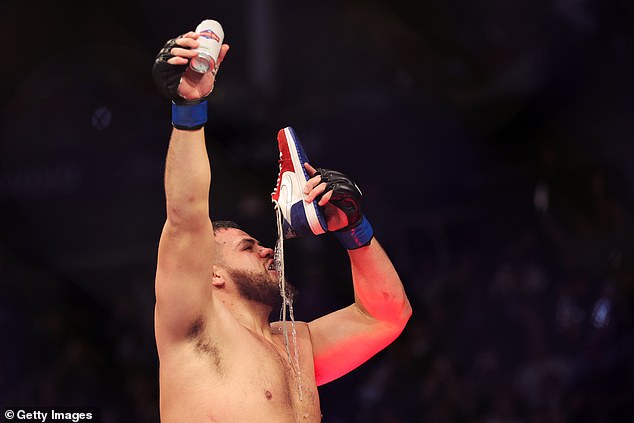 Lewis has lost two of his last three fights, with both losses coming in Houston in a bitter setback for the heavyweight, who holds the record for most knockouts in the UFC.

Tuivasa, meanwhile, basked in his latest victory by drinking beer from a shoe – otherwise known as a ‘shoey’ – his customary celebration.

‘That’s the king of KOs, much respect to Derrick,’ he said. ‘But I’m young, I’m up and coming and I’m taking over now.

‘I like throwing elbows, I like getting nitty gritty and I am always down to get down. Bam Bam from Western Sydney, I’ll fight whoever, whenever.’