‘He’s only good for getting KNOCKED OUT’: Carl Froch brutally insists Amir Khan should retire before contemplating a bout against Conor Benn, instead believing Kell Brook is a good option for ‘The Destroyer’ – leaving Tony Bellew speechless!

Carl Froch left Tony Bellew stunned as he brutally insisted Amir Khan ‘is only good for getting knocked out’, imploring the veteran to stay well clear of a match-up against Conor Benn.

Benn, 25, delivered another highlight-reel knockout as he dismantled a hapless Chris van Heerden within two rounds to move another step closer to the welterweight elite.

The ever-improving Briton was joined by Khan in the ring following his latest knockout victory, but in discussing the welterweight’s next move, Froch insisted he would not want to see a match-up between the two. 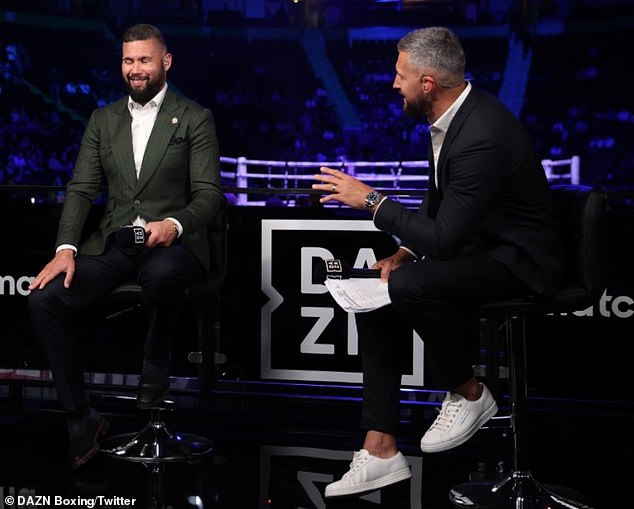 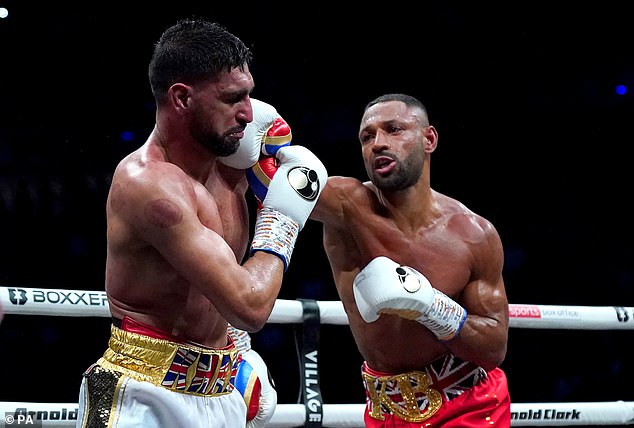 Instead, Froch believes a bout against Kell Brook – who convincingly beat Khan in February to end their long-term rivalry – would be a better option.

‘I like the Kell Brook fight,’ he said live on DAZN. ‘You mentioned the Amir Khan fight but he’s only good for getting knocked out that kid; he needs to retire now.

‘Amir Khan needs to turn it in. I’m just being straight, I’m being brutally honest.’

Bellew, who joined fellow pundit Froch to dissect Benn’s performance, couldn’t quite believe what he had heard, putting his microphone to his head before defending the all-time British great.

‘You can’t talk about people like that,’ he said. An unmoved Froch added: ‘I think he knows he’s retiring. Kell Brook is a good fight.’

Despite his one-sided defeat to Brook, Khan, 35, is yet to call it a day, with Boxxer promoter Ben Shalom revealing the Bolton fighter is still intending on returning to the ring.

Khan was reluctant to confirm any intention to accept a potential match-up against Benn on Saturday night, though, despite asking the fans if they would be interested in seeing a fight between the British pair. 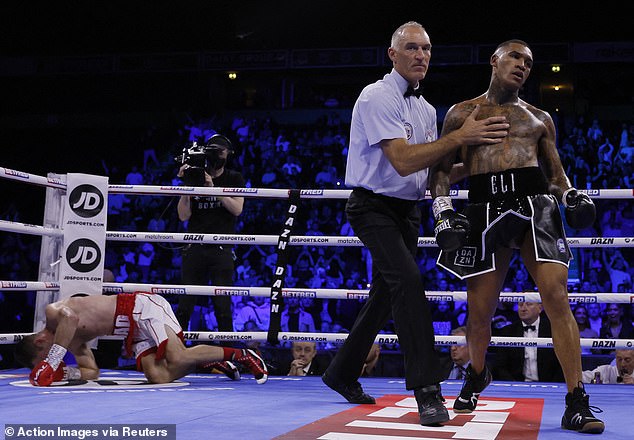 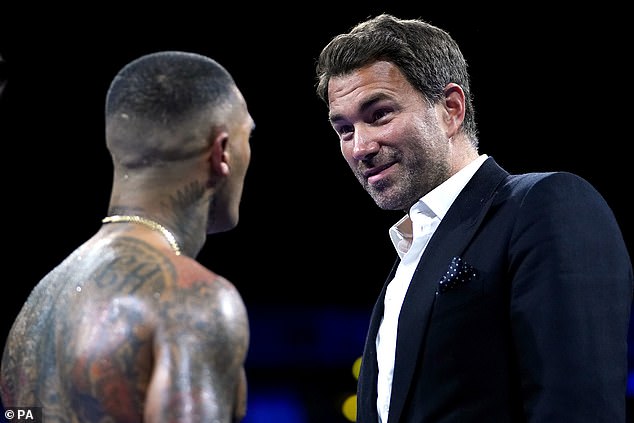 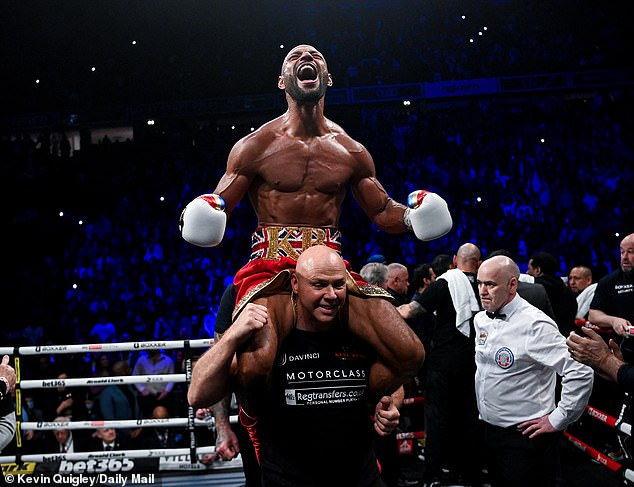 Promoter Eddie Hearn swiftly ruled out the possibility of a fight between Khan and Benn, however, insisting Brook is a more realistic option.

‘It won’t be Amir Khan next, he won’t be around until the end of the year,’ Hearn said. ‘I’m talking Mikey Garcia, Danny Garcia, Keith Thurman, Adrien Broner, David Avanesyan, we want a big fight.’

‘One name I didn’t mention was Kell Brook,’ he added. ‘I think that’s the perfect fight to establish who’s the best welterweight in Britain, and I think that’s this man right here.

‘If Kell Brook wants to cash out, we tried to give him the cash out, he asked for £10million… that tells me he don’t want to fight, but we’ll see what happens.

‘But this [Benn] is the future. This isn’t about a cash-out, this isn’t about one last roll of the dice, this is a young man who has four, five, six years at the elite end of the sport.’