‘Tyson, stop talking s**** mate… tell mummy and daddy you want to hang out with me’: Derek Chisora hits back at Fury and tells rival to send him the paperwork… after the Gypsy King said he sent a trilogy bout contract

Derek Chisora has fired back at Tyson Fury on social media, after the Gypsy King accused him of ‘running away’ from a trilogy bout.

Fury posted an Instagram video on Monday, in which he claimed that Chisora had been sent a contract for a third prospective fight between the pair.

Del Boy’s response less than 24 hours later though, has suggested that he has not received any paperwork for the bout, and he has hit out at the world heavyweight champion. 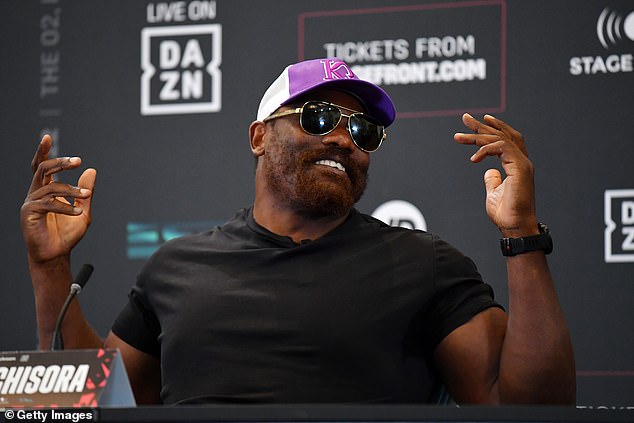 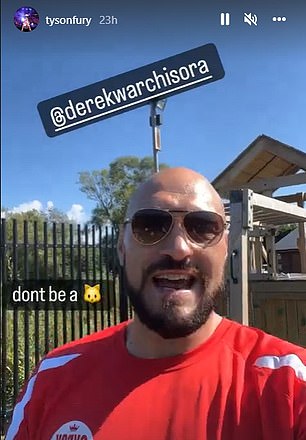 Fury accused Chisora of ‘running’ away from the trilogy

‘Mummy’s Frank Warren, daddy is f***ing Bob Arum – tell them you want to hang out with me okay? And send me the paperwork bitch.’

Fury beat Chisora via unanimous decision in their first bout at Wembley Arena in July 2011.

They fought again at the ExCel Arena in November 2014, when Fury was again victorious after Chisora’s corner pulled him out at the end of the tenth round.

The Gypsy King said he was to retire from boxing following his victory over Dillian Whyte in April – though it was widely expected he would return to the ring.

Fury in a message on Monday said: ‘This one goes out to Derek the  s**thouse Chisora, you’re running from the trilogy.

‘You call yourself war but you should yourself chicken, because you’re running from a trilogy for a career-high payday. Get the f***ing contract signed and stop being a s**thouse.’ 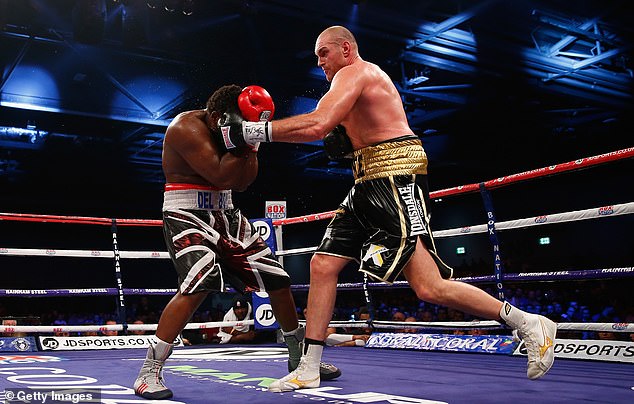 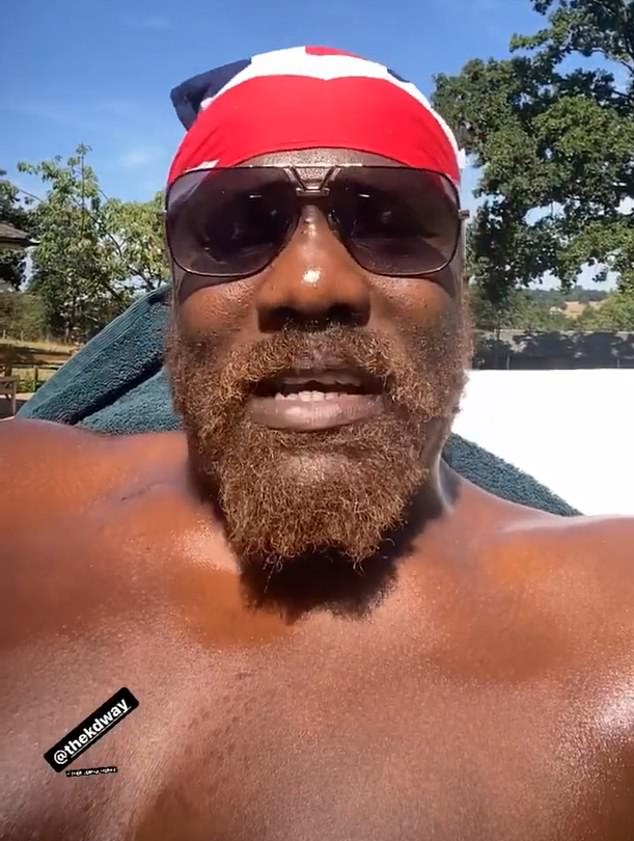 Though the rivals had reconciled following their second meeting, tensions began rising once more earlier this year after it emerged that Fury was planning on coming out of retirement to make a return to the ring.

In an interview with iFL TV last month, Chisora said: ‘Listen Frank Warren and the Gypsy King’s posse, just tell me when and where or what time and I am there. I just want to fight, if you are a fighter you should fight everybody out there. It is just business it would be a great fight with Tyson.’

Chisora last fought back in July, where he earned split decision victory in a rematch with Kubrat Pulev, breaking a three-fight losing streak in the process.

Meanwhile Fury has recently been training alongside Joseph Parker as the latter prepares for a main-event clash with Joe Joyce on September 24.

Fury has also been linked with a showdown with the winner of the rematch between Oleksandr Usyk and Anthony Joshua that is due to be staged later this month in Jeddah, Saudi Arabia.

The Gypsy King again took to social media on Tuesday, in a video in which he revealed that Isaac Lowe will be his new coach.