Boxing fans across Britain have had October 8 pencilled in their diaries for weeks as they patiently wait for one of the showdowns of the year between Chris Eubank Jr and Conor Benn. The fight represents not just two brilliant British fighters going toe-to-toe, but has taken on the form of a grudge match thanks to their fathers’ fights during the Nineties, which captivated boxing fans across the globe.

Three decades ago Chris Eubank and Nigel Benn were two of the most recognisable people in the country, with their world title fights relished by the public.

The two bouts they fought – which ended in a Eubank win in 1990 before a draw in 1993 – were some of the most-watched events of all time, and cemented their status in boxing history.

It has helped ensure that Saturday night’s blockbuster – which is due to take place at the O2 Arena in London if it does go ahead – has another layer of intrigue.

The 26-year-old Benn, the BBC reports, has at present not been suspended after returning an “adverse analytical finding for trace amounts of a fertility drug” and is therefore free to fight the 33-year-old Eubank Jr. But British boxing’s governing body issued a statement on Wednesday which plunged the fight’s future into doubt.

Benn, who is undefeated in his previous 21 fights, said he and Eubank Jr “want the fight to happen for the fans”, and would make sure advice was taken on the next steps. He added: “He believes in me. It’s not who I am, it’s not what I’m about. He was understanding.

“Throughout my whole career I’ve never had any issues before. I’m a clean athlete and we’ll get to the bottom of this.” 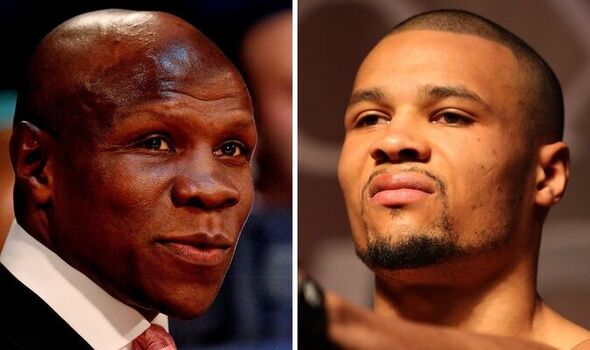 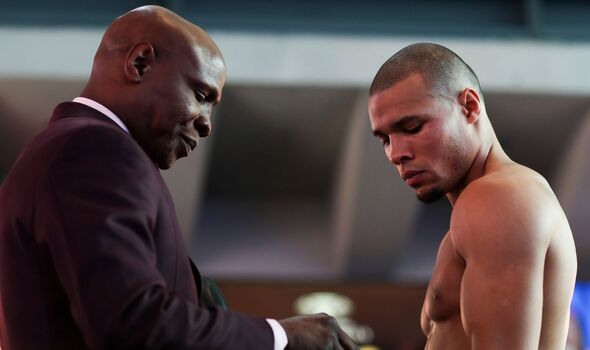 Comparisons between the new generation of Eubank Jr and Benn have dominated the pre-fight build-up, with both fighters reflecting on the influence their fathers have had on their careers. Eubank Jr in particular gave a frank assessment of his father, saying he wished the star would be in his corner for Saturday’s fight.

With boxing running in the Eubanks’ blood, it’s unsurprising that the elder statesman has helped his son on a path to boxing domination. Since turning professional in 2011, Eubank Jr has won 32 of his 34 fights, losing only to British world champions George Groves and Billy Joe Saunders.

By his side for most fights was Eubank, the charismatic and imposing figure, who in recent years has become as well known for his flamboyant personality and vibrant dress sense, as he has for his exploits inside the ring.

Speaking to The Times ahead of his latest fight, Eubank Jr said he hoped that one day a time would come when the father and son could bond over something more than just boxing. He said: “Every conversation we have switches to boxing, it’s how he’s programmed, he can’t switch off.

“It’s great because I learnt from the best but it’s sad at the same time because you just want a dad, not a mentor, not a coach. I’m excited for the day when I retire, the conversation switches to boxing and I can say, ‘Dad, I’m done, sit down.’”

JUST IN: Benn vs Eubank Jr given lifeline by Haye vs Chisora loophole 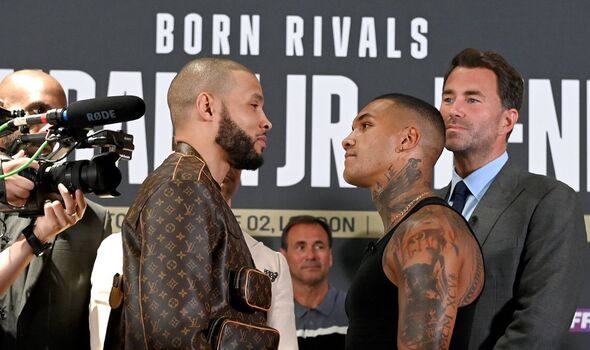 He continued: “Of course, people want to see my father in my corner. Anybody would want to see that, and I would love to have him in my corner. We will see. He’s emotional and erratic at times, indecisive, but I’m happy with the weight I’m at. We’re going to make history.”

While talk has been ongoing regarding Eubank Jr and Benn’s relationship, another layer of intrigue is as to whether Eubank will actually show up to the fight, let alone be in his son’s corner. Critics claim this is just another ploy by the Eubank camp to sell tickets. Others say there is a genuine frustration over the fight itself.

But Eubank Jr isn’t bothered by such speculation, and is more focused on thinking “how do I beat this kid”, a boxer he has regularly remarked is “not on my level”. He added: “I don’t think he has the ability to compete with me. 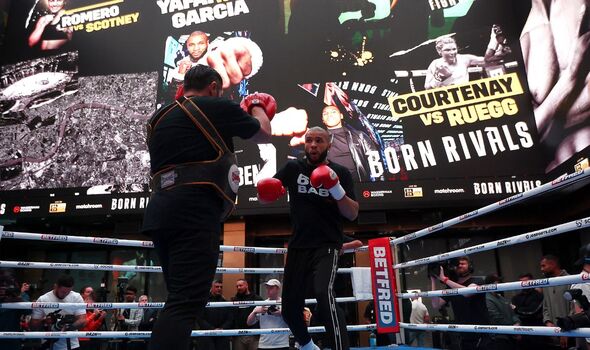 Other chatter amongst pundits have included how Benn will cope with a step up in weight, going up two divisions in order to meet the requirements for his showdown with Eubank Jr.

Among those discussing the fight was BBC pundit, and former world champion Tony Bellew, who said the two boxers could have such a brilliant encounter, that should another edition of the fight be called they’d be able to sell it on their rivalry, as opposed to their fathers.

“This is a chance for the boys to not only step out of their father’s shadows – which they’ve spent their whole careers trying to do – it’s a chance to forge their own legacy.

“They won’t be Nigel Benn’s or Chris Eubank’s son anymore. On Saturday night they can start creating their own dynasty. I haven’t got any answers about what will happen, but that’s why the fight is so gripping.”