Deontay Wilder and Tyson Fury are hot property for the hordes of media ahead of their mega rematch but have their sharp tongues become blunt due to obligations? Heavyweight duo are at risk of fatigue ahead of first bell which no one wants to see

They say all publicity is good publicity. And with heads to turn and pay-per-view sales to secure, every little certainly helps.

In this age of rolling coverage and competing channels, the battle for eyes has never been more intense.

Across the sporting world, brands flex their marketing muscles for any marginal gain. 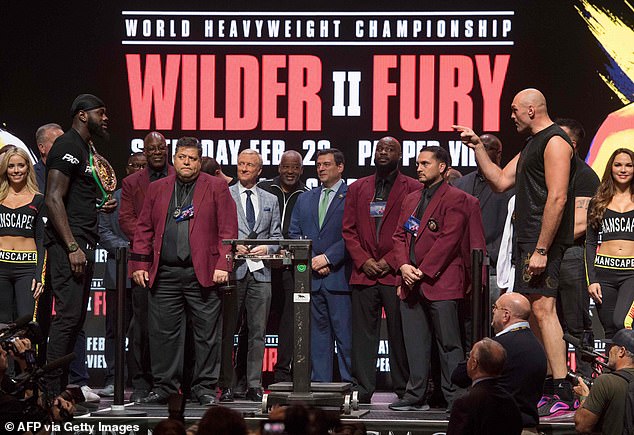 In this game there are no salaries, no pensions and few avenues for regular income.

Even at the top, where the likes of Tyson Fury and Deontay Wilder fight only a couple of times a year, every minute away from the limelight means money down the drain.

Attention is the lifeblood of a sport in which promotion is nine-tenths of the game.

Fortunately, fans have never been easier to find. Thanks to the proliferation of YouTube coverage, and new TV channels joining the chaos, this is an age of almost undiluted exposure.

For Wilder-Fury II on Saturday night, the joint US broadcast between ESPN and Fox provides double the audience and, hopefully, double the money. Come the early hours of Sunday morning, the Gypsy King could be as much as £31million better off.

But at what cost? 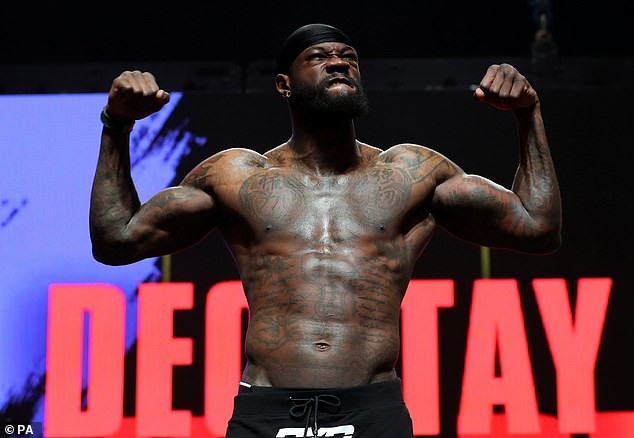 For Wilder-Fury II, the US broadcast provides double audience and, hopefully, double money

Though heavyweights are used to tiring as the rounds tick by, what damage is being done before they even leave the dressing room?

Could this epic tussle be tarnished by boxing’s thirst for ears and eyes?

‘The last time he fought Fury, Deontay was tugged at some many ways and he was trying so hard to accommodate everyone that he wasn’t eating enough,’ Wilder’s fury Jay Deas told Sportsmail.

‘He came in at 212lbs. On fight night he was actually 209 and by the time he knocked Fury down in the last round he was probably a cruiserweight!’

This time, Deas says, they’re focused on making sure Wilder is afforded proper rest – and the ‘5-6lbs’ of food he needs every day to stop his weight from falling. 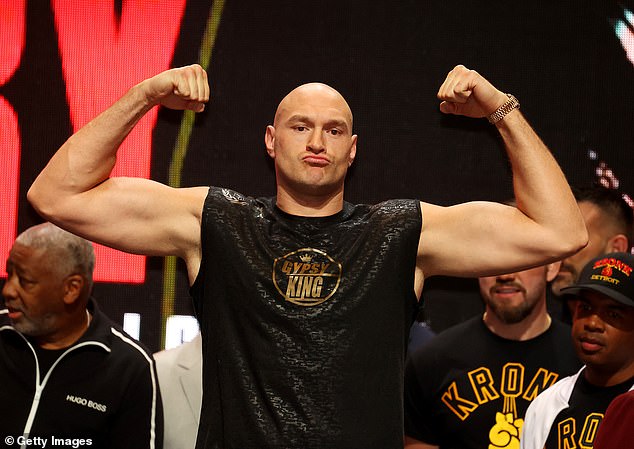 Come the early hours of Sunday morning, the Gypsy King could be as much as £31m better off

‘(That) will make him more powerful,’ Deas insists.

‘Look at the (Dominic) Breazeale fight and the last (Luis) Ortiz fight. His weight was better, his nutrition was better and his rest was better… he’s not having to finish guys off because they’re finished after a single shot.’

In the lead up to the rematch, Team Wilder have tried to be stricter with his media commitments.

That has proved easier said than done. Their dramatic first fight has only intensified the spotlight on these two warriors and already this week, they have had to negotiate a grand arrival, the 50-minute final press conference and Friday night’s tense weigh-in.

And that’s before much of the work begins.

Both Wilder and Fury are hot property for the hordes of written, YouTube, TV and radio journalists who have descended on Sin City for one of the biggest heavyweight fights of the century.

Alongside traditional newspaper briefings, big bouts across the Atlantic require fighters to go through ‘radio row’, where dozens of stations wait for their piece of the pie. 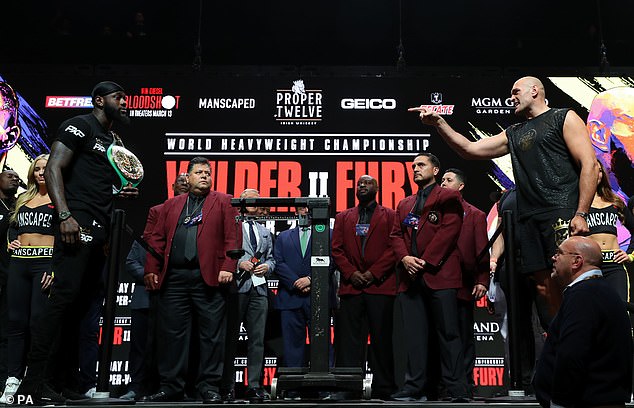 Wilder and Fury are hot property for the hordes of written, YouTube, TV and radio journalists

Then the pair have promotional obligations to satisfy and fans to meet. All in the line of duty.

‘That don’t half wear you out,’ Fury admitted after one interview.

He has been on the promotional trail since the turn of the year. That has no doubt contributed to the influx of British fans to the Nevada desert. But there is now a sense within his camp that he is ‘doing too much’.

Boxing is a short career and every fighter knows the value of eeking every penny out of their work. Why wouldn’t you when you don’t know which round will be your last?

For both these two, there is also the wider issue of trying to break through in a nation where boxing has been sidelined in recent decades.

But that job is made even harder if fatigue sets in before the first bell.

By now, training has wound down, the weeks of sacrifice and solitude replaced by one last push for eyeballs.

In an ideal world, these final few days would be spent behind closed doors – focusing the mind on the task ahead and protecting the body while they can. 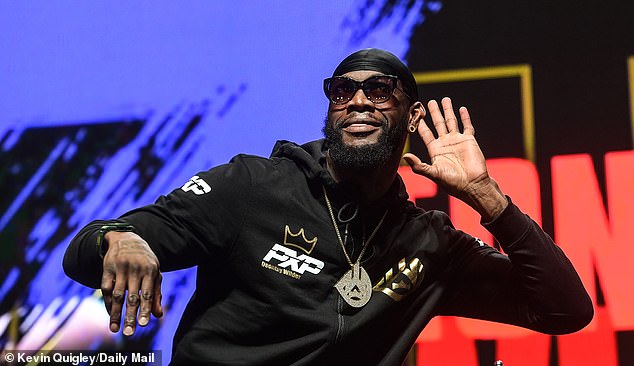 Will Wilder be able to call on all his reserves of power when opportunity knocks?

Unfortunately, Las Vegas doesn’t do quiet ones. That is good news for the assembled media and watching public.

But what of the two fighters? After all, should they be drained come fight night, no one wins.

Not the fans. They don’t pay top dollar to watch diminished giants. Not the sport, which relies on these big nights to lure in new fans and revenue streams.

But this gruelling schedule can sap body and mind.

By the final press conference it seemed to show. Reports suggested Fury may have a sore on his lip and both fighters’ sharp tongues appeared blunter than usual. Even the pushing and shoving, which failed to convince many, spoke to two excellent promoters long past the peak of their powers.

So come Saturday night will Fury be as alert to the threat of Wilder’s heavy hands after all these hours behind the mic?

And will Wilder be able to call on all his reserves of power when opportunity knocks?

Those are the questions that need answering as the clock ticks down to the first bell.

For once, though, let’s not ask the fighters what they think. 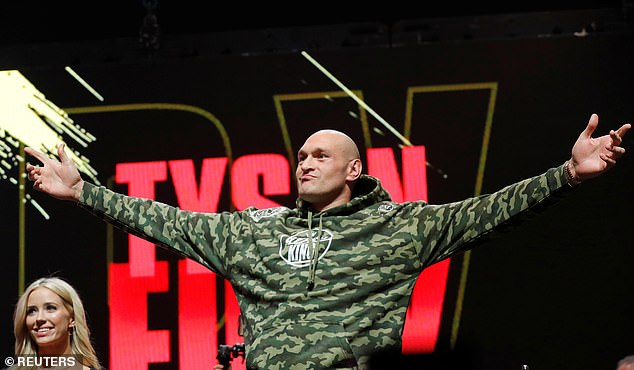 Will Fury be as alert to the threat of Wilder’s heavy hands after all these hours behind the mic?

Tags: and, Deontay, Fury, Tyson, Wilder
You may also like
Latest Posts