Deontay Wilder has added Malik Scott, who he once knocked out, as his new trainer for his “genius”.

Wilder will seek revenge against Tyson Fury in their trilogy fight for the WBC heavyweight championship on July 24 in Las Vegas and has made significant changes to his team.

Mark Breland, who threw in the towel to end Wilder’s previous defeat to Fury, has been dispensed with, Jay Deas remains but former opponent Scott is the new man in charge.

“Malik is my true brother. Even before me and Malik fought, we were very close,” said Wilder in an interview with Premier Boxing Champions.

“Throughout our careers we have always talked.

“I always wanted to bring him in because of his genius and his mindset as a fighter.

“He’s a genius in his mind, he knows what to do, but he just didn’t have the athletic body to be able to perform what’s in his head.

“I am the athlete – with instructions and teachings I am able to perform what he thinks and what he strategizes.” 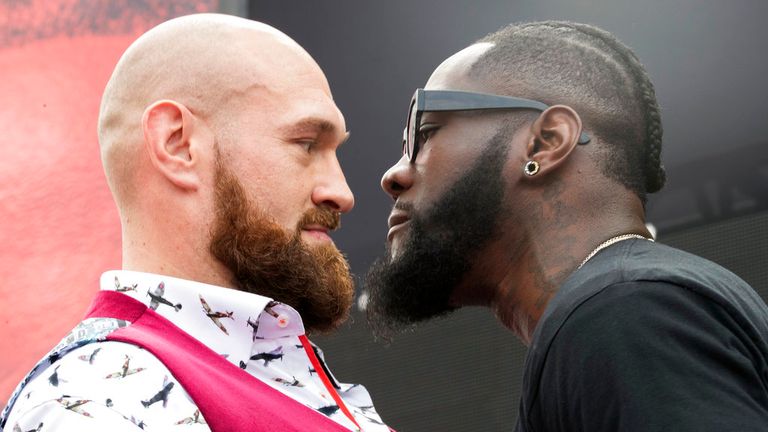 "Nothing will be bigger than this, even if he were to then go on and defeat Joshua. This is the biggest thing for him."

Deontay Wilder wanted Tyson Fury fight 'more than anything' and his team have total faith he will win, says Shelly Finkel.

Scott has revealed how Wilder offered him the lead role in the training team, in the aftermath of his second fight with Fury last February.

He told the Premier Boxing Champions podcast: “After the loss against Fury, by 3am or 4am, it was somewhere around there. We was already in motion and putting the play together on what was going on now.

“He immediately was already planning, ‘Like bro, you’re my head guy now.’ We knew this from day one that adjustments had to be made and certain things that we wanted to do just have to be put in place.

“It works perfectly, because I believe one of the most imperative things between fighter and training is just not the teaching and learning, [it’s] the chemistry.

“In this case, with my mentality and my experience, and my boxing brain, mixed with our chemistry, mixed with everything he’s receptive to and learning now – it’s going to be a bad, bad night for Fury come this trilogy.”

Scott was an American heavyweight who retired with 38 wins from 42 fights.

In 2014 Scott challenged Wilder but was knocked out in 94 seconds.

“The fight opportunity came up,” said Scott. “For that whole three months of preparation, we didn’t talk, nothing like that, and we all know what the result was.

“That didn’t deteriorate our relationship, because business is business. Someone has to lose and someone has to win.” Wilder has known Scott since a training camp for Vitali Klitschko and his former rival has regularly helped him prepare for major fights.

“I always wanted to bring him into the team but the position was always occupied and I’m a loyal person.

“Sometimes people dismiss themselves. When you are left with no choice but to get rid of those people.

“Now things are open, it was a no-brainer.

“Right after [the Fury fight] we started coming up with strategies and plans.

“It wasn’t a hard decision. He has been in all my camps but never wanted to step on anyone’s toes. Now he has filled that spot, he is in a different position.

“I’ve got a great team established.”