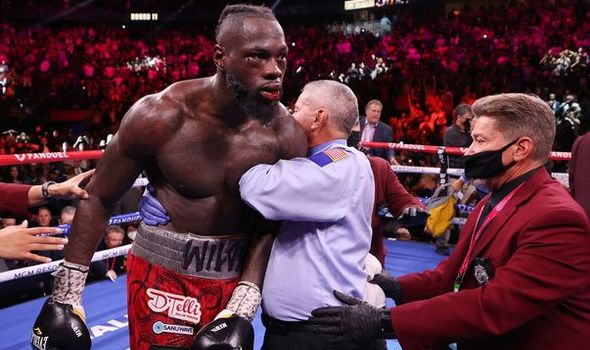 Deontay Wilder has finally broken his silence following his trilogy defeat to Tyson Fury. ‘The Bronze Bomber’ had been criticised for his undignified reaction in the wake of his defeat to Fury, refusing to embrace him after his stoppage defeat. However, he has now posted on social media thanking ‘The Gypsy King’ for the “great historical memories that will last forever.”

“Wow, what a hell of a night!” said the American.

“I would like to first and foremost thank God for allowing me to give the world another part of me that’s driven with passion and determination. I would like to thank my team and my fans for sticking by my side through this long process.

“I would be lying if I said that I wasn’t disappointed in the outcome but after reflecting on my journey, I now see that what God wanted me to experience is far greater than what I expected to happen.”

Wilder’s resilience in Las Vegas – recovering from two knockdowns before the fight was eventually stopped when he was floored a third time in the 11th – drew widespread praise. And he added the showing proved he was a “true warrior,” of boxing.