Deontay Wilder claims he was suffering with a leg injury for the duration of his loss to Tyson Fury on Saturday night. The American’s corner threw in the towel in the seventh round as the Gypsy King was crowned WBC heavyweight champion of the world.

Fury produced a boxing masterclass as he brutally bullied the home fighter from the opening bell.

Wilder was downed in the third and fifth rounds and with blood oozing from his ear and month the showdown was brought to a close in the seventh.

The 31-year-old skipped his post-fight press conference as he was taken straight to hospital after his defeat was confirmed.

But before he was whisked away he provided an update on his issues while speaking to ESPN in the ring. 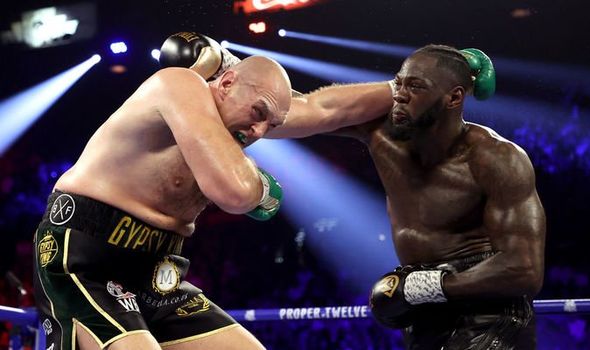 “I was ready to go out on my shield. I had a lot of things going on, coming into this fight. My leg was already weak coming in, due to other little things.

“I make no excuses. I just wish that my corner would have let me go out on my shield.

“I’m a warrior and that’s what I do. No excuses. We come back stronger.”

Wilder has yet to speak publicly since leaving the MGM Grand in Las Vegas but Yahoo Sports’ Kevin Iole claims the former champion’s injury is not as bad as first thought.

“Just got some information, Wilder did not have a broken jaw as some have speculated, nor did he have a broken eardrum,” he said.

“He had a 2cm cut in his ear that took seven stitches to close.”

“His legs didn’t look great to me early on,” Dea explained. “I didn’t think his legs look like they normally look. 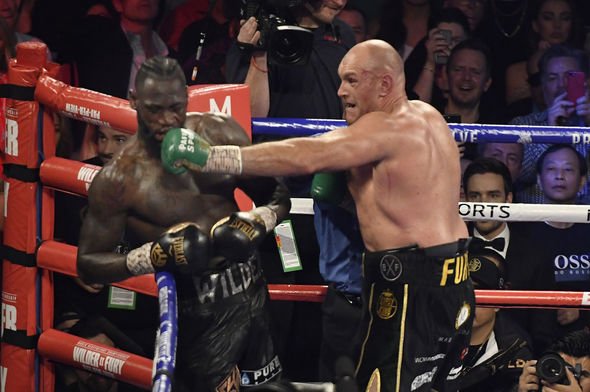 “I know he came to the ring in the outfit, which was very heavy.

“I don’t know if that had anything to do with it. Tyson’s a lot of weight to be putting on you as well.

“I don’t know all the answers yet but once I see the film, I’ll know more.”