Deontay Wilder claims he has not yet been able to unify the heavyweight division because Anthony Joshua continues to “run to an easier opponent”. Wilder won the WBC world title in January 2015 but negotiations to fight Joshua and unify the weight category have repeatedly failed to materialise.

There was widespread clamour for the undisputed fight to happen in the summer of 2018 when both fighters were unbeaten but Matchroom Boxing and PBC chiefs could not come to an agreement after protracted talks.

Instead, Wilder signed a deal to fight Tyson Fury and the pair’s dramatic draw has brought around this weekend’s highly-anticipated rematch.

Joshua has not been mentioned often during fightweek despite regaining his WBA, IBF and WBO straps in Saudi Arabia in December – but Wilder responded to a question regarding the Englishman during an Instagram live video.

Prompted by a viewer who wrote “Stop running from AJ”, Wilder laughed before providing an impassioned reply. 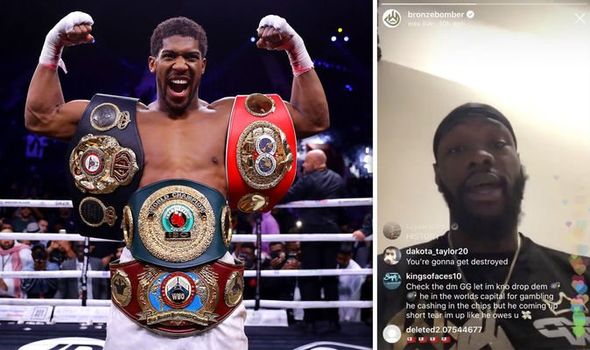 “Dude ain’t talked about over here no more,” he started. “You know what I’m saying?

“He off in the wind right now, as he should be. He don’t wanna fight nobody, bro.

“A lot of people ask me: ‘Why haven’t you unified?’ That’s a simple question to ask, let’s think about.

“Why haven’t I unified yet? It’s easy, it’s because I haven’t got the opportunity.

“Like all these other guys, I haven’t got the opportunity because all the other champions that have belts… what do they do?

“They run somewhere else, they run to an easier opponent.

“When you got a guy with power coming in at the heavyweight division, and the division is based on power, I’m gonna be the last gut they wanna fight.

“There’s gonna be a lot of guys that call my name like that but they ain’t trying to fight me.” 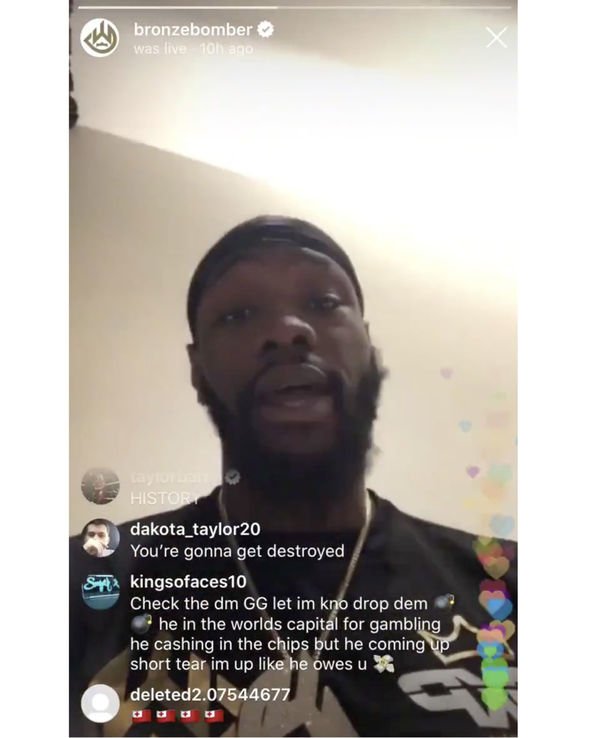 Joshua’s promoter Eddie Hearn has opened the door to fighting the winer of Wilder vs Fury 2 later this year but has admitted he believes there is more chance of Fury fighting his golden goose.

Joshua is close to finalising a deal to fight IBF mandatory challenger Kubrat Pulev in June at the Tottenham Hotspur Stadium.

The 30-year-old also has Oleksandr Usyk waiting in the wings with the WBO but the Ukrainian will put his position on the line with a bout against Dereck Chisora in the summer.

Wilder and Fury could yet have a trilogy fight later in 2020 which is included in both fighters’ contracts.

Fury’s promoter Frank Warren explained to BBC Radio 5 Live: “The loser has 30 days to call on the rematch and that has to be accepted.”