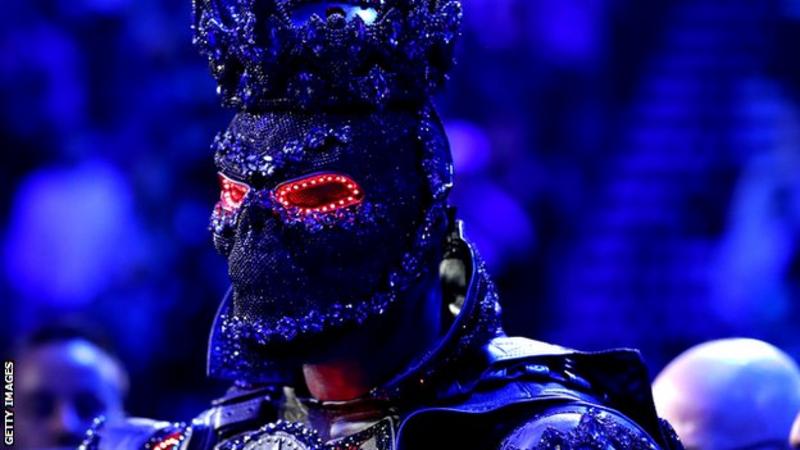 As excuses go, no one could have seen Deontay Wilder’s latest coming and it has floored us.

Since losing his WBC heavyweight world champion belt to Tyson Fury over the weekend, Wilder has been at some pains to let the world know that there were some mitigating factors to consider.

First, he criticised his assistant trainer, Mark Breland, for chucking in his towel to stop the fight.

“Fury didn’t hurt me at all, but the simple fact is that my uniform was way too heavy for me,” Wilder told Yahoo.

He’s also told US media that he will exercise his rematch clause for a third fight, which could delay any potential Tyson Fury v Anthony Joshua fight.

AJ’s promoter, Eddie Hearn, said on talksport today, “I thought it was a wind-up. He’s obviously got the worst PR team in history. It’s just bizarre.”

The rest of the internet is not having any of it either.

Even YouTuber Logan Paul, who was mocked for blaming his loss to KSI on a cold, had no sympathy, tweeting: “Deontay Wilder is a beast. In fact, I thought he was going to win. But him blaming his horrible performance on the WEIGHT of his walk-out costume is the equivalent of me waking up and sneezing three times.”

Wilder said the costume, which featured armour, a mask and a crown, weighed at least 40 pounds (18.1kg) and was a tribute to Black History Month.

“I didn’t have legs from the beginning of the fight – in the third round, my legs were just shot all the way through,” he explained.

To be fair, Fury did get carried in on a throne, which does sound like a more relaxing pre-fight routine.

“Let’s be honest – from a man that’s six foot seven and weighs what Wilder does, a three-stone costume makes absolutely no ounce of difference,” she told BBC Radio 5 Live.

Anglesea also added, “We’ve made costumes for heavyweight fighters, including Dillian Whyte, that are super-heavy because we’ve used 30,000 crystals, but he knocked Dereck Chisora out.”

Whyte achieved that feat in December 2018.

Wilder is also known for his walk-in outfits. Saturday’s rig-out reportedly cost him around $40,000, (so, roughly, a grand per pound of weight), which is a lot of money to drop if it indeed did hamper him. 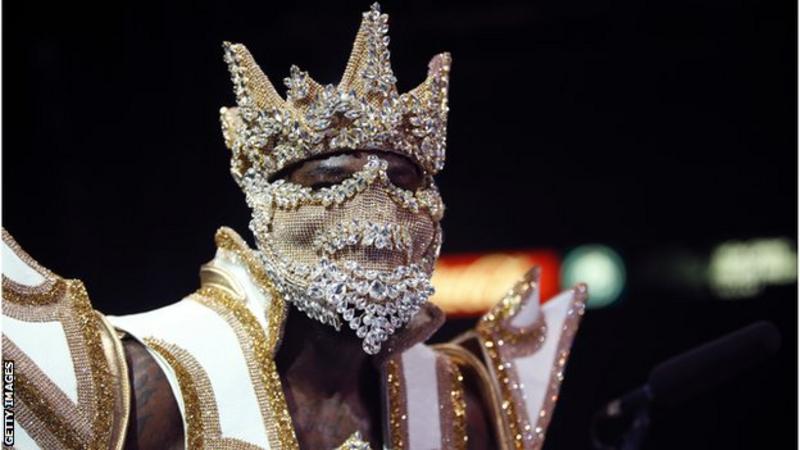 “I was only able to put it on [for the first time] the night before but I didn’t think it was going to be that heavy,” he added.

Meanwhile, Anglesea claims that she thinks Tyson Fury picked up the crown he wore on Saturday night, “from a pound shop”.

In the canon of boxing excuses, where does this one rank?

David Haye was widely derided after blaming a toe injury for a defeat by Wladimir Klitschko in 2011 – Frank Warren calling him, rather cuttingly, a “cry baby” at the time.

In 2015, Manny Pacquiao’s team attributed his poor performance against Floyd Mayweather to an injured shoulder. Pacquiao was then actually sued by The Nevada Athletic Commission (NAC) for dishonesty after they countered that the Filipino did not declare he had a problem on a pre-fight questionnaire.

Pacquiao also once claimed that a particularly thin pair of socks – causing blisters – stopped him from beating Juan Manuel Marquez.

Obviously, it’s not just boxers who come out with this stuff too. When Ukraine were hammered 4-0 by Spain in their opening game of the 2006 World Cup, defender Vladislav Vashchuk posted that it was “because of the frogs’ croaking,” outside their team hotel, that meant, “we hardly got a wink of sleep.”

And how about former Manchester United boss Sir Alex Ferguson blaming a grey kit for his side’s dismal performance against Southampton in 1996. After losing 3-0 at half-time he ordered them to change into their blue and white kit. They still lost 3-1.

And Australia captain Steve Smith blamed an overhead camera for distracting him after he dropped a catch against India in 2015.

Wilder still has time to trigger another rematch clause with Fury, so we may get to see how he fares with a different walk-in outfit.

Tags: blamed, Deontay, has, his, Wilder
You may also like
Latest Posts