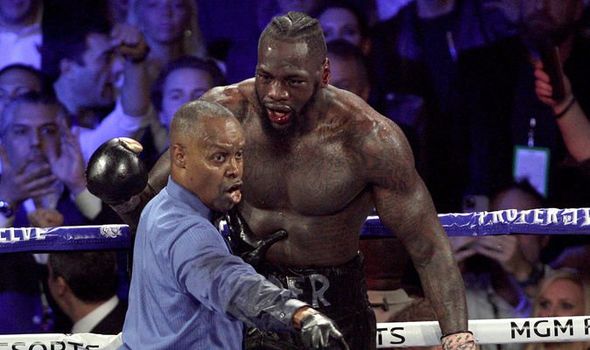 Deontay Wilder has 30 days to exercise a clause in his contract to trigger a trilogy fight with Tyson Fury. The Gypsy King put on a show in Las Vegas on Saturday night to secure the WBC heavyweight title. Fury floored Wilder twice before the American’s camp threw in the towel in the seventh round.

Wilder was furious after the stoppage, insisting he could have continued to fight.

Fury has also revealed he’s open to fighting the American again after dominating in Vegas on Saturday night.

It’s understood Wilder has 30 days to decide on whether he’ll trigger the rematch clause in his contract.

The trilogy would take place later this year, which would delay a possible blockbuster fight between Fury and Anthony Joshua. 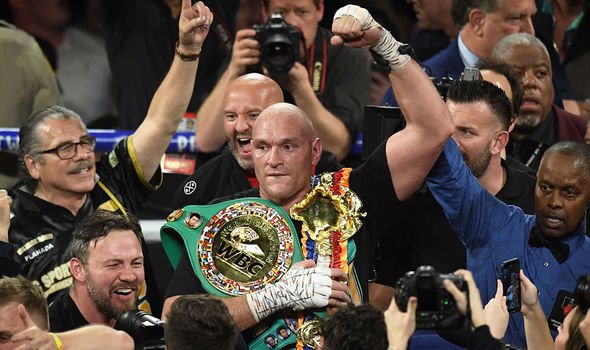 Fury was vocal after his win, insisting he’s willing to face Wilder again despite dominating the American in Vegas.

He said: “I need to enjoy this victory and Deontay will need to recover from this fight.

“Tonight was my night and I was never going to let anyone take it from me.

“I’m my own worst critic and even though it was a fantastic performance, I know I can do better.

Wilder’s head trainer Jay Deas insisted it wasn’t him who threw in the towel, it was instead his co-trainer Mark Breland.

“I absolutely think he will want to rematch.