Deontay Wilder’s trainer Mark Breland made the right decision by throwing in the towel against Tyson Fury, because his bleeding ear was “worrying”. That’s the opinion of former cruiserweight world champion Johnny Nelson.

Wilder lost his WBC world heavyweight title in dramatic fashion to Fury, 14 months on from their first meeting – which ended in a controversial draw.

There were no doubts about the conclusion of the rematch, however.

Fury put in a career-best performance in the MGM Grand to rip the WBC belt away from Wilder with a seventh-round stoppage.

The ‘Bronze Bomber’ was sent to the canvas four times in the bout, and appeared to be a shadow of his former self in the defeat. 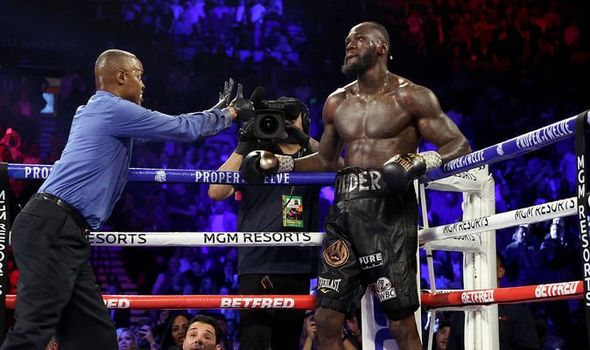 Fury crushed Wilder to the canvas in the third round with a crippling straight right hand, as the ‘Gypsy King’ took the fight to the heavy-hitting American.

That was to be the first of a series of significant blows from the challenger, with Wilder struggling to land anything solid of his own.

Wilder appeared to be badly hurt from the third knockdown onwards, as he lost his footing on his way to the canvas.

His legs were shaky from the moment he first touched down, and he was unable to formulate any power in his punches as a result.

Worse still, his ear was bleeding badly throughout, with a suspected ruptured eardrum the reason.

Speaking after the bout, Wilder criticised the decision made by his corner to throw in the towel, while he was getting pummelled in the corner against the ropes.

But Nelson believes the right decision was made, because bleeding from the ear is always a bad sign.

Writing in his Daily Mail column, the former champion explained his view of the fight. 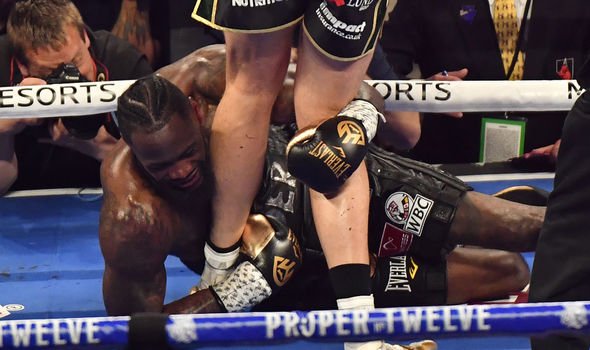 “Wilder said he wanted to carry on and we have seen him make comebacks within fights before,” said Nelson.

“From a fan’s perspective, you could argue he had not been hit with full-blooded shots, but the injuries told a different story.

“He was bleeding from his mouth after a hit to the jaw — and his ear was bleeding which is always worrying. His equilibrium had gone, where you lose balance and, with bleeds from the ear, while it may have been a cut, you should not take any chances.

“He wasn’t offering much defence and Mark Breland made the right shout throwing in the towel.

“Head trainer Jay Deas has great faith in Wilder and may have disagreed but, when they watch it back, it was the right call.”