Deontay Wilder claims Tyson Fury is ‘pricing himself out’ of an undisputed heavyweight fight with Oleksandr Usyk by demanding £500million – but that he would happily take on the Ukrainian if asked.

Fury holds the WBC belt after victory over Wilder in October 2021, while Usyk is the WBA, IBF and WBO champion, and recently retained them with a split decision win over Anthony Joshua.

Fury has reportedly said he wants half a billion pounds to take on 35-year-old Usyk, and even with the huge money flying around in the boxing world, it could be a huge ask. 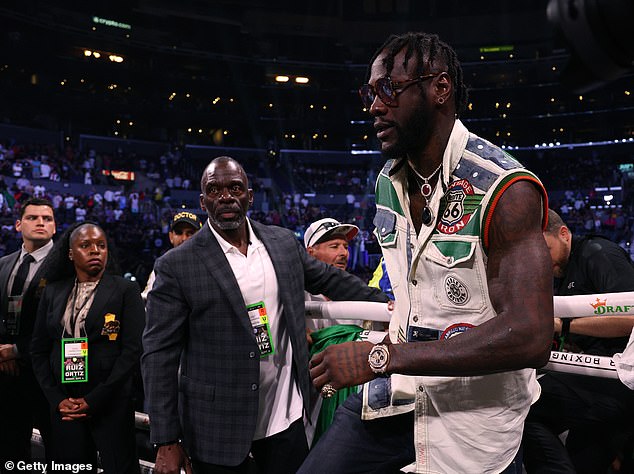 The Bronze Bomber said if Fury was asking for too much, Usyk’s team are welcome to reach out to him instead, as he wants to prove himself at the top of the heavyweight division.

According to talkSPORT, Wilder said: ‘If he overprices himself, they know where to find me. £500million is definitely pricing himself out.

‘I’m here, Deontay Wilder’s back. I’m here to make the division back strong and exciting again. I’m here for all the smoke.

‘But we’ll see what happens. Boxing is a business. It’s strictly a business and you’ve gotta treat it accordingly. We’ll see how the business has to be handled for that fight to happen.’ 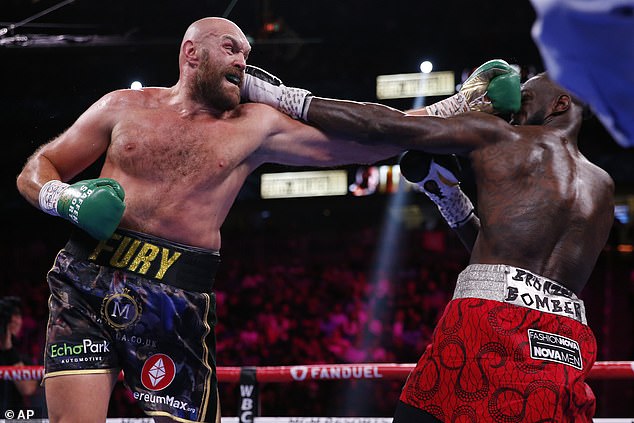 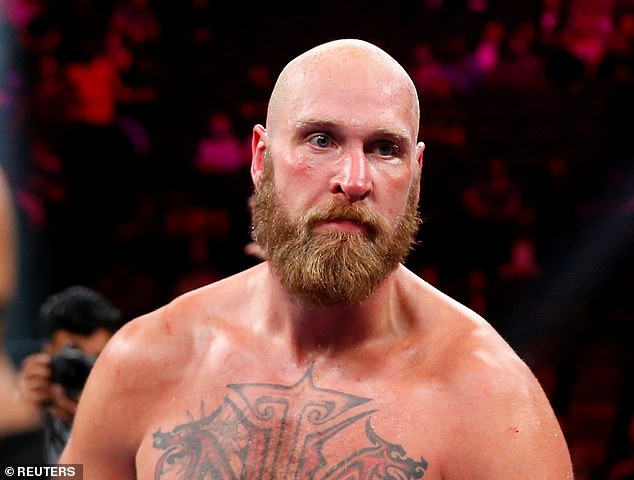 The Bronze Bomber has not been in the ring since being knocked out by Fury last October, but the 36-year-old returns next month to take on Finland’s Robert Helenius in New York.

Victory in his comeback would make Wilder a contender to take on anyone who will face him at the top of the heavyweight division.

Andy Ruiz Jr said he wants to take on Wilder, according to claims made just after his win against Luis Ortiz over the weekend.

Usyk has no plans to fight again in 2022, but is set to fight again next year once he has spent some time with his family and overcoming old injuries.

Fury, 34, is planning to tackle another opponent before the end of this year, before eyeing up a blockbuster battle with the Ukrainian in 2023. 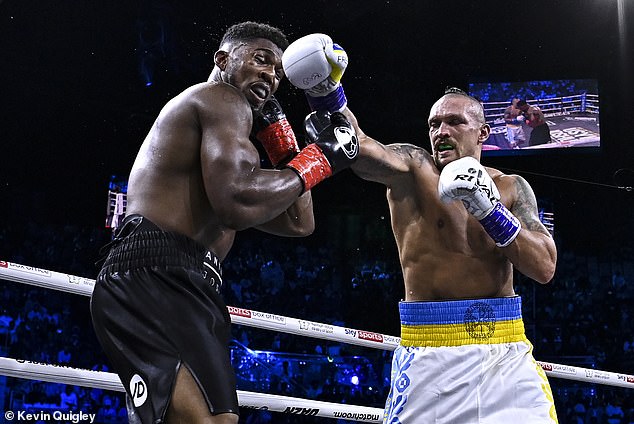 Usyk has no plans to fight again in 2022, waiting until next year to return after injury battles