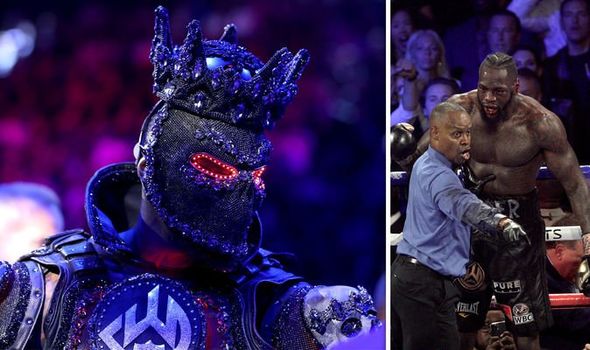 Deontay Wilder has partially blamed his defeat to Tyson Fury on his walkout costume, insisting the extravagant outfit drained his energy reserves. The American’s reign as WBC heavyweight champion came to an end in the seventh round of his multi-million-pound rematch with ‘The Gypsy King’.

After being dropped twice and showing no signs of recovery, Wilder’s corner mercifully threw in the towel to protect the Olympic bronze medalist.

Wilder was out on his feet in the fifth, sixth and seventh rounds, offering very little offence due to a clear lack of cardio.

Immediately after the fight, Wilder’s head coach Jay Deas attributed the former champion’s lack of endurance to the all-black jewel-encrusted outfit he wore during his ring walk. 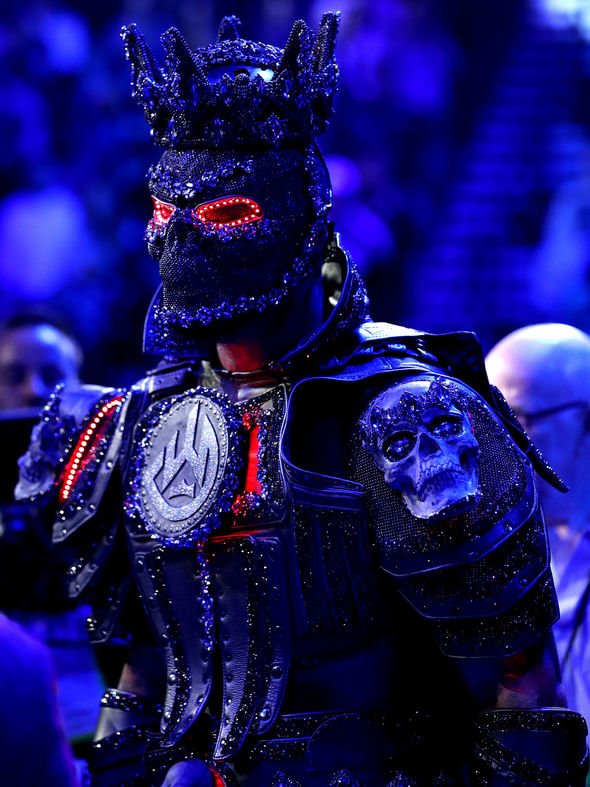 My uniform was way too heavy for me. I didn’t have no legs from the beginning of the fight.

“He didn’t hurt me at all, but the simple fact is… that my uniform was way too heavy for me,” Wilder told Yahoo Sports. “I didn’t have no legs from the beginning of the fight.

“It could easily be told that I didn’t have legs or anything.

“A lot of people were telling me, ‘It looked like something was wrong with you.’ Something was, but when you’re in the ring, you have to bluff a lot of things. I tried my best to do so. I knew I didn’t have the legs because of my uniform.

“I was only able to put it on [for the first time] the night before but I didn’t think it was going to be that heavy.

“It weighed 40, 40-some pounds with the helmet and all the batteries.

“I wanted my tribute to be great for Black History Month. I wanted it to be good and I guess I put that before anything.”

The decision of Wilder’s trainer Mark Breland to throw in the towel was hailed by many, with the general consensus being he saved the Olympian from taking any more unnecessary punishment. 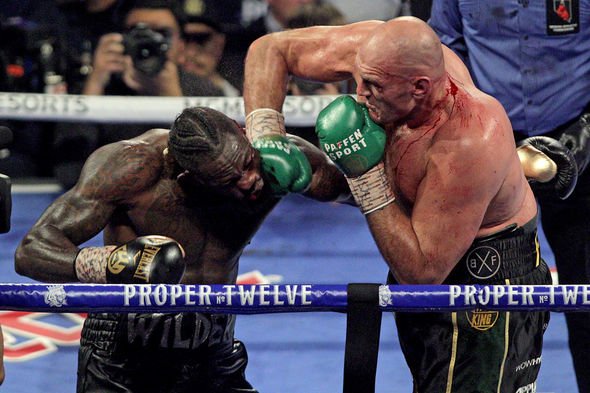 Wilder, however, didn’t see it that way, and immediately shouting at Breland: “Why did you do that?”

One would assume his stance on the stoppage would’ve changed a few days removed from the fight.

That, however, hasn’t proven to be the case – with Wilder adamant Breland should’ve allowed him to ‘go out on his shield’ and he now considering ending their working relationship.

“I said, ‘As a warrior, as a champion, as a leader, as a ruler, I want to go out on my shield.’ If I’m talking about going in and killing a man, I respect the same way. I abide by the same principal of receiving.

“So I told my team to never, ever, no matter what it may look like, to never throw the towel in with me because I’m a special kind.

“I still had five rounds left. No matter what it looked like, I was still in the fight.”

Wilder has until March 23 to exercise the trilogy fight clause that was placed into his contract to rematch Fury, which he intends to trigger in the coming weeks.