Deontay Wilder’s fiancee Telli Swift has seemingly confirmed that the Bronze Bomber will exercise his optional right of a rematch with Tyson Fury. Wilder was knocked out by the Brit in their WBC world title fight on Saturday.

Wilder and Fury fought for seven rounds before the former’s corner threw the towel following a barrage of punches from the Gypsy King.

Wilder was left battered and bloodied and many thought he would turn down the option of a rematch because of the nature of the victory.

The deal, arranged prior to Wilder’s clash with Fury, allowed the loser to exercise a trilogy match within 30 days of Saturday’s clash. 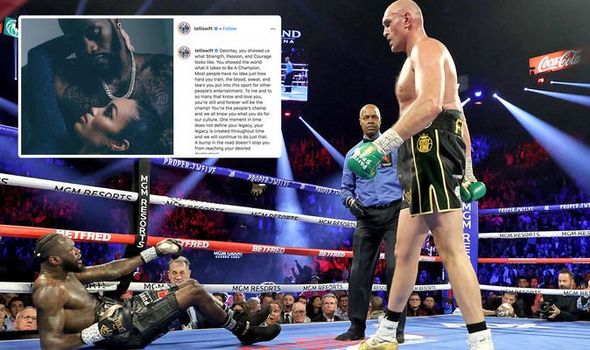 Fury, as the winner, would be entitled to a 60/40 percentage split in regards to the money being put up for the fight and the cash made from PPV and ticket sales.

But Wilder’s girlfriend Swift has confirmed that he wants to go for the rematch immediately.

That message followed a tribute to Wilder, whose five-year reign as the WBC champion ended on Saturday.

“Deontay, you showed us what Strength, Passion, and Courage looks like,” she said.

“You showed the world what it takes to Be A Champion.

“Most people have no idea just how hard you train, the blood, sweat, and tears you put into this sport for other people’s entertainment. 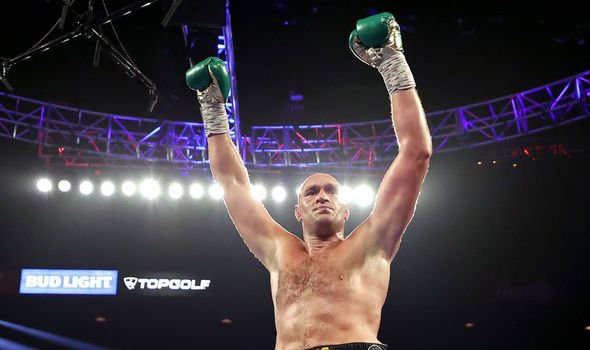 “To me and to so many that know and love you, you’re still and forever will be the champ!

“You’re the people’s champ and we all know you what you do for our culture.

“One moment in time does not define your legacy, your legacy is created throughout time and we will continue to do just that.

“A bump in the road doesn’t stop you from reaching your desired destination!

“Deontay you are and will always be a King with the tenacious heart of a warrior who has elevated the Heavyweight division back to its glory days in the US, you’ve never backed down and never will from any opponent and I am confident you will fulfil all of your dreams!

“And the journey continues with the same end goal, One face one name one champ!

“I love you, the kids love you, and you are loved by so many.”