Khabib Nurmagomedov has ‘AGREED to a sensational UFC return from retirement to avenge Islam Makhachev if he loses against Rafael dos Anjos on Fight Island in October’, claims Brazilian MMA star

Khabib Nurmagomedov will sensationally come out of retirement to fight Rafael dos Anjos if he beats Islam Makhachev, the Brazilian has claimed.

Dos Anjos shared an update on Twitter, writing: ‘I just heard back from the UFC that Islam accepted to fight me Oct 30, 5 rounds in Abu Dhabi and Khabib agreed to come out of retirement to avenge his brother’s loss after that.’

Makhachev is touted by many as a future champion and the Dagestani is Khabib’s close friend, training partner and protege. 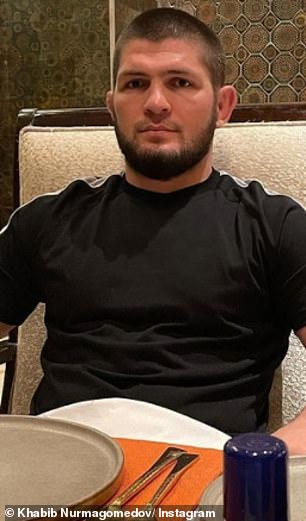 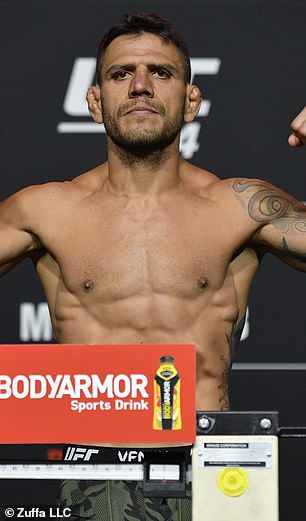 He defeated Thiago Moises on Saturday night via fourth-round submission and has since risen to No 5 in the lightweight rankings.

The wrestling supremo has twice been scheduled to take on Dos Anjos, who is now No 7, but the bout fell off on both occasions.

Before agreeing for a third time, Dos Anjos wrote that he would only sign if he could face Khabib as reward for a win.

And now the 36-year-old says the negotiation is complete for a clash with Makhachev on Fight Island in October. 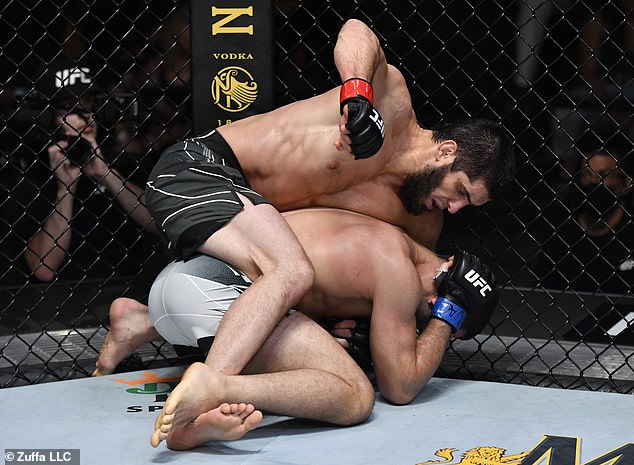 Whether Khabib has given the green light in expectation of Makhachev putting Dos Anjos to the sword remains to be seen.

The Russian called time on his career at the age of 32 having achieved the pound-for-pound No 1 spot after his win over Justin Gaethje.

He emotionally retired just weeks after the death of his father Abdulmanap following complications from Covid-19.

And Khabib promised his mother he would not fight again without his father in his corner. 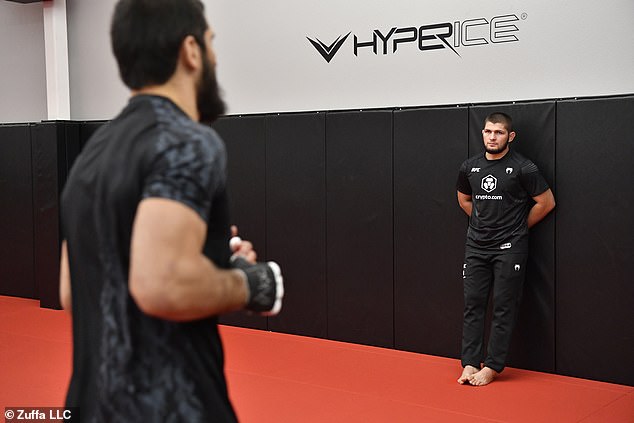 Dana White strived for months to convince the grappling sensation to return but to no avail so his ears will have pricked up at Dos Anjos’ statement.

Fighters in their prime rarely stay retired for long but Khabib is a man of principle so it would be a huge surprise to see him return, particularly when he has talked up Makhachev has his heir.

The 29-year-old has a similarly suffocating style but perhaps with more polished striking and it feels a matter of time before he emerges from Khabib’s shadow.

But it will be fascinating to see whether Dos Anjos’ claim rings true.

Tags: &apo, Anjos, dos, has, Khabib, says
You may also like
Latest Posts