Anthony Joshua’s promoter Eddie Hearn has called for Tyson Fury to face AJ in the summer after the Gypsy King knocked out Deontay Wilder in Las Vegas to win the WBC world heavyweight title.

But as soon as the fight was over, fans on Twitter clamoured for an undisputed fight between Fury and AJ.

One fan said to Joshua’s promoter Hearn: “Not a chance Eddie Hearn is letting Joshua anywhere near Tyson now.” 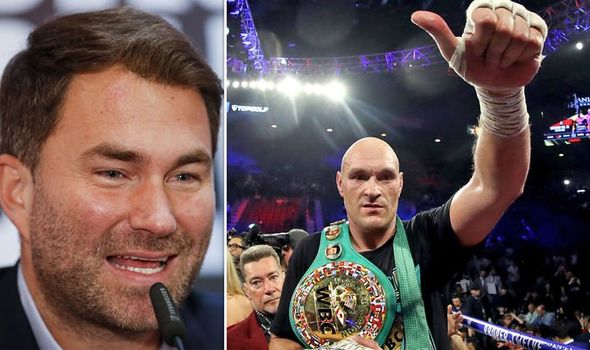 And Hearn replied: “Ofcourse I am! And AJ wants it bad..this fight is gonna and has to happen this year!

“No need for a third let’s go straight to it in the Summer! #undisputed.”

Hearn also added that it was an incredible game plan from Fury and his trainers SugarHill Steward and Andy Lee.

He said: “Wow unbelievable from Fury!

After the fight, Fury anointed himself the heavyweight king of the world once again.

“I want to shout out Deontay Wilder, he showed the heart of a champion,” he exclaimed. 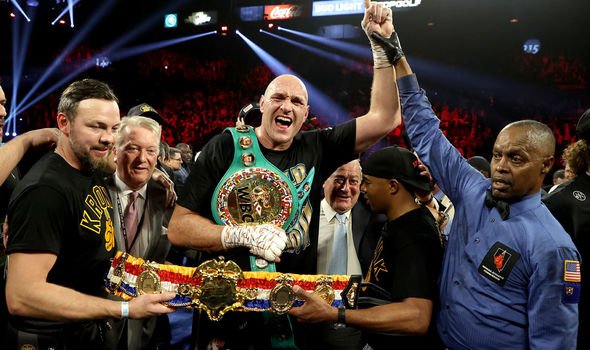 “He got up and battled onto round seven. He is a warrior, he will be back and be champion again.

“But the king has returned to the top of the throne.”

Wilder added: “The best man won on the night. My coach threw in the towel but I’m ready to go out on my shield.

“I just wish my corner would have let me go out on my shield, I’m a warrior. But he [Fury] did what he did and there’s no excuses.”