Eddie Hearn says his Matchroom Boxing shows will go ahead as normal until they’re told otherwise, amid fears that the Coronavirus crisis will cancel sporting events in the UK over the coming weeks. Hearn confirmed his team have had ‘government meetings’ about the epidemic.

Earlier this week, it was confirmed that Italy had cancelled all sporting events in the country until April 3.

UEFA have also ordered a number of Champions League and Europa League games to be played behind closed doors.

Football games in France and Germany will also take place without the presence of fans.

No new measures are in place for sporting events in the UK at the moment, but if the coronavirus spread becomes worse, sanctions may be imposed.

JUST IN: Tyson Fury explains why Anthony Joshua is not a real champion 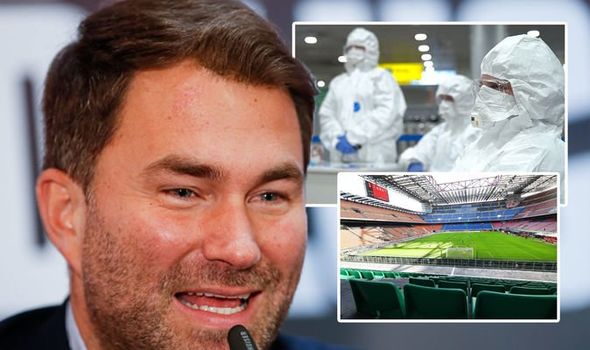 It was confirmed on Tuesday that 373 people in the UK had tested positive for the virus.

But Hearn says there are no plans to alter any of his upcoming boxing events in Britain, which include Dillian Whyte vs Alexander Povetkin and Anthony Joshua vs Kubrat Pulev.

“Italy has affected us because we’ve lost two shows there which we have to reschedule for later this year.

“We’re all systems go here, our team were at a government meeting yesterday to talk about the procedures, precautions and potential at cancelling large events.

“It doesn’t seem imminent at the moment. But it depends on how bad things get.

“It’s concerning times for event promoters because it will cause a big shake-up.

“It’s not even just about gate revenue, it’s about the atmosphere, you can’t have a fight with just the TV crew there. 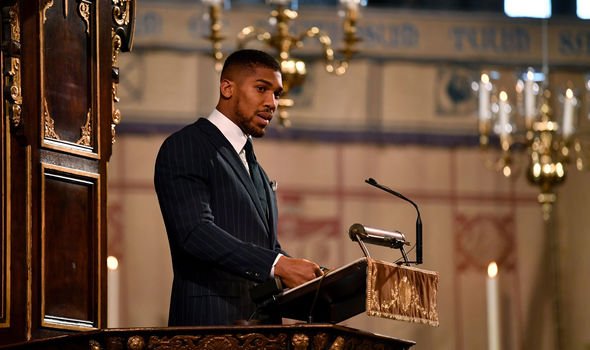 “The crowd energises the performers, that energy takes fighters to their peak.

“Could you imagine Dereck Chisora vs Oleksandr Usyk and Chisora knocks Usyk out and he gets on the turnbuckle and there’s no-one there. It doesn’t work.

“We’re hoping for the country’s sake that we can control this virus and everything proceeds as normal.

“Panic has been caused but we don’t know the truth, we’ll always be lied to about this stuff anyway.

“Everyone wants to watch live boxing and football, we’ll keep filling the arenas until we’re told we can’t do live events.

“Personally, I don’t think anything will happen , the numbers in Italy are out of control, the numbers here are nothing compared at the moment. So keep washing your hands!”

Tags: autoplay_video, coron, ctp_video
You may also like
Latest Posts