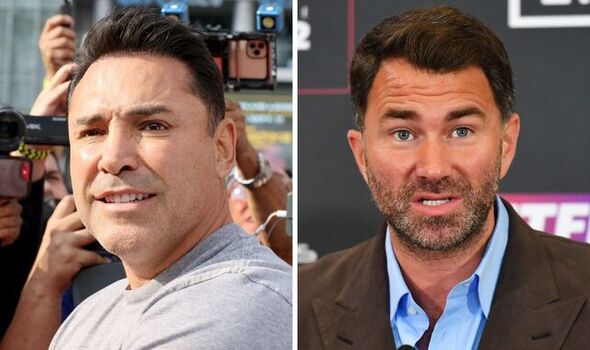 Oscar De La Hoya has branded Eddie Hearn a ‘casual’ after he named his top ten best heavyweights of all time. Hearn was recently quizzed about his all-time list on the DAZN Boxing Show.

Hearn then went on to rank Joshua, Oleksandr Usyk and Tyson Fury, joint ninth due to their position as the three best heavyweights of the modern era. Hearn’s list was shared on Twitter by BoxRaw on Saturday, receiving a largely negative response, none more so than Oscar De La Hoya who responded to the tweet, stating: “He’s [Eddie Hearn] a casual.”

It appears the main brunt of the criticism against Hearn’s list lies in his inclusion of Joshua, Fury, and Usyk. While names like Joe Louis, Larry Holmes, and Jack Johnson are nowhere to be seen. 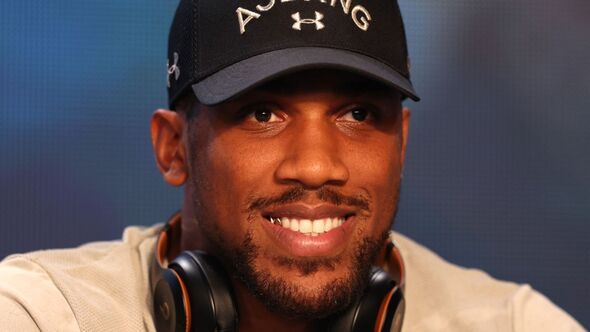 But this is just the latest dig from De La Hoya who has been ramping up his ridicule of the British promoter since Canelo Alvarez parted ways with De La Hoya’s Golden Boy and began working with Hearn’s Matchroom Boxing. The former multi-weight world champion branded Hearn’s decision to match Canelo with WBA light-heavyweight champion Dmitry Bivol as the ‘dumbest move in boxing history’ following the Mexican’s defeat in May.

In response to those comments, Hearn fired back at De La Hoya during a recent appearance on The MMA Hour, saying: “The thing is, promoters want to make easy fights for their clients, because they want to milk as much money as possible. I’m a promoter, and I do see the science in that. I’m also a fan. I also want to sit there, if I’m invested in a fight — and sometimes there is quite a lot of financial risk in a fight — I really don’t want to pay big money to see a mismatch. I don’t want to sit there and watch a mismatch. Sometimes it happens, and there’s nothing we can do about that. Not every fight is a ‘Fight of the Year’ contender.

Usyk gets sneaky as Ukrainian recruits ex-Joshua insider for rematch

Tony Bellew ‘would not pay’ for Derek Chisora vs Deontay Wilder 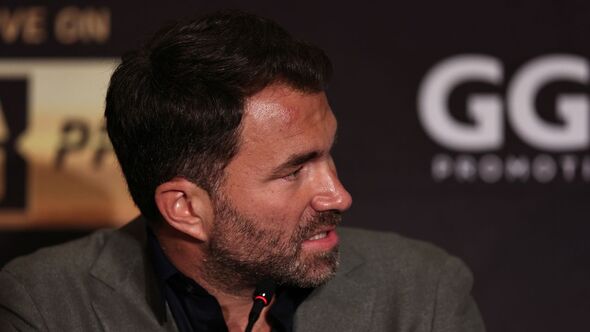 Hearn and Canelo now turn their attentions to the Gennady Golovkin trilogy fight on September 17. The former pound-for-pound king will be defending his undisputed super-middleweight crown at the T-Mobile Arena in Las Vegas against the Kazakh who makes his debut at super-middleweight in two months’ time.