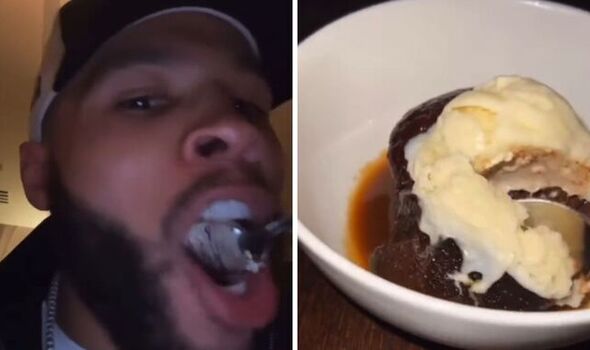 Further concerns have been raised about Chris Eubank Jr’s ability to make weight for his October 8 clash with Conor Benn as he releases another gluttonous video. Next Gen followed up his ‘KFC-gate’ video – in which he was seen eating an entire KFC fried chicken bucket – by sharing numerous clips to his Instagram story of him wolfing down deserts on his birthday.

The 33-year-old started off with tiramisu laid on a plate with “60%” drizzled in chocolate – in reference to his comments at the pre-fight press conference that he ‘only needs to be at 60% to beat Benn’. Eubank Jr followed this up with another Instagram story of him eating ice cream and a chocolate muffin, captioned: “just can’t help myself.”

Next month, Eubank Jr must dip down to a career lowest weight of 157lb in order to face Benn. He is also expected to be below an undisclosed limit on the day of the fight with a rehydration clause reportedly inserted into the contract.

Eubank Jr has never been lower than middleweight (160lb) in the paid ranks and fought a good stretch of his career at super-middleweight (168lb). With all of this in mind, fans are less than convinced that the Brighton boxer will make the weight.

@seanleicester94 tweeted: “Troll all he wants, won’t make weight then will make excuses.”

@Aomura18 concluded: “Bro about to lose his only credibility on the scale.” 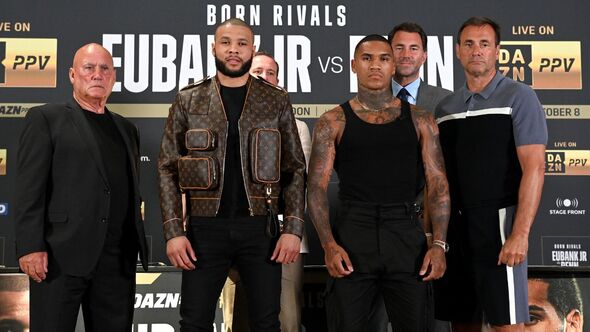 For a time, there were doubts whether the fight would happen altogether after Chris Eubank Sr threatened to pull his son out of the contest due to the agreed weight being too low.

Speaking to the Daily Mail, he said: “I’ve given him my direction. If he doesn’t want to follow it, he will be dragged along. But he will do what is right for him… he is coming down 1oz below 160lbs which cannot happen on my watch.”

However, both Eubank Jr and his promoter Kalle Sauerland have since come out to confirm that the fight is still on.