Tyson Fury has taken to social media to take a shot against Deontay Wilder ahead of their trilogy bout.

The Gypsy King was set to face Anthony Joshua for the undisputed heavyweight championship in August, only to be ordered by an arbitration judge to fight Wilder in a second rematch, after stripping him of his WBC title last February.

Wilder and Fury are now set to lock horns for a third time at Las Vegas’ new Allegiant Stadium on July 24, putting any potential Battle of Britain between Fury and AJ on the back-burner. 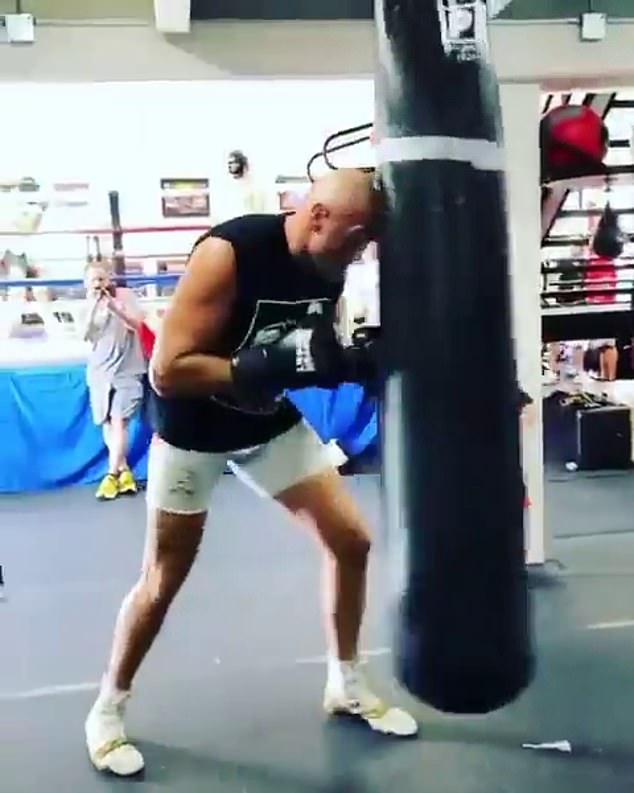 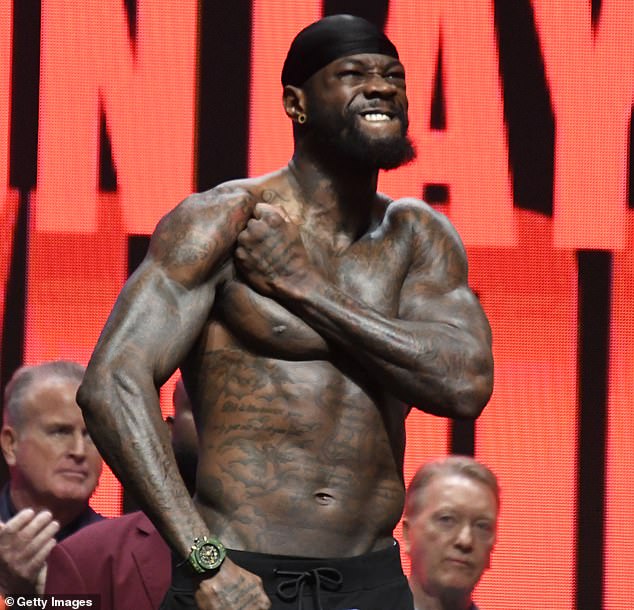 Fury stopped Wilder in the seventh round the last time they fought, but the ‘Bronze Bomber’ is keen to get revenge and put himself in contention for an undisputed bout with Joshua.

The undefeated British boxer though is training hard for his third bout with Wilder and has taken to social media to send out a message to the American.

Fury posted a video to his Twitter account showing him in training firing some low punches at a bag with the caption ‘few body shots for Wilder’s skinny body’.

It is the latest in a number of tweets he has posted firing shots at Wilder who had held an undefeated record before his defeat to Fury.

On Thursday, Fury posted a picture from their last fight with the Britain standing over Wilder who was sat on the ground with the caption ‘please don’t forget the beat down I gave you last time chump’.

Later that day he posted another video of his training saying he was going to ‘bulldoze’ Wilder in their fight in less than two months time.

Ahead of Josh Taylor’s victory over Jose Ramirez in Las Vegas last week, Fury who was in attendance said: ‘I will knock out Wilder on July 24 in this town and I’ll knock out Anthony Joshua as soon as he likes after that.’

Wilder’s camp though expect him to defy the odds and exact revenge against Fury.

His manager Shelly Finkel said in an interview with Sky Sports, Finkel said: ‘He (Wilder) is definitely capable. No excuses, he wasn’t the Deontay we know in that second fight and we’ll be looking to surprise the world.

‘We’re not really that surprised if it happens, but everyone else will and I honestly believe Deontay is going to stop him this time.’

He added: ‘That would be the obvious next goal [undisputed fight with Joshua], but we can’t even think there. We have to focus totally on this fight.

‘This is what is in front of him. This is what’s important and this is what Deontay’s goal is. Nothing will be bigger than this, even if he were to then go on and defeat Joshua. This is the biggest thing for him.’ 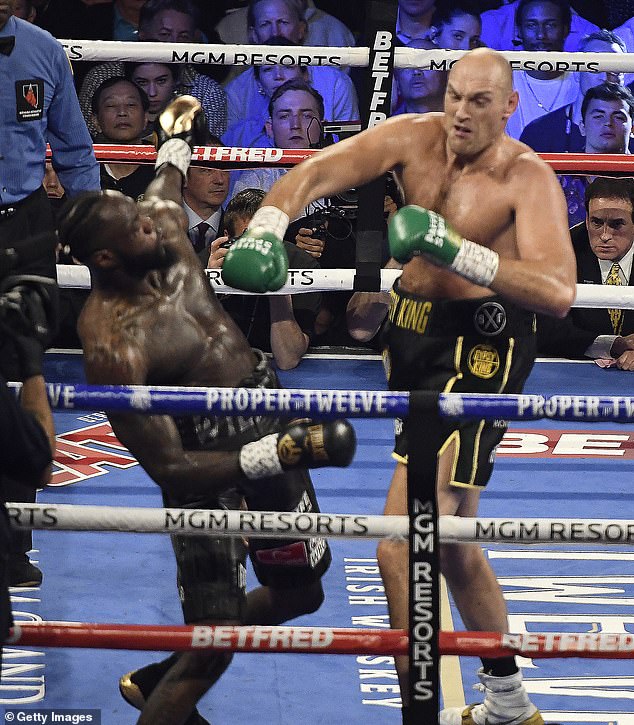 Tags: body, few, for, shots, Wilde
You may also like
Latest Posts