A majority of WWE superstars believe Deontay Wiler will beat Tyson Fury in their highly-anticipated rematch. Wilder and Fury will clash tonight at the MGM Grand Garden Arena in Paradise, Nevada after their controversial draw two years ago.

Wilder, Fury… It’s hard because I actually got to meet Fury and get to know him a little bit – had a couple of beers with him and Ric Flair, it was pretty cool

This comes four months after The Gypsy King crossed over to Vince McMahon’s promotion to compete at Crown Jewel in Saudi Arabia where he defeated Braun Strowman via knockout.

Roman Reigns got to spend some time with the British star and had some drinks with him as well as two-time Hall of Famer Ric Flair before the boxer’s Halloween encounter against Strowman in Riyadh.

Reigns gives a small advantage to the Lineal Heavyweight Champion as long as he can avoid Wilder’s “heavy hand”.

The four-time world champion told PBC ON FOX: “Wilder, Fury… It’s hard because I actually got to meet Fury and get to know him a little bit – had a couple of beers with him and Ric Flair, it was pretty cool. 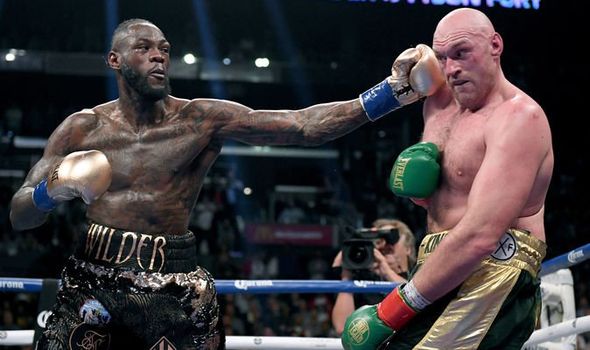 “But Wilder just hits so hard and it only takes one but Fury, he’s a tough man so I’m gonna go off the relationship and the fact that I know the man.

“I’m going [with] Fury and it’s gonna be a great fight, just watch out for that heavy hand man.”

NXT North American Champion Keith Lee, though, is backing Wilder to pick up the win even though he knows how tough Fury is.

Lee is a fan of The Bronze Bomber and is confident he will overcome his 31-year-old rival in Nevada.

The NXT star said: “Fury vs Wilder, it’s a tough one because I know Fury. I’ve seen him at the Performance Center, I watched him train hard and it was best to learn this art that is professional wrestling, that is sports entertainment.

“But I’m a pretty big Wilder fan, I’m not gonna lie. So I would say this, good luck Mr Fury I lean toward Wilder. Good luck to you both, I’m sure it’s gonna be a great fight.”

Renee Young is confident that Fury will be the one getting his hand raised at the end of the fight because she is so impressed with his work in WWE.

Young is adamant that the Mancunian is completely focused in the fight and will get the better of Wilder. 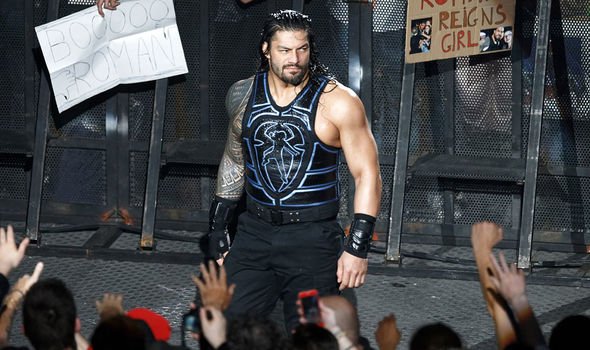 The WWE Backstage host said: “Tyson Fury vs Deontay Wilder, I gotta go with Tyson Fury on this one.

“Mostly because I was so impressed with everything that he did when he came to WWE. I know that he is focused on this matchup against Deontay Wilder. I’m going with Fury on this on, go get’em boy.”

WWE legend Christian believes Fury will “break” Wilder and win the fight by decision even though he doesn’t have the “one-punch power” of his rival.

The two-time world champion bases his prediction on The Gypsy King’s movement which is unlike any other heavyweight he has ever seen in the ring.

The former World Heavyweight Champion said: “I’ a fan of both guys, I really like Tyson Fury. I think that he moves unlike any other heavyweight. Great boxer, great head movement.

“He might not necessarily have the one-punch power that Wilder has but I think he’s gonna break him down this time. I see Fury winning by decision.”

Two-time WWE Hall of Famer Booker T is not sure about Fury’s mindset after his big payday from Crown Jewel.

The six-time world champion also believes Wilder will put together a better performance than in the previous fight and pick up the knockout in either the eighth or ninth round. 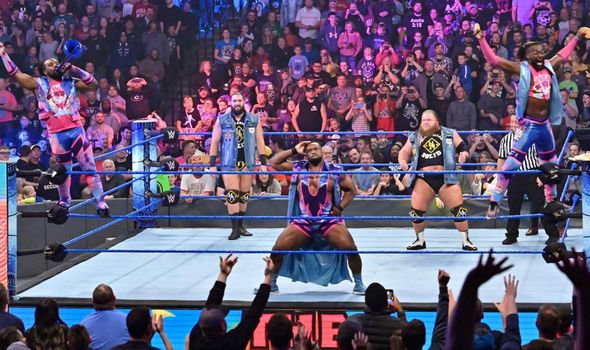 The WCW legend said: “I wonder where is Tyson Fury’s mindset, especially after making all of that money in Saudi Arabia.

“It’s easy to get soft when you got that kind of bank in your pocket. You’re thinking about really going out there and winning, you just thinking about making more bank so my thing is this.

“Deontay Wilder starting late in the game in 20 years old, going to the Olympics, winning a bronze medal and then stepping his game up as he goes along, he’s only gonna get better.

“I see Deontay Wilder always going out and performing in the rematch so much better than he did in the first fight.

“So I think the knockout is gonna come a lot quicker, a lot more swift and I’m gonna tell you, this time it will be a definitive victory for Deontay Wilder. Probably in the eighth or the ninth round.”

WWE Tag Team Champions Kofi Kingston and Big E of The New Day both agree that Wilder will prevail even though they worked with Fury.

Kingston isn’t expecting The Gypsy King to get back up on his feet like he did in the first fight after taking The Bronze Bomber’s hard punch in the face.

The ex-WWE Champion said: “Well to me, I’m not gonna bet against Mr Deontay Wilder. I mean [there is ] no reason. 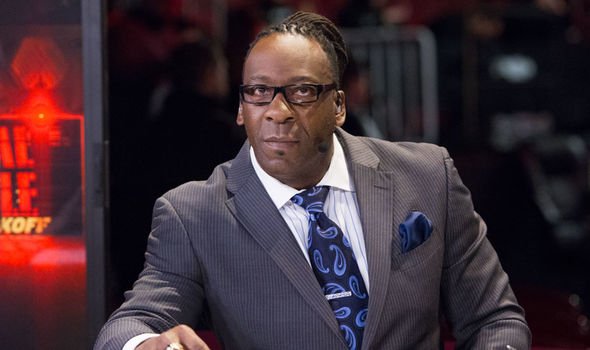 “He’s got a lot of power and you want an analysis? It’s gonna be a knockout.

“Probably late in the fight, wild swing. You know what he does, you’ve seen it do it on several occasions.

Big E admires Fury’s movement and footwork as a “thing of beauty” but is giving Wilder the advantage because of his power.

The ex-Intercontinental Champion predicted that The Bronze Bomber will pick up the win in the eighth round.

The New Day member said: “I feel bad because we worked with Fury, he came on the road with us, did some shows and he was very nice. He’s great and he’s a great boxer, man.

“The movement, the footwork is a thing of beauty but I got to go with The Bronze Bomber, bomb squad.

“I’m gonna go with Wilder by knockout in the eighth [round].”

The third member of The New Day Xavier Woods couldn’t pick the victor and so predicted that the fans will be the ultimate winners after witnessing an absolute classic.

Woods said: “And I of course I’m going to say that the people will win watching that fight. My decision is that I will enjoy the fight like everyone else watching.”

Markieff Morris tweets he’s returning to Lakers
Recent Posts
This website uses cookies to improve your user experience and to provide you with advertisements that are relevant to your interests. By continuing to browse the site you are agreeing to our use of cookies.Ok